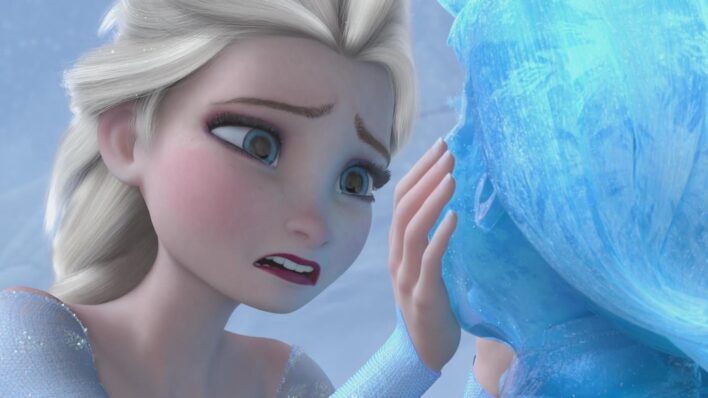 What the Frozen Movies Teach Us About Living With Mental Illness

The Frozen movies broke box offices records, but they also contain a powerful message about living with mental health struggles.

It’s not uncommon for dramas to depict what it’s like to live with mental illness — but to paint a picture of mental illness in a compassionate and realistic way for the big screen is no easy feat.  That said, such films do exist — and surprisingly enough, Disney’s Frozen is one of those them.

Six years after Disney’s Frozen melted the hearts of audiences of all ages, its much awaited sequel — Frozen II is finally upon us.

Introducing us to Princesses Elsa and Anna, the original 2013 movie became the highest-grossing animated movie of all time, which could easily be attributed to its standout song “Let It Go” or its unique story about a princess coming into her own power.

On the surface, Frozen appeared to be just another of Hollywood’s feel-good fairy tales, which in a lot of ways it is, but it offers something more than your average Disney movie.

The movie tells the story of Elsa and her younger sister Anna, the two orphaned princesses of Arendelle. Elsa and Anna aren’t your typical Disney princesses. They are relatable, complex, and flawed.

Here’s how Elsa’s storyline, more specifically, gave young and old audiences alike a glimpse into what it is like to battle mental illness, while delivering powerful messages of acceptance, empowerment and hope.

What Frozen teaches us about mental health

Elsa struggles to accept herself

Elsa is born with magical powers that she cannot control. Everything she touches turns to snow and ice, and she feels different and excluded because of it.

Just like someone who lives with mental illness struggles with their personal demons, Elsa fights to control her unique powers.

She is taught to keep her powers a secret

After she accidentally hurts her little sister Anna with her powers, the King and Queen advise Elsa to keep her powers hidden so that she never hurts anyone again. She is given gloves to hide her fingertips and is taught to suppress her feelings:

Even with the best intentions, parents often neglect to validate what their children are experiencing, leading them to bury their emotions instead of working through them and developing healthy coping mechanisms.

She lives in fear

After their parents die at sea, when the girls are teenagers, Elsa continues her isolation, shutting everyone out, including Anna. Not only does she fear hurting others, but she fears herself.

In the same way people experiencing mental illness often fear judgement because of the stigma that surrounds their condition and choose to isolate themselves, Elsa kept in solitude for years.

She was able to keep her dark secret until, on the day of her coronation, Elsa unintentionally sent her Kingdom into never-ending winter. Filled with shame and fear, Elsa flees Arendelle, seeking refuge in the icy mountains, where she can be alone.

For someone living with mental illness, stigmatizing attitudes can lead to deep feelings of shame, which can be as hard to cope with as the symptoms of the disorder itself.

She has a breakthrough and learns to love herself

Alone in her beautiful ice castle, Elsa eventually removes the gloves that hid her magical powers for so long and lets her hair down, embracing her true self.

Feeling empowered, she belts out “Let It Go” as she releases her past and the fears that have been holding her back. People who suffer from mental illness often struggle with accepting themselves for who they truly are.

The Frozen franchise has done a great job of representing the experience of living with mental illness in a way that children can accept and adults can relate to.

In seeing a hero like Elsa struggle with her emotions, kids learn that they too can be heroes, even if they– or their parents– are dealing with mental illness.

Elsa’s story is one that so many of us can relate to– but by accepting her weakness and opening up to others, she unlocks her true strength and accepts what makes her most powerful of all: her ability to feel.