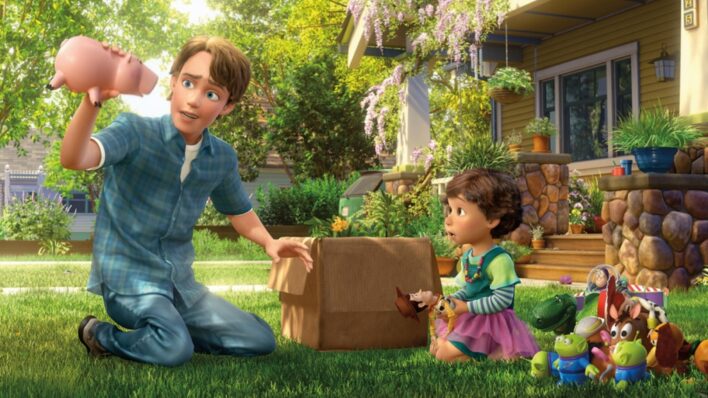 Many adults who grew up with the Toy Story franchise as children are rewatching the series in preparation for the
By Aly Walansky    June 20, 2019

Many adults who grew up with the Toy Story franchise as children are rewatching the series in preparation for the fourth entry in the movie series. While this may be partly motivated by franchise loyalty or a desire to bring their kids to the cinema, nostalgia also plays a big part in it. As Toy Story 3 has shown us, it’s always hard to say goodbye to an old friend.

Christine Fonseca, an author, consultant, and licensed educational psychologist, believes that Pixar and Disney are “counting on” the very powerful effects of this nostalgia.

“The brain takes our most meaningful experiences and ties all of the contextual information to the memory,” Fonseca explains. “This means that we have “affective” memories — or ones in which we strongly connect a specific emotion to the emotional context (the feelings), as well as the sensory imprints of the event.”

Think about how a warm batch of chocolate chip cookies may make you feel — for some, it brings strong feelings of happiness as you remember your mom or grandmother baking them. For others who have unpleasant memories around baking, it may bring sadness.

“Many of today’s millennials  (including my children) grew up watching these stories during the middle of their childhood,” said Fonseca. “They grew up with the character of Andy — they could relate to boxing up the toys in Toy Story 3, crying along with the scene,” said Fonseca.

With the release of Toy Story 4, we can revisit the nostalgic memories of our childhood.

“In addition to the emotional ties between memory and emotions, recent research in the field of positive psychology says nostalgia positively impacts the brain — creating feelings of optimism and hope, and even block[ing] negative emotions,” said Fonseca.

In these trying times, we could use more optimism and hope. Nostalgia impacts our decision-making, often compelling us to recreate that feeling of “simpler” times.

And why would a media powerhouse like Pixar risk everything to push us another Toy Story movie after such a brilliant end to the franchise in Toy Story 3? Because Pixar is brilliant.

“They understand that millennials, one of their main consumers, need an uplift right now — need hope. And this franchise, with its stories of unconditional love and loyalty and beginnings, will pull up all of those feelings AND allow parents to re-introduce the series to their children. It’ll activate both the memory and the emotional sides of the brain — something Pixar fully understands,” said Fonseca.

This is exactly what the Star Wars franchise did… twice. And it has worked both times!

Childhood memories often have a magical quality to them

“They are imbued with a more vivid and emotion-connected element that causes us to also remember other aspects of childhood — like loving family relationships and feeling cared for, nurtured, unaware of the complications of the adult world,” said Dr. Gail Saltz, an Associate Professor of Psychiatry at the NY Presbyterian Hospital Weill-Cornell School of Medicine.

Specific memories of childhood traditions — like yearly holidays or movie franchises that were viewed with family or friends — come to represent childhood itself. “That time period may become somewhat idealized, such that recalling it feels especially nice,” said Dr. Saltz.

The children who viewed the original Toy Story franchise have grown up and are now facing complex, anxiety-inducing issues. The release of Toy Story 4 will give us an opportunity to reconnect with our childhood memories, and re-experience the simple joys and wholesome messages of the franchise.

By staying connected to the optimism and hope of our youth, while maintaining our mature, adult perspectives, we can apply the energy of youth to the wisdom of age.