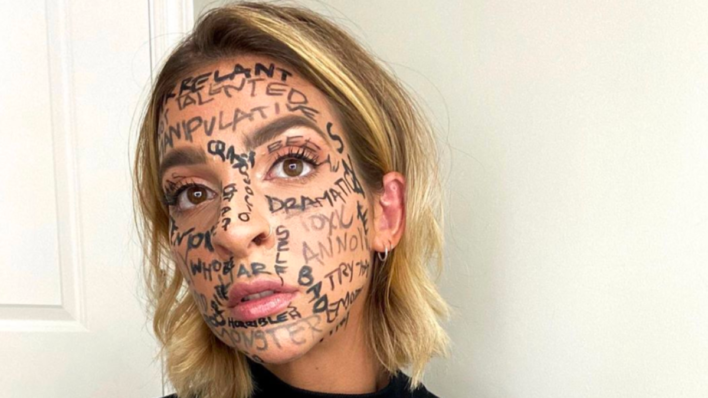 What Gabbie Hanna’s TikToks Show Us About Compassion and Accountability

Gabbie Hanna has seen scandal after scandal. But recently, after posting a slew of TikTok videos in one day, Hanna left fans speculating about her mental health. With some content including racist and transphobic remarks, Hanna has sparked outrage and concern.
By Mikaela Lucido    September 2, 2022

Gabbie Hanna has seen scandal after scandal. But recently, after posting a slew of TikTok videos in one day, Hanna left fans speculating about her mental health. With some content including racist and transphobic remarks, Hanna has sparked outrage and concern.

Social media influencer Gabbie Hanna has accomplished a lot. A singer, comedian, and author, the 31-year-old earned millions of followers in a few short years. However, Hanna has known her fair share of controversies. In late August 2022, Hanna posted well over one hundred TikTok videos in a single day. In these videos, she is seen dancing, singing, and rambling about religion, aliens, race, and more. Her activity led to a wellness check by the LAPD, an alleged break-in, and growing online discourse on accountability.

RELATED: How Elon Musk’s Dark Past with Mental Health and Neglect Created a Controversial Icon

Hanna’s comments about the trans community and Black women are unequivocally harmful. And regardless what caused her erratic behaviour, the star must own up to these offenses. But how can we approach Gabbie Hanna’s actions with kindness and hold her accountable? Is this even possible?

Gabbie Hanna’s journey as an influencer started in the days of Vine, the short form video app which paved the way for TikTok. There, she posted six second skits until the app shut down in 2016. But “The Gabbie Show” went on, shifting to YouTube and eventually, TikTok.

Currently, Hanna has over 7 million followers on TikTok. In 2017, she published Adultolescence, an illustrated poetry collection, followed by Dandelion in 2020. To boot, she is also a singer-songwriter whose album Trauma Queen dropped in July 2022. Yet, despite these accomplishments, for many, Gabbie Hanna is a name attached to words like “drama” or “controversy.”

In the Youtube community alone, Hanna has been involved with multiple feuds. Some of these feuds are with Jessi Smiles, Trisha Paytas, and Joey Graceffa, to name a few. More than anything, though, the star has a reputation for being problematic.

With this in mind, it’s important to reflect on Hanna’s mental health and its impact on her actions.

What to Know About Gabbie Hanna’s Bipolar Disorder

(Please note bipolar disorder is complex in its nature, much less as a topic. No one experiences mental illness in the exact same way. The author is also not an expert by any means but has lived experience with mental illness.)

Over the years, Gabbie Hanna has been fairly open about her struggles with mental illness, namely with anxiety, depression, and bipolar disorder. The latter is often stigmatized in the media. Those with bipolar disorder are ridiculed, underestimated, and labelled “too crazy.”

Generally, fans see Hanna’s monologues as the result of a “manic episode.” The American Psychological Association defines mania as “state of excitement, overactivity, … often accompanied by over optimism, grandiosity, or impaired judgment.” This definition may align with fans’ perception of Hanna’s TikToks. (In some, Hanna claimed to be the second coming of Christ.)

RELATED: TikTok’s Most Dangerous Trick May Be Killing Your Happiness – But There Is A Cure

Contrary to pop culture’s portrayal, bipolar disorder is not an emotional seesaw. It does come with both manic and depressive episodes. Everyone experiences these episodes uniquely in terms of length, frequency, or intensity. And difficult as it may be to live with, it is highly reductive to think bipolar disorder is untreatable.

Truthfully, only trained mental health professionals working directly with Gabbie Hanna can speak to her state in terms of specifics. Only they can diagnose her and provide clinical support. Still, as an influencer whose behaviour has both concerned and harmed others, it’s inevitable the public will scrutinize Hanna.

So, let’s talk about Hanna’s bigotry. Bottom line: her statements directly hurt marginalized communities and perpetuate wrong and harmful ideas. At first glance, it might seem there are two main opposing responses: Hanna needs to be held accountable versus Gabbie Hanna needs help and support.

But what if we can hold these two truths?

As a wealthy white celebrity, Hanna is afforded privilege. Some believe blaming her monologues on mental illness only undermines their negative impact, allowing those who are white and mentally ill to escape accountability. Others are calling for kinder commentary in light of her suffering.

These are both crucial ideas which bring up the question of what accountability looks like for someone going through a manic episode in the moment. Rather than move past someone’s harmful behaviour on account of their mental health, we can call them out intentionally.

RELATED: The Toxic Relationship That Made Millie Bobby Brown Quit TikTok – And How She Rose Above It

YouTube commentator Vangelina Skov, who is not a Gabbie Hanna fan by any means, recently called for a more compassionate lens. “If we are to assume [she’s] not attention-seeking, and it is a mental health crisis, I think having a million tea videos made about [her] saying that she’s acting horribly and she’s being a horrible person … is gonna make it worse. I think collectively, maybe we should try and right some of the wrongs and just try and be kind,” the Youtuber says.

Skov’s response does not minimize the fact Hanna has done wrong, but accentuates the effect of high volume hate. Support does not mean breaking into someone’s house on account of a parasocial relationship. It also doesn’t look like turning a blind eye. Instead, it could mean encouraging Hanna to take a step back as she recovers before having her address her actions.

At the end of the day, even after this episode passes, Hanna may not rescind her comments. Her self-reflection and growth is not our responsibility. But we all might benefit from approaching media figures as humans — with intentionality and compassion.