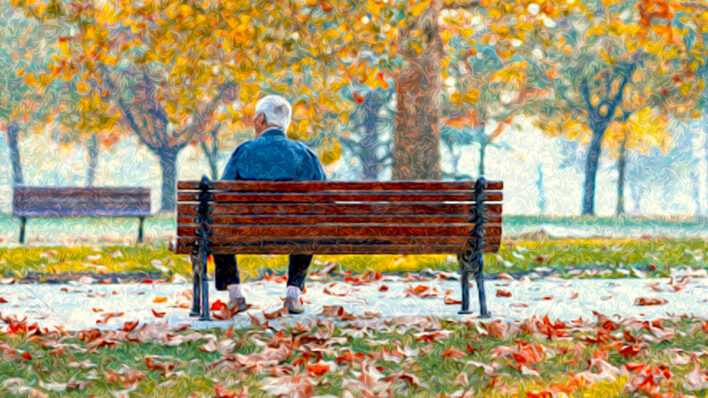 One 91-year-old man with dementia sits outside every day not knowing exactly why. And then a group of his friends arrive and bring light to his life.
By Lindsey Staub    March 25, 2022

One 91-year-old man with dementia sits outside every day not knowing exactly why. And then a group of his friends arrive and bring light to his life.

Though Gene McGehee can’t remember the friends he makes every afternoon, he can remember how they make him feel.

When the 91-year-old McGehee heard the laughter of children from across the street, he went outside to investigate. In the mild cold of a January in Vidalia, Louisiana, he found a daycare full of kids playing and wanted to join them. He introduced himself to the daycare teacher Megan Nunez, who in return provided her name for Gene.

Gene has been meeting Megan for the first time everyday, for three years.

“Every day I cross the street and we meet again,” Megan said.

Why an Elderly Man with Alzheimer’s Instinctively Goes Outside Daily

Gene has severe dementia, causing him to have such a terrible memory, he can barely remember his own face. In addition to the forgetfulness, there is another side effect of Gene’s severe dementia: loneliness. His daughter Cathy is grateful to the daycare kids, who include him in their games daily, for helping Gene through his loneliness.

Oh my goodness, they have been such a blessing to daddy. And he lights up.

For an hour every afternoon, Gene meets the children outside. Though he won’t remember the interaction the next day, he will again hear the voices of the children and exit his home to meet them.

How One Elderly Man with Alzheimer’s Makes Friends Everyday

Something deep in the recesses of his mind beckons him to visit those children, though he believes it’s for the first time. Hidden inside his fogginess is a memory that going outside to see these kids brings him joy.

He just goes right to the front yard. Because it’s love. And, you know, everybody responds to love.

As for the children, all they know is their friend is struggling with an illness.

“We always tell the kids that his brain is kind of sick, but his heart remembers us,” Megan said.

How an Elderly Man and Some Kids Proved Unconditional Love Exists

Gene’s story is a testament to the power of love. It cuts through even the most confused mind and reminds the loneliest person of their worth. For Gene, the children’s love has given him something to look forward to, though he doesn’t exactly remember what it is.