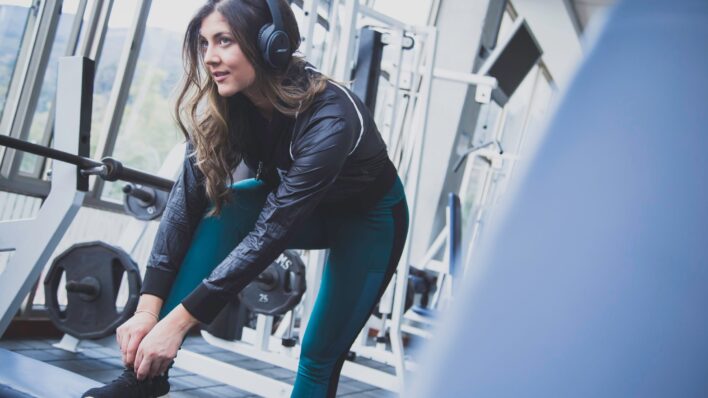 There’s a lot of information out there about how to create new habits. So much that it can be overwhelming.
By Matt Valentine    December 27, 2018

There’s a lot of information out there about how to create new habits. So much that it can be overwhelming.

There’s a lot of information out there about how to create new habits. So much that it can be overwhelming.

However, I find it interesting that most people break one of the most important habit “rules” when it comes to trying to making working out a habit: they don’t do it daily.

There’s just something about working out, perhaps the level of mental exertion that physical exercise places on the mind, but when most people take up working out and try to make it a habit, they only work out two, three, maybe four days a week and expect to keep it up.

Working out anchors my day.

One of the most important parts about making something a habit is that, at least in the beginning, you do it continuously (which typically means daily).

In the beginning, the whole process of creating a habit is very fragile. It’s based entirely on your personal energy. If you lose that sense of motivation your energy plummets and you can no longer get yourself to perform the task.

It’s no surprise then why people have a hard time getting into the habit of working out regularly. However, there’s more to it than that. At least, there’s much more you can do to increase the odds that you’ll be able to make working out a habit.

Stick to exactly the same time every day

However, a big word of warning: A lot of people love the idea of working out in the morning but don’t even wake up earlier than the time they have to get up for work in the first place. As a result, they make the effort of working out twice as hard by stacking another difficult habit (early rising) onto it at the same time.

By doing so, they’re quite literally inviting failure as it then becomes much more difficult to stick to the task consistently.

Instead, set your regular workout to after you get off work or another relevant time and if you’d like to work on waking earlier do that separately until you’ve proven you’re consistent enough to move your workout time.

So, yeah, I’m telling you to go back on what I just said if you need to (only in the beginning, only sometimes). The most important thing is that you work out each and every day, so if sometimes you miss your time it’s important to still work out that day.

If it’s ten o’clock and you’re tired, do some push-ups in your bedroom then sprint in place for a few minutes. It might not be as effective as your regular workout, but you want to make sure you’re training your body every single day to exert itself and your mind to grow accustomed to that kind of intense physical activity.

Striving to stick to a schedule is critical but making sure you do the activity itself each day is even moreso. So, don’t miss your workout no matter what you have to do.

Make it fun and interesting

A lot of people dread the idea of walking into the gym each day. That’s not because working out is hard, it’s because what they’re doing doesn’t excite them.

There are many others who love to go to the gym because they see the progress and gain quite a bit of pleasure from the activity. You might not have that in the beginning but you can still utilize this principle to your advantage by finding types of physical activity that can serve as healthy workouts which still excite you.

My favorite is any kind of martial art. Something simple like a cardio kickboxing class is immensely more fun to me than running and it’s just as good a cardio activity as running or anything else is (plus, it builds some strength).

There are other activities you can try out as well such as running outside (way more fun than running on a treadmill) and most types of dance.

You might still want to get in some strength training depending on what your fitness goals are, however, such activities will definitely mix things up enough to keep them interesting and that will help keep you coming back for more.

And simplify the process of getting started

Lastly, remove as many hurdles between yourself and working out as possible. Every little thing can serve as a kind of mental resistance that your brain will use to full effect to keep you from taking action.

Most importantly, that means you should lay out your workout clothes in the morning if you’re doing so first thing or bring your bag all ready to go with you to work so you can drive straight to the gym at the end of your work day.

Also, make your workout short and simple. Don’t try to jump immediately into a one-hour workout with cardio and strength training and any kinds of bells and whistles or you’ll just discourage yourself to keep going.

Start out with thirty minutes and keep it simple and you’ll be much more likely to keep at it. Over time, you can increase the time you’re working out and make your workout more complex.