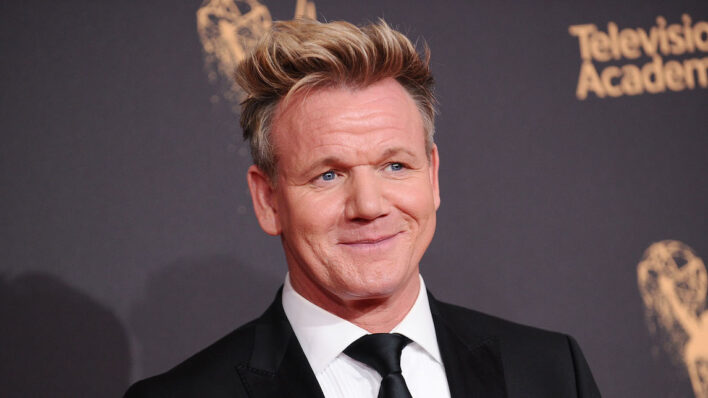 Why Gordon Ramsay’s Children Will Not Inherit His Money

Gordon Ramsay may be the king of the culinary space, but there isn’t a hint of entitlement about him.  Over
By Shaoni Das    February 17, 2021

Gordon Ramsay may be the king of the culinary space, but there isn’t a hint of entitlement about him.

Over the years, he has become a beloved and captivating fixture on nearly every single type of cooking program, whether it’s Masterchef or Hell’s Kitchen or Ramsay’s Kitchen Nightmares. In fact, if you’re asked to name the most famous chef in the world, Gordon would probably be the first and, quite possibly, the only name that comes to mind.

In his 17 years as a television personality, Gordon has built a reputation as a formidable, foul-mouthed, and hot-tempered perfectionist. Someone who’s always pushing his chefs and protégés to be their best, to serve food of the highest quality, and ensure that hospitality is of the highest standard.

Gordon takes no prisoners while leading the charge — all anyone can do is bow down and follow orders or crumble under pressure. His seemingly harsh demeanour has led many to question whether he brings his attitude home. Do his children have to endure his terrifying tirades? Does he demand absolute perfection from them as well?

It turns out that the answer to the question is both a yes and a no. Therefore, it would probably be insightful to reflect on his journey as a father and what he has envisioned for his children.

Despite fertility struggles and a miscarriage, Gordon and Tana are parents to five children

Gordon met his wife Cayetana Elizabeth Hutcheson in 1992 when Gordon was 26 and his future wife only 18. Funnily enough, Cayetana, also known as Tana, was dating another sous chef at the time, Tim, who also happened to be Gordon’s friend, but the relationship didn’t last. Gordon and Tana started seeing each other soon after and dated for four years before tying the knot.

The first few years of their marriage were strained due to Gordon’s erratic work schedule and the couple’s well-known struggles with conceiving. Tana discovered early on that she was suffering from polycystic ovarian syndrome. Gordon also shared that he himself had a low sperm count due to standing in the kitchen, “close to the stove,” for hours on end. Not to mention the tremendous amount of stress that follows the life of a chef.

The couple turned to IVF and were able to get pregnant with their first daughter, Megan. She was born in 1998. Encouraged by Megan’s birth, Gordon and Tana continued with the IVF treatments and welcomed twins Jack and Holly in 1999. Their fourth child, daughter Matilda, was born in 2002, conceived naturally.

The pair announced that they were pregnant with a baby boy in 2016; however, Tana suffered a miscarriage five months into the pregnancy. The loss left the family in shock, but they were all able to grieve together and become closer as a family unit. Three years later, in 2019, Tana and Gordon welcomed their fifth child, son Oscar.

[The miscarriage] has brought us all so much closer. You realise how lucky you are, and you reflect on what you have, how fortunate you are with your remaining children, and you remind yourself of what you’ve got. It’s made the family unit even tighter.

His kids have all pursued different careers, from joining the Marines to writing cookbooks

All adult Ramsay children have active social media accounts and are frequently seen partaking in viral challenges with their father. Their dance and social media shenanigans demonstrate a lighter, funnier side of Gordon that viewers don’t usually catch on TV. The kids have also featured extensively in Gordon Ramsay’s Home Cooking series, where they are seen lending a helping hand to their father as he prepares exquisite dishes in the kitchen.

As for their professional lives, Megan, their oldest child, graduated with a Psychology degree from Oxford Brookes University. She has worked as an HR executive and was reportedly interning for a travel company most recently.

Holly Ramsay studied fashion designing at Ravensbourne University in London and has become a social media star in recent years. She’s always up for doing a goofy dance with her siblings or father. She’s an avid marathon runner and has also secured modeling contracts with Est Models and Talent Agency.

Holly’s twin Jack took part in the Ramsay cooking shows here and there, but his true passion lies in “Bear Grylls and the Marines,” as reported by Gordon. The young man joined the Royal Marines in October 2020, and papa Ramsay couldn’t be prouder. He shared a photo of Jack dressed up in a traditional Marine uniform, with the caption reading, “Can’t tell you enough how proud I am of this young man Jack Ramsay you’ve made me feel like the proudest father today congrats on joining @royalmarines what amazing achievement.”

Matilda Ramsay, Gordon’s youngest daughter, is perhaps the most suited to follow in her father’s footsteps. She is a budding chef and has been a presenter and guest on a number of food-related shows, including Hell’s Kitchen, Masterchef Junior, The F Word, and more. Matilda also leads the reality show Matilda and the Ramsay Bunch, which follows the Ramsay family, specifically Matilda, as they’re learning new skills, going on local and international adventures, and trying their hand at fresh and innovative recipes and cuisines. Matilda’s features are focused on introducing the culinary arts to a younger audience, and she even has her own cookbook dedicated to this mission.

Gordon’s children may be flourishing in their respective fields, but he also wants to ensure that they keep working hard to earn their keep. In an interview, he said that he has no plans of leaving his $220 million fortune to his brood. Instead, he wants his kids to stand on their two feet and make a name for themselves independently.

It’s not just the inheritance that he’s keeping from his children; he also keeps them grounded by making fly in Economy Class during flights. Gordon makes this call because he doesn’t think the kids have earned the privilege of riding First Class like him and his wife.

[My money is] definitely not going to them, and that’s not in a mean way; it’s to not spoil them. The only thing I’ve agreed with Tana is they get a 25 percent deposit on a flat, but not the whole flat.

Gordon Ramsay on The Telegraph

Gordon doesn’t have a particular preference in terms of their careers, but whatever it is that they end up pursuing, he doesn’t want them getting any favours due to their famous dad. Even in terms of their monthly allowance, Gordon said that he doesn’t like to over-indulge them and only gives them meager amounts for one-off activities, such as hanging out with friends or watching movies.

And if they do join the family business, they need to climb their way up like any other staff member. He doesn’t want his employees feeling like the kids get special privileges in the kitchen, so he would prefer that his children go pick up skills from other areas and bring them back to improve his business proactively.

You want to work in this business? You f*** off to another chef, learn something different and come back with something new to improve the business. I don’t want the staff thinking: ‘F*** it’s Ramsay’s kid, we can’t tell them off.’

Gordon Ramsay on The Telegraph

Tough love can sometimes be just what you need

Growing up in a working-class background, Gordon knows all too well about the value or lack thereof of money. He’s said previous that he has “more money than [he’ll] ever need.” Therefore, he maintains his philosophy that if he could work hard, learn his craft, and climb his way up the ladder, there’s no reason his kids can’t do the same thing. He doesn’t want his children to get complacent and expect that everything will be handed to them on a golden platter. That’s why he is putting them through his course of tough love and instilling in them a true appreciation for money, family, and discipline.

Tough love isn’t a one-size-fits-all solution when it comes to raising children or taking care of family members. But sometimes, in certain situations, it will absolutely hand you results and teach you the most foundational teachings in life. Sometimes, if you want to push someone into being the best version of themselves, you have to give them a dose of tough love and expect that they will overcome the challenges and come out on the other side as a better person.

Gordon can be soft and funny when he wants to be, but in the grand scheme of things, he’s got his priorities figured out. It’s only because he loves his kids that he wants them to learn, improve, and grow. If he can express this love for his dear ones, there’s no reason the rest of us can’t follow.