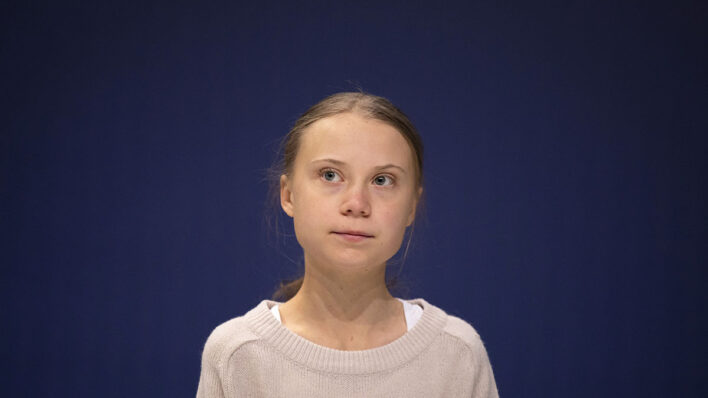 Greta Thunberg is the youngest person to be named Time’s Magazine Person of the Year, as a result of her environmental activism and climate strike.
By Aly Walansky    December 11, 2019

Greta Thunberg is the youngest person to be named Time’s Magazine Person of the Year, as a result of her environmental activism and climate strike.

Despite being only 16 years old, Greta Thunberg has made a huge impact on the world. She’s been doing amazing things, raising awareness about climate change and the environment. Now, she has been noticed in a big way!

Today, Greta Thunberg was named Time Magazine‘s 2019 Person of the Year in honor of her climate campaign which, in a short amount of time, became a global movement.

Since she founded the Youth Strike for Climate movement, Greta was also nominated for a Nobel Prize due to the worldwide impact of her work. However, she has managed to accomplish so much more.

As Time reported, “in the 16 months since, she has addressed heads of state at the UN, met with the Pope, sparred with the president of the United States and inspired four million people to join the global climate strike on Sept. 20, 2019, in what was the largest climate demonstration in human history.”

The great Margaret Atwood has even compared her to “Joan of Arc.” But her influence also extended to dictionaries, as Times’ article indicates: “After noticing a hundredfold increase in its usage, lexicographers at Collins Dictionary named Thunberg’s pioneering idea, climate strike, the word of the year.”

Former US vice president Al Gore, himself a notable environmentalist, said the magazine made a “brilliant choice.”

Greta embodies the moral authority of the youth activist movement, demanding that we act immediately to solve the climate crisis. She is an inspiration to me and to people across the world.

Thunberg turns 17 in January and has no plans of slowing down. In fact, right now, she is attending a United Nations climate summit in Madrid!

She also destroys stigma around differences

Part of Greta’s impact resides in her unwillingness to let her age or her Asperger, which she considers to be her “superpower,” stop her from pursuing what she feels passionate about. Despite all the backlash received, she never lost track of what really matters to her. It is no wonder that she is now being recognized for all her hard work.

Greta’s journey reflects the importance of focusing on what we feel strongly about. Staying true to our passions and working towards achieving them can never betray us, no matter how old we are.