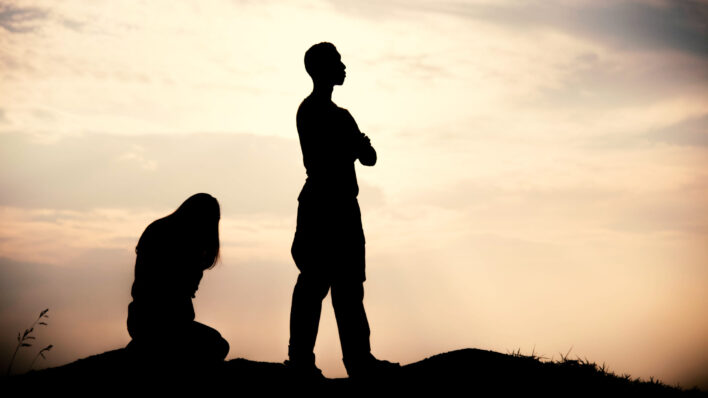 Emotional Wounds: Why Even Stupid Rejections Smart a Lot

The following is a Goalcast exclusive excerpt from Guy Winch’s Emotional First Aid: Healing, Rejection, Guilt, Failure, and Other Everyday

Rejections can cause four distinct psychological wounds, the severity of which depends on the situation and our emotional health at the time. Specifically, rejections elicit emotional pain so sharp it affects our thinking, floods us with anger, erodes our confidence and self-esteem, and destabilizes our fundamental feeling of belonging.

Many of the rejections we experience are comparatively mild and our injuries heal with time. But when left untreated, even the wounds created by mild rejections can become “infected” and cause psychological complications that seriously impact our mental well-being. When the rejections we experience are substantial, the urgency of treating our wounds with emotional first aid is far greater. This not only minimizes the risk of “infections” or complications but also accelerates our emotional healing process.

In order to administer emotional first aid and successfully treat the four wounds rejection causes, we need a clear understanding of each of them and a full appreciation of how our emotions, thought processes, and behaviors are damaged when we experience rejections. Emotional Wounds: Why Even Stupid Rejections Smart a Lot

Imagine you’re sitting in a waiting room with two other strangers. One of them spots a ball on the table, picks it up, and tosses it to the other. That person then smiles, looks over, and tosses the ball to you. Let’s assume your tossing and catching abilities are up to the task. You toss the ball back to the first person, who quickly tosses it to the second. But then instead of tossing the ball to you, the second person tosses it back to the first person, cutting you out of the game. How would you feel in that situation? Would your feelings be hurt? Would it affect your mood? What about your self-esteem?

Most of us would scoff at the idea. Two strangers didn’t pass me a stupid ball in a waiting room, big deal! Who cares? But when psychologists investigated this very situation, they found something quite remarkable. We do care, far more than we realize. The ball tossing scenario is a well-researched psychology experiment in which the two “strangers” are actually research confederates. The “subject” (who thinks they are all waiting to be called for an entirely different experiment) always gets excluded after the first or second round of ball tossing. Dozens of studies have demonstrated that people consistently report feeling significant emotional pain as a result of being excluded from the ball-tossing game. What makes these findings remarkable is that compared to most of the rejections we experience in life, being excluded by two strangers tossing a ball is about as mild as rejection gets. If such a trivial experience can elicit sharp emotional pain (as well as drops in mood and even self-esteem) we can begin to appreciate how painful truly meaningful rejections often are. That is why getting dumped by someone we’re dating, getting fired from our job, or discovering that our friends have been meeting up without us can have such a huge impact on our emotional well-being.

Indeed, what separates rejection from almost every other negative emotion we encounter in life is the magnitude of the pain it elicits. We often describe the emotional pain we experience after a significant rejection as analogous to being punched in the stomach or stabbed in the chest. True, few of us have actually been stabbed in the chest, but when psychologists asked people to compare the pain of rejection to physical pains they had experienced, they rated their emotional pain as equal in severity to that associated with natural childbirth and cancer treatments! As a counterpoint, consider that other emotionally painful experiences, such as intense disappointment, frustration, or fear, while highly unpleasant, pale in comparison to rejection when it comes to the sheer visceral pain they cause.

But why do rejections hurt so much more than other emotional wounds?

The answer lies in our evolutionary past. Humans are social animals; being rejected from our tribe or social group in our pre-civilized past would have meant losing access to food, protection, and mating partners, making it extremely difficult to survive. Being ostracized would have been akin to receiving a death sentence. Because the consequences of ostracism were so extreme, our brains developed an early-warning system to alert us when we were at risk for being “voted off the island” by triggering sharp pain whenever we experienced even a hint of social rejection.

In fact, brain scans show that the very same brain regions get activated when we experience rejection as when we experience physical pain. Remarkably, the two systems are so tightly linked that when scientists gave people acetaminophen (Tylenol) before putting them through the dastardly ball-tossing rejection experiment, they reported significantly less emotional pain than people who were not given a pain reliever. Sadly, other negative emotions like embarrassment do not share these characteristics, rendering Tylenol ineffective when we get the date wrong for our office Halloween party and show up to work dressed like Marge Simpson.

Guy Winch, Ph.D., is a licensed psychologist, author, and in-demand keynote speaker whose books have been translated into twenty-three languages. His most recent book is Emotional First Aid: Healing Rejection, Guilt, Failure, and Other Everyday Hurts (Plume, 2014). His upcoming book, How to Fix a Broken Heart, will be published by TED Books/Simon & Schuster in February 2018. Dr. Winch's viral TED Talk, Why We All Need to Practice Emotional First Aid, has been viewed over 4.5 million times and is rated among the top 5 most inspiring talks of all time on TED.com.