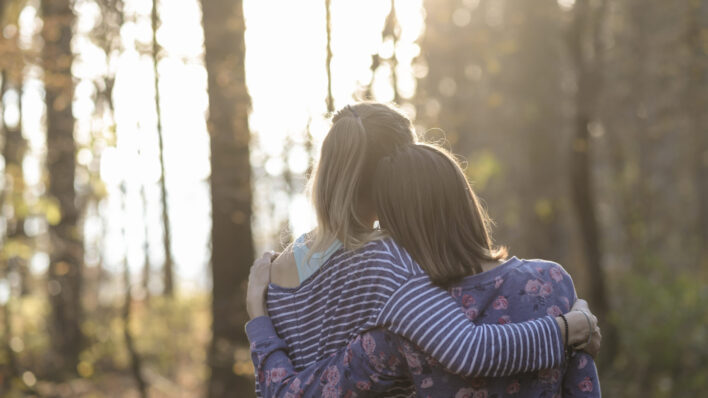 Let’s learn about the power of empathy and the habits of the most empathic people in the world, to bring out the best in you.
By Matt Valentine    October 29, 2018

Let’s learn about the power of empathy and the habits of the most empathic people in the world, to bring out the best in you.

Much has changed about the way we see the mind and its inner workings in the past decade.

For much of history, a predominant belief has been that human nature is inherently selfish. And that’s been hard to argue.

However, research over the past decade has told a very different story.

Empathy is defined as the ability to feel what others are feeling. As the old saying goes, to “step into another person’s shoes.” And, it turns out, we may actually be wired for empathy and social cooperation and not selfish creatures at our core.

According to empathy researcher Roman Krznaric on the Greater Good Berkeley blog, empathy is something that anyone can cultivate in their daily life.

That’s important because it’s empathy which allows us to connect effectively with others, a skill useful for literally every aspect of life from your personal to professional relationships.

But what does a highly empathic person look like? What habits define those who make the most of this critical skill? By knowing more about their habits we can better develop greater empathy in our own life.

We need empathy to create a new kind of revolution. Not an old-fashioned revolution built on new laws, institutions, or policies, but a radical revolution in human relationships.

These are six habits of highly empathic people.

1. They have a natural curiosity about people

Highly empathic people (or HEPs) retain that same natural curiosity for meeting new people that we all had as children.

Krznaric says it’s about finding the other person more interesting than ourselves and that HEPs are “not out to interrogate them.”

This natural curiosity allows us to meet new people and learn about their stories and perspective, further expanding our own understanding and allowing us to cultivate empathy towards them.

2. They challenge their own misconceived notions about people

Life’s experiences, T.V., movies, and other influences inform our decisions about the world. Because of this, we grow up with certain notions about people or “collective labels” as Krznaric refers to them.

Highly empathic people challenge these notions and seek to understand people rather than judge them outright. They understand that the prejudice and perceptions we cultivate can often be wrong so they’re always looking to learn more about that which they don’t yet fully understand.

3. They place themselves in other people’s shoes

Every once in a while, there’s some real wisdom in those old sayings. Placing yourself in “someone else’s shoes” as I mentioned earlier is one of those sayings.

4. They’re good listeners and aren’t afraid to open up

The two qualities of what Krznic calls an “empathic conversationalist” are:

Taken together, an empathic conversationalist is someone who doesn’t just know how to listen deeply but also knows how to connect deeply with another person.

5. They know how to move others to action

An interesting habit of highly empathic people is their ability to use the power of empathy to move large groups of people to take action or create some positive social change.

As much as we complain to our governments to create the change we want to see, a careful look through history will show one that most of the significant positive changes that have happened throughout have been these kinds of large social initiatives, often led by a single person’s desire to create positive change.

But HEPs don’t need to read history books to know this. They understand the power of empathy because they’ve seen that power firsthand, having used it in their daily life on a smaller scale that hints to them– or even screams– the more widespread power of empathy to create great change.

6. Their empathy encompasses all of humankind– not just the good or suffering parts

Another habit of highly empathic people is that their empathy doesn’t only reach those people who are suffering or clearly good-hearted.

Highly empathic people understand that not extending the same kindness to those who might be considered adversaries or who simply hold contrary opinions or do wrong doesn’t make sense.

They understand the common ground we all share– the feelings, experiences, and pain– and seek to understand all of it instead (because they understand they don’t know everything) of just the parts they like or can sympathize with.