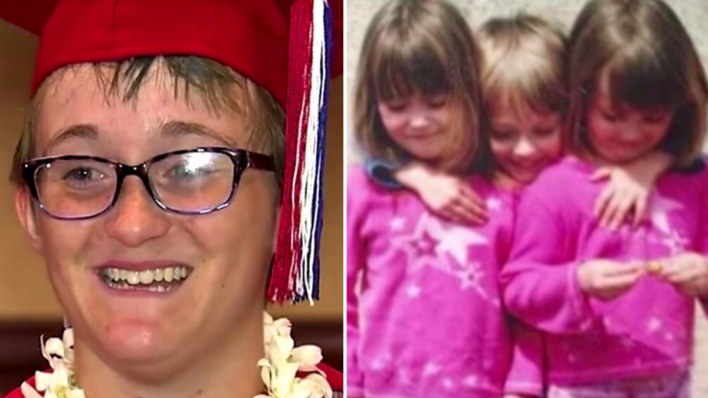 Hayley, Cassidy and Sierra Yeckes had an extremely tough childhood and grew up in an unlikely family situation. Yet despite all of the hardships they faced they relied on one another to push through. In the end, they graduated high school with honours, but they had no idea how much their community would pull together to help them out with their next steps in life.

How 3 Sisters Relied on Each Other Through a Rough Childhood

These girls lost their mom when they were just three months old. After their mother passed away their father took care of them, but he wasn’t always around and, eventually, he went to jail.

“He was absent weeks on end and it just was a lot of home stress,” Cassidy told FOX5 back in 2017.

So the sisters were passed around from home to home and lived with their neglectful grandparents for a time. They didn’t believe in school, so the girls didn’t even begin going until they were eight years old. Eventually, they took on babysitting and grocery store jobs in order to support each other and stay afloat.

The three of us have relied on each other as a support system and that helped a lot… so, I think if we hadn’t had that, if we were all single children or if we were even different ages we’d be in a different situation.

How 3 Sisters Overcame All Odds and Graduated With Honors

By the time the sisters attended Valley High in Las Vegas, teachers noticed they were withdrawn and didn’t trust authority figures. In fact, the only people they seemed to trust were one another. Luckily, the teachers and staff introduced the girls to the GEAR UP program, a.k.a the Gaining Early Awareness and Readiness for Undergraduate Program.

RELATED: Man Buys His Homeless Friend A Coffee Every Week – Gets An Unexpected Surprise One Morning

Through GEAR UP the sisters finally felt as though they had the support they had always needed, and they even opened up to their teachers about their home life. The staff was shocked but they helped the girls out. Eventually, they graduated with honours.

These three girls together are the definition of adversity rising above any challenge, any obstacle thrown their way and still wanting to look at success.

“I think they are little miracles,” the school’s social worker Sarah Garcia told KSNV news. “They’ve had a million reasons not to succeed and a million and 10 that they have been succeeding.”

The Surprise 3 Sisters Received From the Community After Graduation

The perseverance and commitment these strong young women showed inspired an entire community. So come graduation, the community wanted to give back to them and help set them up to succeed even more in life. FOX5 gave them each $5,000 for college expenses for when they head to the University of Nevada, Las Vegas, with full scholarships.

RELATED: Son Chooses To Be Homeless With Unemployed Dad – Until Doctors Step In With Incredible Offer

That’s not all. Each sister also received a new car, plus a year’s supply of gas courtesy of America First Credit Union. Now Sierra’s dreams of becoming a teacher, Kassie’s determination to enter nursing, and Hayley’s desire to become a social worker seem more realistic than ever.

How 3 Sisters Proved the Importance of Never Giving Up

If there’s one thing these sisters drive home with their story it’s to never give up. No matter how dark life seems to be, they prove there are brighter days ahead if you can just hold on and find a way to push through.

The Yeckes sisters also remind us how we never really know what someone else is going through. On the surface, these sisters appeared to be regular girls with normal home lives — not three homeless sisters who were making do with what they had and just trying to get by each day.

That’s important to remember in our everyday lives too, as we try not to judge others and understand there may be more to their actions than meets the eye. Whether you ask someone if they’re all right, offer to do something kind, like pick up groceries, or simply text them to check in once in a while, your presence alone may be enough to help someone else keep going, too.

never give up
“Instead of letting your hardships and failures discourage or exhaust you, let them inspire you.” – Michelle Obama
Tags
Share
← Prev Post Next Post →