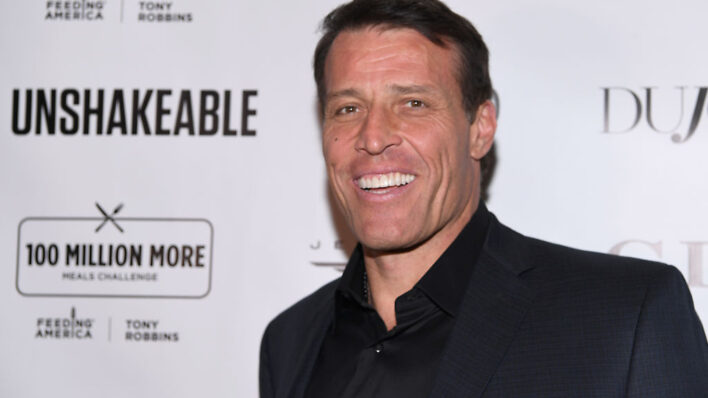 How the World’s Most Successful People Set Goals

No matter who you are or what you want to do with your life, everyone has goals and dreams. Equally, there
By Matt Valentine    January 16, 2019

No matter who you are or what you want to do with your life, everyone has goals and dreams.

Equally, there are a million books out there that claim to help you effectively set and achieve those goals, some with very little effort. Some of these books are exceptional and offer concrete advice, others not so much.

But a much more effective way of discovering the best way to set and achieve goals is to look at those people who have already done it, masters of their craft and the most successful among us. Or, more specifically, done what (or something like what) you’d like to do.

Setting goals is the first step in turning the invisible into the visible.

These insights are much more difficult to come by, though, as they tend to lie within the individual stories of these exceptional performers, hidden in books and speeches. But by peering closer and comparing these various stories we can discover clues that can tell us how the world’s most successful people set goals.

The legacy of Think & Grow Rich

The legacy of the Napoleon Hill bestseller Think & Grow Rich may be mired in mystery and, on one point at least a bit dated, but it serves as the best starting place if our goal is to discover how the world’s most successful people set goals.

Much of the book is devoted to achievement, however, arguably the most important lesson of the book (one which can be discerned within the first few dozen pages, no less) offers a strong hint as to how the most successful set goals as well.

RELATED: Universal Habits to Adopt If You Want to Plan Your Life and Achieve Your Goals

In part one of the book, Hill demonstrates several examples of a mysterious unnamed principle to which he suggests is the real “magic” to achievement in anything.

He gives several examples, but my favorite is that of Edwin C. Barnes, a man who with nothing to his name decided in his mind that he’d go into business with then famous inventor Thomas Edison. Long story short, he accomplishes his goal several years later after starting work in Edison’s lab cleaning floors and gradually working his way up.

It was the way Barnes set his goal initially that influenced the way he pursued it over those years. Upon setting his goal, he decided in his mind that it didn’t matter how long it took or what was required of him, he’d accomplish his goal no matter what. It’s this unstoppable resolve, the power of a made up mind, and a fully dedicated long-term vision which is the key to setting goals effectively.

In 1971, a man by the name of Bruce Lee rose to stardom in China, having landed the starring role in The Big Boss, a film which would later become one of Lee’s great martial arts classics. Soon after that he’d do the same in the states. And the rest is (an extremely bad-ass) history.

But what most don’t know is two years prior, on a paper dated 1969, Lee documented his major goal to become the highest paid Oriental star in the states. The paper was titled “My Definite Chief Aim”, a fancy term for goal coined by Hill in the same Think & Grow Rich.

The letter, written by Lee himself, read as follows:

I, Bruce Lee, will be the first highest paid Oriental super star in the United States. In return I will give the most exciting performances and render the best of quality in the capacity of an actor. Starting 1970 I will achieve world fame and from then onward till the end of 1980 I will have in my possession $10,000,000. I will live the way I please and achieve inner harmony and happiness.

Bruce passed away four years later in 1973. But by then, he had already accomplished his goal.

Bruce was famous for being focused to the point of obsessive on his primary efforts, those being primarily the development of himself as a human being, a martial artist, and his goal of becoming the first famous and rightfully compensated Asian actor in the U.S.

This unstoppable spirit proved to be effective as he still retains a place among Hollywood legends even today, having occupied his space in the limelight for no more than a few years.

You do it with all of your being

Many of us like to think that we can accomplish something by placing a small portion of our time into that thing each day. We have a comfortable life which we’d like to hold onto and aren’t willing to give that up in pursuit of our goal.

But perhaps the achievement of a significant goal requires such a furious resolve, the willingness to give every ounce of yourself and more to a cause. Only then, might we accomplish that goal.

“Each and every worthy pursuit you affiliate yourself with will always take 10X the amount of effort, time, money and people than you originally expected,” says Grant Cardone in The 10X Rule: The Only Difference Between Success and Failure.

Anyone who has ever set a big goal and then worked to pursue it can support this idea. We tend to underestimate what is necessary to accomplish something, so the typical mentality of placing a small portion of our time and mental energy into something and having it work out perfectly is unreasonable. In most cases, it just doesn’t work.

The rise of a giant

When a 19-year-old Tony Robbins, living in a 400-square foot apartment in Venice, California, hit rock bottom he was overweight, jobless and broke, and found himself sitting around watching soap operas all day.

“General Hospital—I can tell you the whole story,” said Robbins in an interview with CNN. “I know Luke and Laura. I know when they got married. I was there.”

But he didn’t put a few minutes each day towards his goal of total mental and physical self-transformation, he dedicated his entire waking life to the goal and was going to make it happen, even if it killed him in the process. By the time he was in his mid-20’s, he had transformed his mind, body, and life and was making six-figures as a “human-development trainer.”

All of us is necessary unless you’re simply trying to drop a few pounds or stay off social media. Anything else requires your full dedication and focus or else your chances are slim to none.

It’s not just about pursuing a goal with this dedication but setting the goal with the intention of giving your whole being. Your intention, from the very beginning, dictates how you pursue a goal.

You set goals not by knowing what you’re capable of, but by knowing how much of yourself you’re willing to give. With enough resolve, you can do anything.