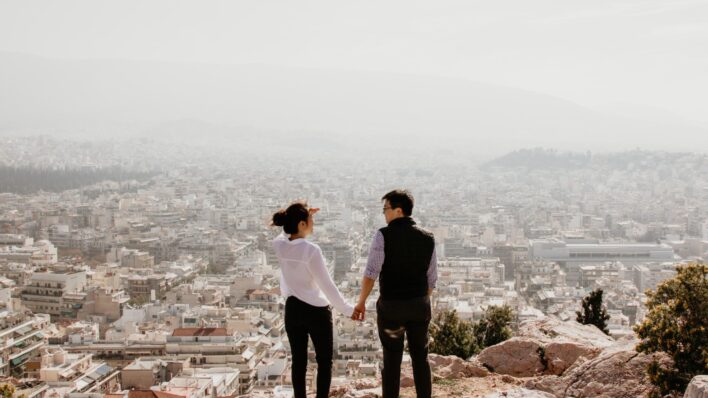 How to Attract Your Soulmate By Raising Your Vibration

About a year ago, I noticed that my spiritual life was growing, rapidly. I was having an awakening, of sorts.
By Jennifer Jani    January 11, 2019

About a year ago, I noticed that my spiritual life was growing, rapidly. I was having an awakening, of sorts.

About a year ago, I noticed that my spiritual life was growing, rapidly. I was having an awakening, of sorts. I started to notice the interconnectedness of the world and the people in it more than ever.

I had always read books about quantum physics and the Law of Attraction but the Law of Attraction is only 1 of 12 universal laws. I knew the spiritual shift I was having was different from anything I’d experienced before. I became hyper aware that my level of consciousness was increasing. I also became aware, as I started to attract new individuals into my life, that they were in the midst of a spiritual awakening too.

I came to understand that the state of the world was changing and the mass consciousness was increasing as a result of singular consciousness increases. This occurs because of the Law of Vibration, the second of 12 universal laws. The Law of Vibration posits that everything in the Universe vibrates – each sound, thing, and every thought has its own vibrational frequency. These energetic frequencies can be increased or lowered depending on what we do with them.

I caught myself thinking about the Law of Vibration the other day after a guy who ghosted me popped up in my social media circle. When he suddenly stopped talking to me, it left such an empty feeling because there was no closure. I would often wonder “why is this happening?” and girlfriends would inevitably chime in and say “he’s not on your level” or “you’re too good for him anyway.”

RELATED: Your Soulmate Will Destroy You – Here’s Why

Those things my girlfriends had been saying all those years were true because when we raise our vibration, we experience spiritual, mental and emotional growth. We quite literally, level up. And anyone who vibrates at a low energy whose frequency is no longer aligned with ours is “magically” and sometimes, suddenly removed from our life.

It’s not that I was too good for this man, it’s that I was too healthy. If I hadn’t continued to expand my consciousness, we might still be talking. We might still be talking if we were vibrationally synchronized but today, I’m not interested in levelling down. I believe a good way to gauge our spiritual, mental and emotional condition is to look at the people we’re attracting into our lives. I believe those people are often a reflection of our own character, our strengths and shortcomings. For better or worse, they show us what needs to be improved and discarded.

After a tumultuous breakup in 2010, I spent nine months in a depression over my ex-boyfriend. At the start of those nine months, I began my journey into recovery from alcoholism and had been aggressively seeking and working toward a spiritual awakening.

One day I realized I had stopped obsessing about him. It’s not that I woke up that day and was simply “over it” but as I gradually became healthier — mentally, emotionally and spiritually — the person who he was was no longer attractive to me. I sought out and was gifted with healthier romantic relationships because I now existed in a space where I could emulate the positive qualities I was looking for in a partner.

I also want to clarify that sometimes a romantic separation occurs between two high vibration individuals. Just because it didn’t work out doesn’t mean your partner was bad or sick. You could have a relationship with a perfectly healthy person, it doesn’t have to be somebody that is operating at a low frequency.

RELATED: The 3 Best Ways to Get Over a Breakup – According to Science

So why doesn’t it work out? It may just be that although the person you’re with is operating at a high frequency, you are operating at a higher frequency because you are doing the work to achieve that consciously or not. When that shift takes place and your energies are no longer aligned, a separation occurs. So often in the media we see celebrities getting divorced citing “irreconcilable differences.” It’s not about that. It’s about irreconcilable frequencies.

Vibrations apply not only to people but also to thoughts, feelings and actions. An example is thinking “I’m being treated unfairly,” therefore, feeling angry and acting rageful. Self-defeating thoughts and feelings such as anger, jealousy and shame are all low vibration energies that can cause us to take actions that emit frequencies on a low level.

How to Reach Your Higher Self

How do we raise our vibrations? Do something that gives you a joyful feeling. High vibration emotions and attitudes include love, acceptance, forgiveness and gratitude.

Some things that elevate me are walking, playing with a pet, meditation, prayer, creative writing, laughter, helping out a friend… You can choose how you want to increase your vibrations but remember, you can also choose how to lower them. Set your positive intentions with mindfulness and find your higher self. My higher self was sitting at the top of a staircase, I just had to step up.

Jennifer Jani is a native Washingtonian who graduated from John Jay College of Criminal Justice in 2008 with a Bachelor of Arts degree in Forensic Psychology. She tries to incorporate core values practiced by social workers daily into her professional and personal life including service, integrity and the importance of human relationships. Her interests include poetry, foreign films and photography. Jennifer is currently taking a brief hiatus from the higher education industry to pursue writing as a full time career.