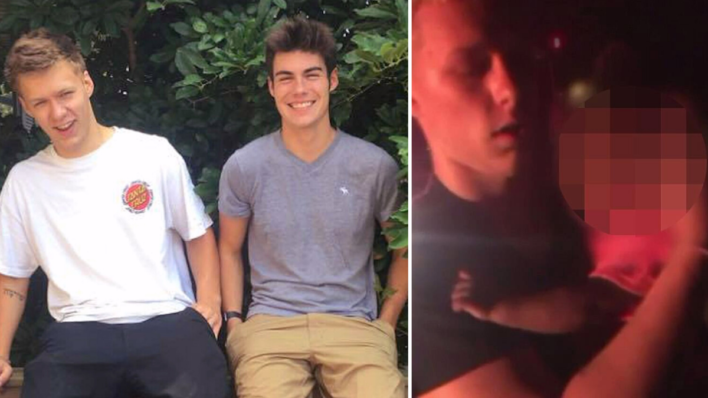 Two Illinois teens rescue a one-year-old girl after a drunk driver kills her pregnant mother in a horrific crash.
By Sophie Tolias    January 14, 2022

Two Illinois teens rescue a one-year-old girl after a drunk driver kills her pregnant mother in a horrific crash.

Hunter Hasenjaeger, 16, and Collin Barry, 17, were on their way home from a friend’s house just after midnight in Minooka, near Ridge Road and Khater Drive, when they saw smoke and two people standing on the dark road.

They pulled up to a horrendous three-car accident and heard loud crying and screaming from a totaled Chrysler 300.

“There’s a baby in the car!” the couple on the road told the boys.

Quick to the rescue

Immediately, the teens rushed to the car. Twenty-seven-year-old Alexis Danley, who was six months pregnant, was in the driver’s seat seriously injured with one of her arms dangling outside the vehicle and the other arm reached back grabbing the baby seat. And in the baby seat was her one-year-old daughter.

Hasenjaeger pulled out his phone, switched on the flashlight and shone it through the window to the backseat, while Barry unstrapped the baby and pulled her from the wreckage.

My heart was just racing, it was just crazy. I just kept telling the mom that help was on the way and that her baby is okay.

While Barry and the others tended to the one-year-old and waited for police to arrive, Hasenjaeger comforted Danley for what he thought might be her final moments. “I never expected in my life that I would walk up and see the mom how she was,” he says.

When ambulances arrived, Danley was transported from the scene, but she eventually succumbed to her injuries. The crash also killed Danley’s unborn baby.

Jacob Kaminski, 23, was arrested for driving under the influence and possession of marijuana. After hitting Danley’s car Kaminski also hit a Toyota Camry carrying three people. Thankfully, they were not hurt.

What anyone should have done

Hasenjaeger says that after he and Barry left the scene, he went home and that’s when he became emotional. “I went home and just cried to my mom. I have never seen anything like that in my life,” he says.

To help him cope, Hasenjaeger visited the victim’s family, bringing food and a stuffed animal for the girl he helped rescue.

They just thanked me from the bottom of their heart and said that I’m a hero. But I just don’t think that I’m a hero- I just did what anyone should have done.

It’s heartbreaking how fast an irresponsible driver can take a life. But thankfully on that dark, foggy night the boys’ quick action and bravery saved one.

not all heroes wear capes
“A hero is a man who does what he can.” — Romain Rolland