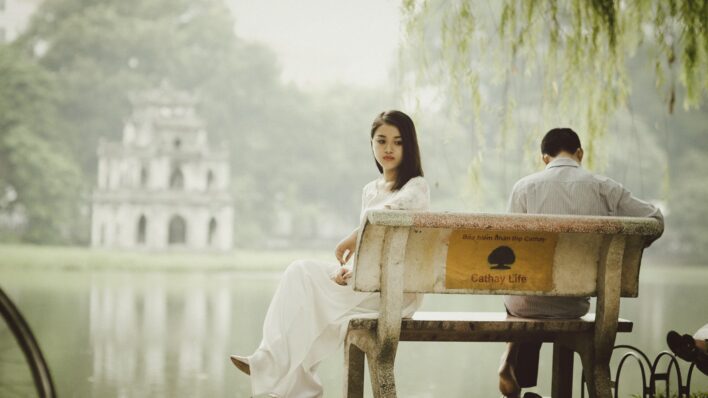 Learn the psychological tricks to avoid being caught in the trap of manipulative behavior.
By Ricky Derisz    November 15, 2022

Learn the psychological tricks to avoid being caught in the trap of manipulative behavior.

Manipulation is more common than you think. Just take one look at the advertising industry, which plays on consumers’ insecurities or desires to get them to spend money. Political or marketing campaigns, social media algorithms, and clickbait headlines, all provoke emotions in order to vote, invest time, or click, to serve the interests of those who benefit from your attention. As Sigmund Freud’s nephew, Edward Bernays, wrote:

“The conscious and intelligent manipulation of the organized habits and opinions of the masses is an important element in democratic society.”

Unfortunately, relationships include manipulative behavior, too. Psychologists define manipulation as “the ability to influence another individual’s feelings and behaviors for one’s own self-interest or benefit.” Everyone, to some degree, engages in manipulative behavior. Charming a co-worker when in a bad mood, over-exaggerating an illness for sympathy, or withholding certain parts of a story to make it more engaging, are all subtle forms of manipulation (similar to white lies).

RELATED: 7 Questions to Ask If You Want to Discover Someone’s Dark Side, According to Experts

Often, manipulative behaviors are unconscious traits learned from childhood that don’t cause significant harm. However, some people are more prone to manipulation, which is a dark triad personality trait. Manipulation is a serious issue when used to control, abuse, or act in a way that causes direct harm. Knowing how to spot the signs of manipulation is crucial. Knowing how to handle it, is a skill that will serve you for life.

What Are the Signs of Manipulation?

The nature of manipulation is deceitful. That means that people who are skilled at manipulation tend to be subtle in the way they behave. They likely won’t make direct threats, but instead use language in a certain way, to stir up certain emotions, to encourage you to act in various ways. Again, manipulation is a scale, and not all manipulation is equal. But the more extreme manipulation becomes, the more it enters emotional abuse territory.

Other types of manipulative behavior include gaslighting, guilt-tripping, playing the victim, passive-aggression, or lying. Manipulation is based on deception, and manipulative people are likely to be dishonest and avoid responsibility for their actions. Like a politician responding to questions without providing a solid answer, someone attempting to manipulate won’t be able to give a straight answer.

Because manipulative behavior is designed to serve self-interest, it always pays to question someone’s motivation. Is the person you sense trying to manipulate you gaining something from the situation? Remember, “gaining” is a broad definition. A sense of power, avoiding feelings of inferiority, and maintaining control, are all psychological “rewards” that may motivate someone to manipulate.

Recognizing Manipulation In Your Relationships

The closer the relationship, the more damaging the effect of manipulation. Many forms of manipulations originate from dysfunctional family dynamics, which imprint certain behaviors that people then re-enact in their adult relationships, often unaware as to why they behave the way they do. Let’s be clear: no form of manipulation is to be tolerated. The desire to reflect on behavior, and overcome unhealthy traits, is an act of love. It’s as simple as that.

As a side note: as you look outward towards other relationships in your life, also look inward, to see if you can recognize these traits within yourself. Not to judge. But in order to set the standard and aim to improve.

Usually, the signs of dealing with a manipulative person surface as intuition, or something feeling off. Manipulative behavior is a form of communication, so reflect on the way this person (or people) communicates with you. Do you act in ways that don’t feel authentic? Or adjusting your behavior through guilt? You might comply with someone else because you want to avoid the way they respond when you state your own needs or desires, a common trait for an empath.

All of these are signs of being on the receiving end of the manipulation tactics listed above. Patterns of behavior are particularly important. Someone may occasionally act in mildly manipulative ways that aren’t dealbreakers. But if the behaviors are consistent, woven into the very fabric of your relationship, it’s time to consider what steps to take.

How to Handle Manipulation in Relationships

Manipulation needs darkness to survive. Manipulative people can only get their way if the people they attempt to manipulate are ignorant of their tactics. Even being aware of what counts as manipulation, and why, is a powerful shift in any one-sided dynamic. Once you become aware, your next decision is how you choose to respond. Above all else, it takes self-awareness and courage to avoid acting from the emotional response the manipulation creates.

To clarify this, manipulative behavior works as follows: a person acts or says something to deliberately evoke an emotional or intellectual response, which causes someone to act in a way that works in their favor. If you step back from this chain, be mindful of your emotional response, and choose to behave differently, manipulation can’t take hold.

The exception to this is an abusive or toxic relationship where someone becomes threatening or aggressive if you don’t comply. In these instances, leaving the relationship is a priority, and leaving it safely.

In other relationships where manipulation isn’t threatening, start by communicating what doesn’t feel good. For example, you may say: “It doesn’t feel good when you guilt trip me into supporting you.” Follow this by setting boundaries, such as asking for requests to be clear and honest, without emotional baggage (such as if you were a true friend, you’d do this for me)

Contrary to some guidance you’ll see online, manipulation is deserving of compassion and forgiveness, as long as it’s not outright abusive. If you have cultivated a long-term relationship with someone, give them the space to acknowledge their shortcomings and change. Keep one eye on your own behavior, and be willing to act by the standards you expect of others.

Manipulation is more common than you think. The only way to cultivate healthier ways of communicating is to stop tolerating it, and be an example of more loving, caring ways to relate.

Gaslighting: How You Can Spot It In A Relationship And Shut It Down