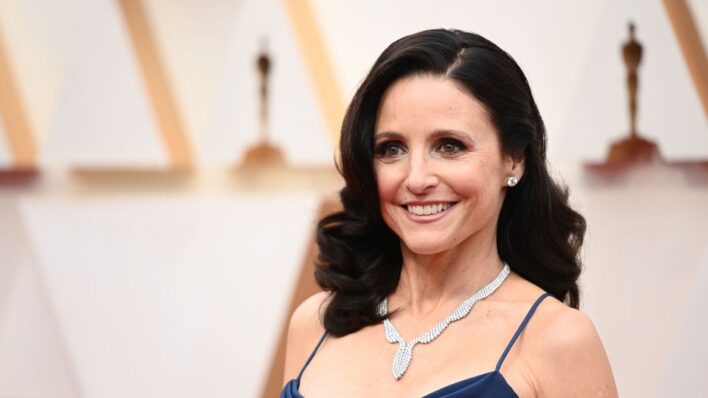 Why Is Julia Louis-Dreyfus the Ultimate Fighter and What Can We Learn From Her Resilience?

Julia Louis-Dreyfus has been an icon of comedy but her ascent in a male-dominated world was not without its series of obstacles.

Julia Louis-Dreyfus has been an icon of comedy but her ascent in a male-dominated world was not without its series of obstacles.

In spite of her many impressive accomplishments—both as a red-carpet star and as a human goddess—many of us still know her best as Elaine Benes from the forever classic Seinfeld.

Julia Louis-Dreyfus, today 59, is both a lover and a fighter (and funny as hell!), which, in my estimation, makes her extraordinary.

Our beloved Julia has won 9 Screen Actors Guild Awards, a Golden Globe, and shares the record for the most Emmys accumulated by an actor. And then, in 2018, she was honored with the highly prestigious Mark Twain Prize for American Humor.

But privileged though the lives of many of our favorite stars may be, Julia has fought many a battle worth learning from—from her against-the-odds success in a harshly male-dominated field to her against-the-odds success in love and health. Not only has our beloved “Elaine” beat the odds, but she has flouted stereotypes and standards all along the way.

Julia: we salute you.

JLD was born of French-Jewish descent—and, although most of us would argue that she is gorgeous beyond compare, growing up in the shadow of her 2 blonde, straight-haired step-sisters bothered her.

She looked different and darker than her family and found it difficult to deal with this stark contrast. This, in many ways, was a precursor, if you will, to her later feelings of not fitting in.

As Ariel Levy of The New Yorker puts it, “Her inability to conform to the sunny, Gentile beauty of her family—and of the times—shaped the way that Louis-Dreyfus conceived of herself as a performer.”

I was never an ingénue type. I wasn’t really pretty enough for that. So I didn’t bank on my sexuality to sell myself.

Julia Louis-Dreyfus to The New Yorker

As Elaine Benes, Julia chose to wear long skirts and jackets with shoulder pads, and not just ‘cause it was the late ‘80s or because she wanted to be different.

“I spent a lot of time trying to hide my body with clothing,” she’s said. “I gained weight as a teen-ager. I mean, I wasn’t enormous or anything. I’m talking about ten, fifteen pounds, normal teen-age stuff. But it made me feel a lot of shame…As I’ve gotten older, I’ve gotten more confident.”

But she still found lasting love

Julia met her husband writer-producer Brad Hall while they were both students at Northwestern University, before they went on to star on Saturday Night Live (SNL) in the early ‘80s.

They were opposites–he, a Californian young man and she a New York based actress. Initially, she had her doubts.

I remember thinking early on that this was the guy for me, but I didn’t dare tell anyone, for fear they would say, ‘That’s ridiculous. You’re so young — you don’t know what you’re talking about.’ So I kept that little secret close to my heart.

Julia Louis-Dreyfus to The New Yorker

They’ve since been together for 33 years and have two sons, Henry, 27, and Charlie, 23. As for the secret to their rare longterm love in the midst of the usual celeb commitment-phobia?

Julia has said more than once that she knew almost right away Hall was “the one,” and that she has no secret, other than having simply “found the right guy.”

Hall always sits admiringly by her side when she accepts her well-deserved awards and accolades. Furthermore, he has always been vocal about the bias against female comedians in the industry.

Part 2: One woman’s comedy career and the Seinfeld era

Any self-respecting Elaine Benes fan knows and loves her signature move well: “the shove.” At once irrepressibly unladylike, unconcerned with appearances, and hilariously self-assured, she’d reach out and shove the chest of any man who happened to be outrageous, shocking, or fantastic in one or another way.

Often, she’ll accompany the gesture with a “Shut up! ” or “Get out!.” Usually her shove was so hard that her male counterpart would topple backward. Utter brilliance, I say. But according to Paul Barrosse, who cast Julia in a comedy show when they were both students, this type of behavior started long before.

“That’s the way she had to treat us,” he said, recalling her self-confidence, even back then. “There’d be, like, seven male cast members and two female. I and some of the other senior guys in that show were like the eight-hundred-pound gorillas in the room, with huge egos, and she really stood up to that. ”

It was still common for people to say, ‘Boy, it sure is hard to find a funny girl.’ It was, like, completely an accepted idea: there are fewer women in comedy because women aren’t as funny as men.

Brad Hall to The New Yorker

But they thought one female member would be good so they approached Julia, and the rest is history. But even after they’d recruited her, Barrosse remembers that she put them in their place more than once.

“Jamie Baron was calling her a pudgy glamour-puss…the guys were hard on the guys, and we didn’t treat her with any additional dignity. ‘If this is the way it’s gonna go, then I’m out of here,’” he recalls her saying.

In the late ‘80s, The Seinfeld Chronicles had already aired before she even had a part, and she was really only approached because NBC offered to buy more episodes if there was a real female character. Creators David and Seinfeld both hated the thought of doing anything romcom-esque, but they finally landed on the idea for Elaine’s role.

I seem to remember having to fight to get more material. You could say frustration has fueled my career.

Interestingly, as she pushed (both literally and figuratively), Elaine became a consistently stronger character.

More recently, until its conclusion in 2019, Julia was both the star and executive producer of Veep, which, as Levy puts it, marked an evolution from the shove to “the push-and-pull of creative collaboration.”

Julia was often at her funniest on Veep while embodying one of the least palatable human emotions for mainstream audiences: female rage. I’d say that’s progress.

In 2016, days before she won an Emmy, Julia Louis-Dreyfus’ dad died. A year later, days before the she won another Emmy, she got a biopsy and was told that the results didn’t look good.

Then, the day after she won, she was diagnosed with breast cancer. Then there’s the fact that in August 2018, Julia’s youngest sister, Emma, suffered a fatal seizure at the age of 44. In 2018, she was happy to skip the Emmys while Veep went on hiatus during her chemo treatments.

Today, Julia is cancer-free and back at work. “I feel very strong,” she told Jimmy Kimmel, and is today working on multiple projects, including her recent partnering with Will Ferrell in Downhill, which came out in February 2020.

Julia’s legacy as a fighter

I leave you with the words of the inimitable Tina Fey, singing Julia’s praises at the Mark Twain Awards:

“Elaine Benes was sex positive before we had a term for it: hoarding birth control and realistically failing to remain master of her domain. Her ability to appear completely effortless and natural on the surface, while being a stone-cold machine of timing underneath it—Julia is a Terminator robot of comedy. That’s why she doesn’t age: metal bones, rubber eyes.”

Julia paved not just paved the way for women in comedy but for all women. By refusing to let any obstacle take her down, she managed to create a lasting legacy for herself. She is proof that sometimes, not conforming is actually the exact thing that will earn you the respect you are entitled to.