Not only is Juneteenth a way to honor Black American history but it also sheds light on how the atrocity of slavery impacted the development of our country.
By Sarah Vanbuskirk    June 19, 2022

Not only is Juneteenth a way to honor Black American history but it also sheds light on how the atrocity of slavery impacted the development of our country.

Over the past few years, the holiday of Juneteenth has gained increasing prominence. While most people know that it commemorates the end of slavery and the freedom on formerly enslaved people, many are unfamiliar about the origins of the celebration. Not only is Juneteenth a way to honor African American history but it also sheds light on how the past atrocities of slavery impacted the development of our country. And how this legacy continues to impact the modern life of Black Americans.

In this comprehensive guide to Juneteenth, learn more about this yearly holiday, why it’s important, and ways to celebrate.

Juneteenth is a holiday that commemorates the emancipation of enslaved African Americans. While the holiday has become much more widely known over the past decade, it has been celebrated in various forms since it was first observed in 1865. Juneteenth celebrations were overshadowed in the 1960s due to the civil rights movement, but they eventually picked up again thanks to Martin Luther King Jr.

This date is special because while the Civil War had already ended, it was the date that over 250,000 enslaved people were freed from slavery in Texas.

Origins Of The Juneteenth Holiday, Explained

The first Juneteenth celebration happened on June 19, 1865, the same day that the Union troops arrived in Galveston Bay, Texas, to share the news that the Civil War was over, freeing the last enslaved Black Americans who lived there. Technically, they had already been freed on February 1, 1865, when President Abraham Lincoln approved the 13th Amendment, which outlawed slavery. Historian Dr. Henry Louis Gates, says that Juneteenth was an “occasion for gathering lost family members”, and “measuring progress against freedom”.

Additionally, in 1863, President Lincoln issued the Emancipation Proclamation, which had also given the estimated 3 million people enslaved in the Confederate states their freedom. However, the Black Americans living in Texas had no idea that slavery had been abolished and the people enslaving them had no interest in telling them or ending the brutal practice.

The Union troops arrived to share the news of the end of the Civil War and the abolition of slavery (and enforce the order). After hearing this proclamation of absolute equality, the formerly enslaved African American community celebrated with food, song, dance, and other festivities. This celebration became an annual tradition among newly freed Black people that grew into the Juneteenth holiday we know today.

When Did Juneteenth Become A Holiday?

Jubilee Day was first celebrated in 1865 after the news was delivered that salavery was no longer legal. The first official observances were held the next year in Texas and continued as an annual tradition. Soon the Juneteenth anniversary was being honored annually in other states as well.

Is Juneteenth a Federal Holiday?

Yes, Juneteenth is a federal holiday, but becoming an official American holiday took years in the making. In 1980, Texas recognized Juneteenth as a state holiday. In the years that followed, other states began to officially recognize the holiday as well. Increasingly, more and more people became aware of the celebration and the effort to make Juneteenth a federal holiday intensified.

Finally, in the wake of the horrific killing of George Floyd at the hand of police officers, the massive protests that followed, and the ensuing attention his murder brought to issues of structural racism, by the order of President Joe Biden, Juneteenth became a federal holiday in 2021. Juneteenth became the 11th federal holiday, coming 38 years after the 10th—Reverend Dr. Martin Luther King Day, which became an official holiday in 1983.

RELATED: 50 Years After Their Love Was Torn Apart by Racism, They’re Finally Married

Additionally, Juneteeth became a national holiday in large part due to the efforts of former teacher and racial justice advocate Opal Lee, who has been called the “grandmother of the movement” to get Juneteenth recognized on a national scale. The tenacious Texan campaigned to make Juneteenth a federal holiday for decades and her dream was finally realized June 19, 2021, when she was 94 years-old.

The National Juneteenth Observance Foundation has also been promoting the recognition of Juneteenth across America. It has been active for almost 25 years and has supported legislation in favor of Juneteenth in more than 40 states.

Where Is Juneteenth Celebrated?

Juneteenth festivities occur in cities across America. A particularly big celebration happens each year in Milwaukee, Wisconsin, which has held Emancipation Day events since 1971.

Other cities that hold impressive Juneteenth observances include Houston, Texas, where festivities have been held at Emancipation Park since 1872, drawing thousands of participants. Family friendly activities, concerts, and food keep attendees coming back each year to celebrate the abolition of slavery and Black American culture.

Philadelphia puts on an enormous parade to celebrate Emancipation Day that includes thousands of participants. Additionally, the festivities have included a Freedom Day March, art exhibits, and other events celebrating Black Americans and their history.

In New Orleans, cultural events like film festivals and concerts dominate their Juneteenth celebrations. In Charleston, North Carolina, where many enslaved people first arrived in America, the Juneteenth Family Fest is held. Fireworks, drum lines, and a variety of musical performances are highlights of the yearly event.

Washington, DC, which made Juneteenth a city holiday beginning in 2004, also holds extensive celebrations. Events include dance, theater, and musical performances by Black artists and activities that celebrate and educate about Black American history.

Atlanta Georgia holds the Juneteenth Atlanta Parade and Music Festival annually to mark this holiday. Each year the festival has a new theme, fireworks displays, fun runs, genealogy sessions, and other activities. Multiple other cities also put on an annual Juneteenth music festival and parades, such as Denver, Colorado, and Memphis, Tennessee.

Primarily, Juneteenth is celebrated in the United States. However, other people and organizations throughout the world also observe the holiday to mark the end of slavery in America and honor the achievements and culture of Black Americans.

How Is Juneteeth Celebrated?

Now that Juneteenth is a federal holiday, many people have the day off, which allows more people the opportunity to reflect on the meaning of the anniversary and to attend and participate in Juneteenth events.

What States In America Do Not Recognize Juneteenth?

49 of our 50 states recognize Emancipation Day. The outlier is South Dakota. Some efforts have been made to change this but so far they have been unsuccessful in getting a law passed to officially observe the holiday in the state.

RELATED: Why Maya Angelou Stopped Speaking – and How She Found a Voice that Changed the World

However, while the holiday is now widely celebrated across the country, in some states, including Texas, Idaho, Iowa, Oklahoma, and Tennessee, it is illegal to teach about structural racism and critical-race theory in schools. This prohibition makes it challenging to teach about Juneteenth as much of the holiday’s lineage is directly tied to America’s history of slavery and the oppression of Black Americans.

Is Juneteenth a Paid Holiday?

Federal employees get Emancipation Day as a paid holiday. Businesses don’t have to give Juneteenth as a paid holiday or to pay overtime (time and a half) for those that have to work on that day. However, many employers do offer these benefits, particularly big companies, such as Nike and Target.

Additionally some states (such as Texas, New York, Washington, and Illinois) and cities (such as Los Angeles) have made Juneteenth a paid holiday for their workers.

Why Is Juneteenth So Important?

Juneteenth a important because it honors and draws attention to the truth about America’s history of racism and the legacy of slavery. At the same time, the holiday also celebrates the lives, achievements, and contributions of Black American and Black culture.

The holiday provides a yearly time to reflect on such figures as James Baldwin, Harriet Tubman, Jackie Robinson, Oprah Winfrey, Rosa Parks, Martin Luther King Jr., Frederick Douglass, Maya Angelou, W.E.B. Du Bois, and Sojourner Truth. It gives a chance to look at the challenges Black Americans have faced (and continue to face) as well as a moment to celebrate progress and positive thinking and strategies for the future.

Sometimes called “America’s second Independence Day,” Juneteenth provides a time to celebrate the end of slavery in America. The holiday looks to the future while also reflecting on the past, so that we never forget the struggles and injustice inflicted on enslaved peoples and the legacy of that pain and oppression that linger to this day on future generations and America’s culture at-large. Emancipation Day is also a moment to honor all the beauty, courage, and contributions of Black Americans.

KEEP READING:
In 1924, Their Land Was Taken Cause They Were Black – Today, Justice Was Served 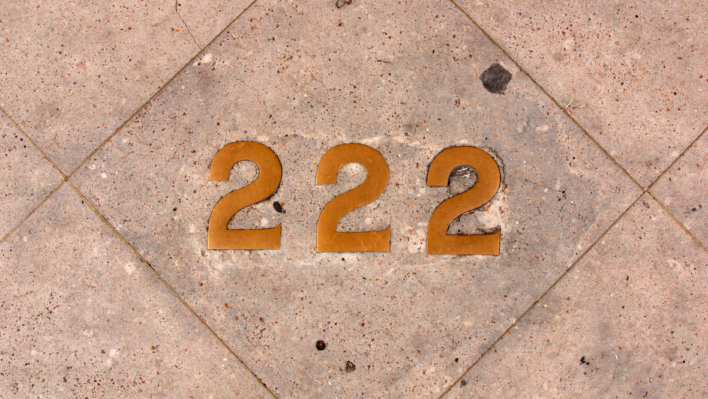