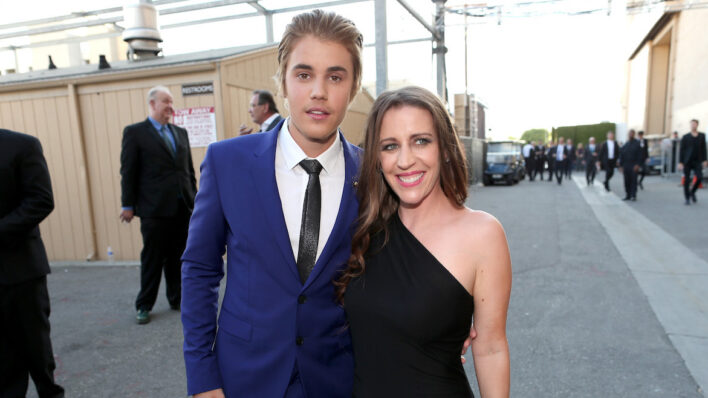 Justin Bieber’s early rise to fame took a toll on his relationship with his mother. Eventually, he realized he needed to make amends for his mistakes in order become the husband he wanted to be for his wife, Hailey Bieber.
By Shaoni Das    September 9, 2020

Justin Bieber’s early rise to fame took a toll on his relationship with his mother. Eventually, he realized he needed to make amends for his mistakes in order become the husband he wanted to be for his wife, Hailey Bieber.

What drives Justin Bieber to be a good husband? Since the beginning of their surprise marriage, the two have been depicted by the media as “couple goals.” But most people in relationships know all too well that it’s never a straight road when it comes to love.

Hailey Bieber has discussed at length about the realizations she’s experienced throughout their relationship. Likewise, Justin Bieber’s journey to being a husband hasn’t been a simple one, either. As is the case with many child stars and pop sensations, his career has been plagued by scandal, arrests, and sensationalized media frenzies.

The Canadian star’s relationship with his parents had also suffered in light of his bad behaviour. Being humble and keeping it tight with your folks isn’t the easiest thing to do when you’re famous and rich; it’s even harder when your poor decisions are laid out for the whole world to see and judge.

Justin was born to Pattie Mallette in London, Ontario. She gave birth to Justin when she was just eighteen and raised him primarily as a single mother. As a teenager, she’d endured sexual abuse and substance abuse issues but she had cleaned up her act and was a born-again Christian by the time her son was born.

Pattie herself had been a young performer, having taken part in a number of television shows and theatre productions around Ontario, Canada. But nothing could prepare her for the superstardom her son went on to achieve. Though worldwide fame may have been a dream come true for the two of them in the beginning, Justin’s public breakdowns proved it wasn’t all paradise.

Shortly after getting arrested for driving under the influence and throwing eggs at a neighbour’s home, Justin Bieber spoke about how his relationship with his mother had deteriorated. In a 2015 interview with Billboard, the singer said he and Pattie basically had a “pretty non-existent” relationship. He added:

I was distant because I was ashamed. I never wanted my mom to be disappointed in me and I knew she was. We spent some time not talking, so it takes time to rebuild that trust. She’s living in Hawaii now, so it’s hard, but getting better. She’s an amazing woman and I love her.

They eventually mended fences and Pattie chose to “forgive” her son

Who could forget Justin’s ‘Sorry’ arc? It seems his famous redemption tour applied in his personal life as well. Though the relationship had soured over the years, Justin was able to take steps to properly apologize to Pattie. In 2016, Pattie confirmed that Justin called her to wish her a very happy Mother’s Day; he had also posted on Instagram, quoting the lyrics to Boyz II Men song, “A Song for Mama.”

In the comments, Pattie responded, asking her son to forgive all her shortcomings as she forgives those of his. She also said it’s been an “honor” to know her son and get to see him develop and become the man he is today.

The mother-and-son duo was also pictured holidaying together. In a post, Pattie said to Justin:

None of us are perfect and never will be (so we will always need patience and grace for each other) […] I admire your character and integrity. You are maturing beautifully and wise beyond your years. […] your heart is gold. I love you to the moon and back.

Pattie also spoke about Justin’s “growing” relationship to his faith, something that convinced her that her son was serious about his efforts to rectify his errors. Though it took a lot of work and time apart, Justin Bieber’s persistence in reconciling with his mother was indeed successful.

In a recent post on Instagram, Justin owned up to how he had visibly strayed from his path and made some bad decisions. He acknowledged that as a child, he didn’t care about money or fame. Music was the only thing that drove him. But somewhere along the way, his life shifted and he let unhealthy motivations guide his way. He said:

As I became a teenager I let my insecurities and frustrations dictate what I put my value in. My values slowly started to change. I let ego and power takeover and my relationships suffered because of it. I truly desire healthy relationships.

He went on to say that he wants to be driven by truth and love. He also wishes to take note of his “blind spots” and actively learn from them. Most of all, he wants to lead a life without “selfish desires” so he can be a better husband to Hailey and a better “future dad” to their child. He doesn’t want to lead his life with the same insecurities and frustrations that wrecked his former relationships.

It’s clear that Justin’s realizations were only able to take place after he was able to fix his bond with his mother. Only after he could learn to be accountable for his actions was he able to understand the level of commitment it takes to be a good husband. As it so happens, being a responsible son and being a responsible husband have much in common.

Pattie has observed her son’s evolution and has given her seal of approval when it comes to Hailey. She has showered praise upon her daughter-in-law and has even referred to Hailey as her “daughter.”

Justin and Hailey Bieber’s marriage may be the furthest thing from easy but as long as there’s truth, responsibility, honesty, and account, it could very well work out for the young celebrities.

Mend bridges before building new ones

Usually, when you’ve burnt bridges with some of your oldest and dearest, there’s a reason. Sometimes relationships are truly beyond repair and it’s best to just free yourself of them. But sometimes it’s worth reflecting on those bonds and examining why it is that you both disappeared from each other’s lives. Human beings can generally lack a lot of self-awareness, so you might not even know what it is that drove another person away.

In such cases, it’s best to evaluate yourself and ask questions. If the person loves and cares about you, they’ll give you honest answers and allow you to change for the better. Justin Bieber’s mom loves him more than anything, which is why she acknowledges that he isn’t perfect.

But at the same time, her love for him also afforded him the space to own up to his mistakes and undertake measures to grow and learn from them. Therefore, he was able to clear his headspace and build something beautiful and hopefully lasting with his wife Hailey. In order to have fulfilling,  positive relationships in our life, we have to reflect on the ones that didn’t work out.

Some didn’t work out because of genuine reasons; others because we lacked the sensibility and understanding. If it’s the latter, then you know that it’s never too late to apologize for them and come out on the other side with gratefulness and love.