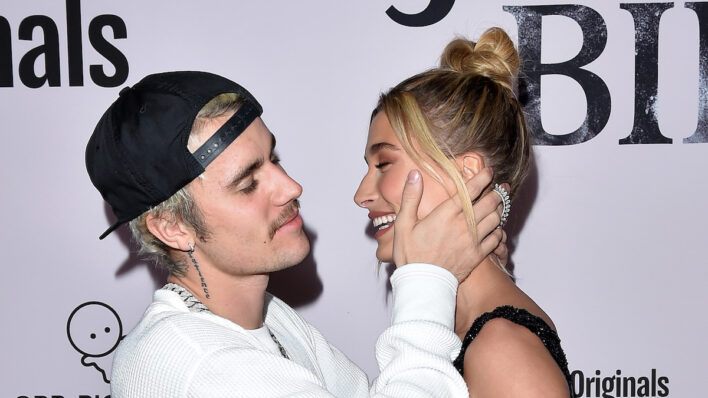 Justin Bieber and his wife Hailey Baldwin had a rough start as a couple but the evolution of their relationship shows the power of maturity.
By Barbara Pavone    March 6, 2020

Justin Bieber and his wife Hailey Baldwin had a rough start as a couple but the evolution of their relationship shows the power of maturity.

Growing up in the public eye can’t be easy. Your every move is scrutinized and every mistake you make is on full display. Relationships can be tricky at any age, but this is especially true when you’re growing up and first discovering love. Imagine how much harder that situation must be when all of the learning is happening in front of cameras. That’s something Justin Bieber knows all too well about.

Bieber and his first real girlfriend, Selena Gomez, began dating when they were just 16 and 18, respectively, and their tumultuous romance played out in the media for nearly a decade.

As the young singers struggled to figure out who they were and what they wanted out of life, their relationship soon became the casualty. A lack of maturity resulted in emotional abuse and scarring that would impact their personal lives for years to come.

But it’s because of this very struggle that they both grew up and that Bieber, through hard work and introspection, was able to reach a place where he was ready for a healthy, long-lasting romance.

Here’s what we can learn from Justin Bieber and Hailey Baldwin’s relationship:

From December 2010 to March 2018, Justin Bieber and Selena Gomez embarked on an on-again, off-again romance of epic proportions. For all of the happiness they shared, there were also plenty of lows. The pair’s young age played a major role in their struggles, as did Bieber’s own battle with celebrity.

Their age and immaturity really showed in 2016 when they both took to Instagram to publicly accuse each other of cheating and when they trolled one another for having new flames.

Opening up about how toxic their bond became, Gomez told NPR in 2020, “I do feel I was a victim to certain abuse.”

Admitting it was “something beautiful” at times, she added, “It was very difficult and I’m happy it’s over. And I felt like this was a great way to just say it’s done, and I understand that, and I respect that.”

Bieber echoed her sentiment, telling Zane Lowe all of that hurt affected him and initially almost broke his relationship with his future wife, Hailey Baldwin.

Justin and Hailey first met at a Biebs fan event back in 2009 when the future model was just 13 years old. She then saw Bieber again at the 2011 premiere of his movie, Never Say Never, but it wasn’t until 2014 that the pair really started spending time together.

While they denied their romance at first — “We’ve just been good friends over the years,” Hailey told E! News — she eventually admitted they were having a fling. Speaking with E! News in February 2016, she revealed, “We are not an exclusive couple. He’s about to go on tour. Relationships at this age are already complicated.”

Hailey may have blamed the lack of commitment on a tour, but their decision to not be exclusive was actually a result of all the emotional baggage Bieber was carrying at the time.

[With Hailey], I took the time to really build myself and focus on me, and try to make the right decisions and all that sort of stuff.

Hiding your truth is a big mistake

Rather than trying to downplay his or hide his emotional scars, like he had done in the past, Bieber made the wise decision to be transparent with Hailey from the start.

Speaking with GQ in 2016, Bieber explained, “I know that in the past I’ve hurt people and said things that I didn’t mean to make them happy in the moment. So now I’m just more so looking at the future, making sure I’m not damaging them.”

What if Hailey ends up being the girl I’m gonna marry, right? If I rush into anything, if I damage her, then it’s always gonna be damaged. It’s really hard to fix wounds like that. It’s so hard.… I just don’t want to hurt her.

Speaking about it with Zane Lowe in 2020, Bieber recalled telling Hailey, “‘I’m not in a place to be faithful and all this sort of stuff that I wanted to be but I just wasn’t there yet.’ I felt she respected me at the time and I had a lot of respect for her and so I just didn’t want to say one thing and then she’d see me off doing another thing,” he added.

Unfortunately, that lack of commitment (and the fact that they were still incredibly young) soon took its toll. “She loved me and seeing me with other people hurt her and so, with that being said, she went out and did things that hurt me,” Bieber continued. “I hurt her and she hurt me.”

‘Fizzled’ would not be the right word. It was more like a very dramatic excommunication. There was a period where if I walked into a room, he would walk out.

A rekindled romance can be unbreakable

After Justin and Hailey went their separate ways, he was never far from her mind. “He was the first person I ever had real feelings for,” Hailey told Vogue.

“When things kind of went South for a little bit and we went our separate ways, I just knew that no matter what the outcome was going to be, he was going to be somebody that I loved for the rest of my life. No matter what, he was always going to hold a special place in my heart.”

As it turns out, he didn’t stop loving her either. All they needed was time to work on themselves, to grow up, and to take a step back to gain perspective, which can be vital to problem solving.

In fact, by the time the pair saw each other in June 2018, they were “past the drama” and it didn’t take long for them to not only rekindle their flame, but to jump miles ahead. On July 7, 2018, they got engaged, then in September they moved in together, and by November they confirmed they were married.

Marriage requires work, no matter what

There is no such thing as a perfect relationship and, despite their young age, Justin and Hailey know that. Perhaps it has something to do with all of the drama they endured early on, but the pair is determined to actively work past anything that comes their way.

“I’m not going to sit here and lie and say it’s all a magical fantasy,” she told Vogue in 2019, sounding much more mature than her 23 years.

“It’s always going to be hard. It’s a choice. You don’t feel it every single day. You don’t wake up every day saying, ‘I’m absolutely so in love and you are perfect.’ That’s not what being married is. But there’s something beautiful about it anyway — about wanting to fight for something, commit to building with someone.”

And Justin is on the same page. As he noted in his documentary, it’s what he’s been searching for all this time.

Taking some distance is not always the end of a relationship

Love might not be easy, but it’s certainly worth fighting for. The key is being able to be true enough to yourself (and your partner) to admit when a difficult relationship is toxic as opposed to when it simply requires work.

An unhealthy bond, like Justin and Selena’s, can cause lasting damage. Meanwhile, a budding romance that requires both parties to take a step back and work on themselves to arrive at a place where they ready to give more than they take — now that is a recipe for success.