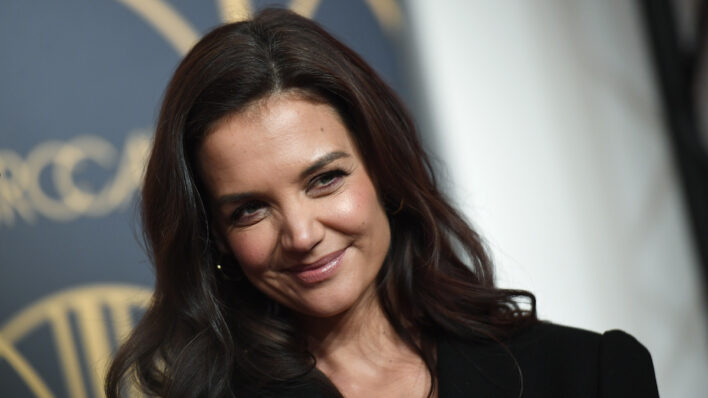 What Happened to Katie Holmes After Her Divorce From Tom Cruise?

Katie Holmes’ life after her highly publicized divorce from Tom Cruise has been led in the shadows but the mother has been making a steady comeback.
By Maya Khamala    February 24, 2020

Katie Holmes’ life after her highly publicized divorce from Tom Cruise has been led in the shadows but the mother has been making a steady comeback.

The story of Katie Holmes and Tom Cruise is a tale of romance, intrigue, rumor and scandal—in a league of its own, really—which is saying a lot when it comes to the lives of celebrities.

Imagine being a regular young girl-next-door type (from Ohio no less) with a crush on Tom Cruise and having the posters on your wall to prove it.

You fantasize about one day marrying him, and then, boom, one day you become famous yourself and your Tom Cruise fantasy becomes a reality. Doesn’t sound all that plausible, but that was the reality that set the tone for Katie and Tom’s relationship. In 2005, they fell head-over-heels in love with each other and the rest, as they say, is history–especially now that their relationship actually is history.

The curious inception of a Hollywood romance

Back in the early 2000s, Katie Holmes was known for her role in the iconic television series Dawson’s Creek. She was in a relationship with actor Chris Klein, with whom she got engaged in 2003. A year later, she revealed her long-harbored crush on Tom Cruise in an interview for Seventeen magazine.

“I used to think that I was going to marry Tom Cruise,” Katie revealed. Her Dawson’s Creek co-star, Mary Beth Peil, even revealed the extent of Katie’s crush in an interview with The Daily Beast.

“She knew everything about him. She said, ‘I have had a crush on him since I was 15, and his posters were on the walls of my bedroom.’ She could not stop talking about Tom Cruise. This was way before they got together, but she was certainly ready for him.”

It is no wonder that their relationship had a sort of mystical–dare we say Hollywoodian?–aura surrounding it. Not long after her 2004 interview, Katie broke off the engagement with Chris Klein. Only a month later, she and Tom Cruise made their debut as a couple on the red carpet.

It only took two months of dating before they got engaged to each other. The speed at which their relationship progressed raised many a question, not to mention Tom’s infamous interview with Oprah where he jumped on her couch and screamed “I’m in love!” with the excitement of his newfound love for Katie Holmes.

They married in a Scientologist ceremony on November 18 2006. On June 29th 2012, 5 years and a half after the marriage, Holmes was filing for divorce, shocking the whole world.

Over the first year of their relationship, during which Holmes got pregnant with their daughter Suri, unusual rumors were already flying. For one, talk of Cruise’s controlling behavior abounded.

For instance, he apparently insisted on always being there when she shot a film, and took issue with her shooting sexy or nude scenes. She happened to do very little acting work of note during their marriage, and rather inexplicably walked away from her Batman sequel, due to “scheduling conflicts.”

Although she admitted to being more interested in being a hands-on mom than anything else, she did make her Broadway debut during this time (fulfilling a lifelong dream), and she also launched a fashion line.

When asked if she ever felt consumed by Cruise’s shadow, Holmes told Glamour, “From an early age I knew that I wanted to be in this business. So I did everything I could to get here, and when I met Tom, I knew in an instant that we were going to be together, that we were going to get married. He does have a very big life. And you know, we just do it. And, as a woman, you make that transition from being single to [being] a partner. I have a teammate, and it’s like, we’re going to make this work.”

Scientology: the forever elephant in the room

Rewinding back to 2005, Holmes told reporters at her “Batman Begins” premiere that she was converting to Scientology, a questionable religious choice of Cruise’s since 1990.

As mentioned before, the pair did end up having a Scientology wedding. Some of the most controversial tenets of Scientology—and there are many—include the idea that children are small adults who should not be comforted or nurtured, and that women in labour should have drug-free and ‘silent’ births. Critics and former members of the religion have described it as a cult.

Futhermore, Vanity Fair‘s revealing inquiry into the involvement of Scientology in Tom Cruise’s romantic relationships suggest curious recurring patterns from girlfriend to girlfriend. Before Katie Holmes was Nazanin Boniadi, a fellow member of the Scientology Church who had had to audition to become Tom’s next mate.

After Star circulated rumors that Holmes had a drug problem in 2011, which, along with the Scientology factor, was preventing her from leaving Cruise, she decided to sue.

Though they’d likely missed the mark and had no right to violate Holmes’ private life, Holmes’ marriage was in fact beginning to break down. To date, Holmes still hasn’t addressed what, exactly, led to the split—and neither has Cruise, though naturally there have been plenty of assumptions based on the facts.

The split and the rebirth

In 2012, Holmes finally filed for divorce after close to 6 years together, reportedly making calls about said divorce on a disposable cellphone, and hiring three law firms in three states, all to avoid Cruise and his staff knowing about her plans. While the Church of Scientology insists on divorces being handled internally, Katie blindsided them by handling it all outside of their jurisdiction.

Following her divorce announcement, those close to Holmes shared that she believed Cruise might abduct Suri, and also feared intimidation by the Church of Scientology. While nothing has been confirmed, the rumors implied that Cruise “was planning to ship their daughter Suri off to Sea Org.”

Ultimately, Holmes received primary custody of her then 6-year-old daughter Suri, and Cruise was granted visitation rights. Oddly, however, in her divorce agreement with Cruise she promised not to date anyone else publicly for 5 years, which may explain why she kept her relationship with actor Jamie Foxx quiet for so long.

Post divorce, Katie started over from a new home in New York with her daughter set her first priority, and began the beautifully rewarding experience of reinventing herself. Her life had become almost solely centered on being married to Tom Cruise, and she didn’t want to re-create such a reality ever again.

Reinvention: the spice of life

Not long after Holmes’ divorce, Judy Greer, one of her co-stars in the Theresa Rebeck broadway play Dead Accounts, witnessed Katie’s new energy as a single mother.

“I’ve just been impressed by her work ethic, honestly, and her ability as a single mom, to juggle being an awesome mom,” Greer testified. “She’s like got a kid, she works out every day, she’s cooking dinner at night for her daughter, she manages to go and get her a new dress if she has a special thing, going to her lessons after school…it’s pretty impressive.“

After Cruise, Katie made her return to the film world with a new roster of movies, including The Giver, Woman in Gold and Miss Meadows. Most recently, she has returned in the movie Brahms: The Boy II. For Holmes the process has been both about reinvention as well as a return to where she left off before getting married.

In 2014 she hit pause on her clothing line, stating, “I am now concentrating on acting and motherhood, which did not leave the label the time and attention it deserved.” Out with the old, out with that which no longer serves us all, am I right?

“I don’t have any fear now, I don’t have a lot of rules for myself, and I don’t take myself that seriously,” Holmes told People in 2014.

I don’t want [her marriage to Tom Cruise] to define me, to be who I am. I don’t want that to be what I’m known as. I was an actor before, an actor during and an actor now.

Paparazzi be damned, today Holmes goes out and does as she pleases, living life with her daughter like any other self-respecting New Yorker.

The strength of a mother

“I feel ready for new challenges,” Katie said. Evidently, after overcoming the whirlwind of a public relationship and divorce, and coming out relatively unscathed, who can doubt Katie’s resilience?

While we may never truly know the reality of her relationship with Tom Cruise and the hardships she may have faced throughout it all, there is no denying that she has done everything to prioritize her daughter’s wellbeing.

Years later, Katie has finally been able to return to her love of acting, showing us that it is never too late to reconnect with who we were before the hard times we went through.