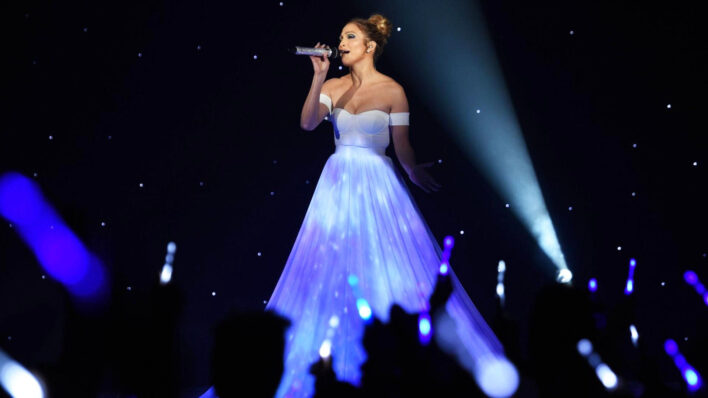 How Jennifer Lopez Moved Out of the Shadow of “Bennifer”

Sixteen years after the big breakup, people still talk about “Bennifer”. Here’s how Jennifer Lopez overcame the obstacles that almost ruined her career.

Talk about aging like a fine wine! It’s hard to believe “Jenny from the Block” has turned 50.

With a career spanning almost three decades, Jennifer Lopez’s private life has, at times, seemed to grab just as much attention as her professional success.

The iconic singer and actress had her share of high profile relationships, but her romance with actor Ben Affleck is the one that filled the tabloids throughout their 18-month relationship.

Bennifer: the name that changed everything

Jennifer and Ben, or “Bennifer” as the media nicknamed the couple, officially met on the set of the movie Gigli in December 2001.

Jennifer was still married then to her second husband, Cris Judd, so the boundaries were very clear. In spite of this, Ben decided to try his luck and gift her with a diamond bracelet — and just as Marilyn Monroe said, it seems that diamonds really are a girl’s best friend.

She filed for divorce soon after Ben made his intentions known. They dated for a few months and by November 2002, the couple was engaged to be married.

Affleck’s mom helped him plan the proposal. When Jennifer arrived at the house, there were rose petals everywhere. “So many candles, and vases, bouquets. And my song ‘Glad’ was playing … I walk in and I was just like overwhelmed. I wasn’t expecting it, and I was just like ‘Oh my God,’” Jennifer told ABC News.

They seemed to have it all

“Bennifer” shared the red carpet, many laughs during interviews, and exchanged expensive gifts. We will never forget those paparazzi-esque shots of Ben and Jennifer recording the iconic music video “Jenny from the Block”. They were both young, beautiful, and on the front page of every tabloid magazine.

There was too much public pressure

Even for people who are used to getting all that attention, when does “too much” become too much?

Rumors started to spread that the couple’s relationship was struggling. Add this to the stories that swirled about Ben’s supposed gambling problem and you get the perfect topic to exploit in a tabloid story.

Everyone was now focused on Bennifer’s relationship problems

In September 2003, the couple was all set to tie the knot, but the public pressure became too hard to handle. Just four days before the date, they announced that the wedding was postponed due to “excessive media attention.”

They didn’t set a second date and confirmed their split in January 2004.

“We just happened to be together at the birth of the tabloids,” Lopez told People in 2016. “It was just a lot of pressure. I think different time, different thing, who knows what could’ve happened? But there was a genuine love there.”

Back then, she was devastated. The movie she starred in with Affleck was getting plain awful reviews. Months of planning the perfect wedding had gone to waste because “Bennifer” was not a couple anymore.

Jennifer began to question her self-worth: “I lost my sense of self, questioned if I belonged in this business, thought maybe I did suck at everything. And my relationship self-destructed in front of the entire world. It was a two-year thing for me until I picked myself up again.” she told Vanity Fair.

She looked forward instead of backwards

Jennifer didn’t let either the coverage of the split or the colossal failure of her Bennifer movie legacy, Gigli, hold her back. In 2004, she began working on her new album Rebirth while also working on her solo acting career.

Most importantly, she never lost her faith in true love. In June 2004, she married music star Marc Anthony and welcomed beautiful twins Max and Emme.

Their marriage ended in 2011, but Jennifer now knew how to handle a life’s challenge. So instead of feeling sorry for herself and avoid the public eye, she reinvented her career.

Jennifer signed on as lead judge of reality show American Idol in 2011, even though others told her to quit and warned her that the decision could be the death knell to her career. It was nothing of the sort. American Idol was a breath of fresh air for Lopez, as well as a guaranteed steady gig.

She knew her worth and hoped that the show would display her actual character — not the one attributed to her by the press during and immediately after “Bennifer.”

Know you are limitless

Jennifer has now once again become the center of the spotlight with her highly publicized romance with baseball player Alex Rodriguez.

The couple became engaged in March 2019, when Rodriguez got down on bended knee with while they were on holiday in the Bahamas. Lpez calls A-Rod her “twin soul,” but they haven’t really planned a wedding yet.

While her personal life and acting career have been a constant roller coaster, Jennifer has no plan to slow down, with the much hyped Hustlers out this fall.

Through her focus and dedication to her true self and her passion for performing, Jennifer was able to move out of the shadow of the celebrity romance that made her a focus of obsessive tabloid coverage. It’s a powerful lesson for anyone trying to move on from their own breakup.

“I have worth, I have value, I belong here.”

All the low points and the failures helped her grow and stand up for herself; Jennifer gained strength from everything she learned. She can sing, dance, and act –- she is limitless. And so are you.