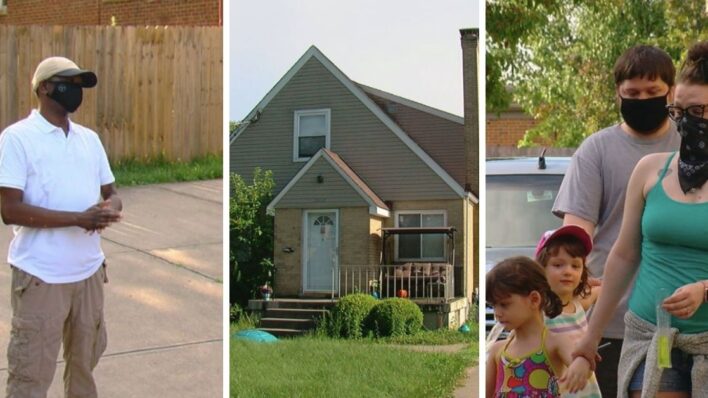 Landlord Saves Family From Homelessness After Father Lost His Job

When Ellery Lewis didn’t receive payment from his tenants, he knew something was wrong. So he decided to help them get back on their feet.
By Kawter    July 25, 2020

When Ellery Lewis didn’t receive payment from his tenants, he knew something was wrong. So he decided to help them get back on their feet.

One of the negative side effects of the current pandemic is the unfortunate loss of employment that many have had to go through. Without a salary, many people have been under pressure to find enough money to pay rent and put food on their table.

This was the case of Wes Moberly, an Ohio father who found himself without a job when he least expected it. While homelessness became a threat, his story turned out quite differently.

He had $0 left to fend for his family

Ten weeks ago, Wes was laid off from his job in information technology and hadn’t received a pay check since. He and his fiance used up all their savings to provide for their two daughters, Lana and Lily. “You know, make sure they have food to eat and a place to live and clothes to wear,” said Moberly.

I’m worried about borrowing money from people to get my phone line turned back on, worrying about when my internet is going to get disconnected because then I can’t even do freelance work, or, if I get a job, I won’t be able to do that.

Soon enough, he could not afford to pay rent

Wes found himself in a difficult position when he was unable to pay rent to his landlord, Ellery Lewis.

“They always pay their rent on time. They paid in May, and then June came and then July and I had not heard from them,” Lewis said.

So Ellery decided to give him a visit, to see if everything was alright. When he knocked, Wes thought he was going to be evicted. Instead, he received an unexpected news.

Instead of evicting them, Ellery told Wes that he was welcome to stay in the house and even gave him money out of his own pockets, to help him.

“He gave us $100 because I told him, like, our phone line had been turned off and we had $0 left at that point,” said Moberly.

The other big thing was, like, do we have a place to live? And now that we don’t have to worry about that for the time being, that’s just a mountain of stress off my shoulders.

Ellery also helped his other tenants

The pandemic has affected many of other tenants of Ellery’s. Rather than evict them, he said he is working out payment plans to accommodate these families until they are back on their feet.

“Do unto others as you would want them to do unto you,” Ellery said.