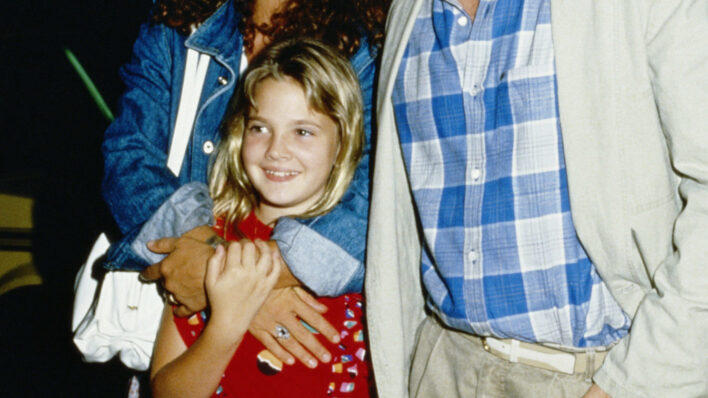 10 Life-Changing Movies from the 80s That Will Inspire You

The 80s are a funny era. During the 80s, movies were either awesome or sucked depending on who you ask.
By Matt Valentine    December 19, 2018

The 80s are a funny era. During the 80s, movies were either awesome or sucked depending on who you ask.

The 80s are a funny era. During the 80s, movies were either awesome or sucked depending on who you ask. During the 90s they got made fun of relentlessly.

But at the turn of the century, the 80s started to come back in style. Somehow, over time, the 80s became cool again — really cool (see Stranger Things).

Whatever you think of the 80s, you can’t deny that it occupied some of the most memorable films in recent cinematic history, films like Ghostbusters, Terminator, and Die Hard. But it also had a lot of incredibly powerful, and potentially even life-changing, films as well.

Here are ten life-changing movies from the 80s.

Back to the Future might not appear to be a life-changing movie to some, however, it definitely has its moments.

Growing up, I wasn’t a very confident kid. Watching Marty McFly stand up to Biff, for me, was pretty damn inspirational. But more than that, the idea of time travel is inspiring in itself and the questions Marty faces along his journey that help shape him can make you think of your own choices.

The sequel to the wildly popular Star Wars: A New Hope (1977) tells the story of a young boy wrestling with his past and becoming a man.

Beneath the awesome lightsaber duel scenes, Jedi wisdom, and alien planets is a story about growing up and facing the kinds of challenges many of us are so familiar with: about family and who we will become as a person.

The first of two Spike Lee films on this list, Do the Right Thing is about a wall at a pizzeria. When an argument erupts between the pizzeria owner Sal (Danny Aiello) and a neighborhood regular Buggin’ Out (Giancarlo Esposito) about why only Italian actors line the pizzeria’s Wall of Fame, the two disagree and tensions rise throughout the neighborhood as others begin to look upon the wall as a symbol of racism.

The Breakfast Club is one of those films that first seems to be nothing more than a fun comedy. However, it quickly breaks away from that to become something much more, being both a story about inclusion and insecurity and about finding common ground between people, even when they seem entirely different from you.

Being one of my all-time favorite movie franchises, my interpretation of the movies might be a bit skewed. Afterall, to most the Indiana Jones franchise might be nothing more than some fast-paced fun.

However, the first time I watched an Indiana Jones film was, for me, incredibly inspiring. If you’re like me, the sense of adventure and exploration into one of the world’s most mysterious objects was enough to get your mind racing and inspire your inner adventurer, something that still moves who I am today.

Spike Lee’s breakout classic She’s Gotta Have It is about a girl– Nola Darling played by Tracy Camilla Johns– with some serious dating issues. She can’t decide what kind of man she wants so, why not date three at a time?

What’s special about this movie is its open discussion on relationships and everything that comes with it– even sex isn’t out of bounds. But it doesn’t do so just to fan its own flames, it does so with a purpose: to tell the story about a woman whose going through a crisis of direction in a raw and honest fashion. Few films have ever depicted what it’s really like to navigate such issues as clearly and truthfully as this film did.

Especially if you’re younger and just learning to navigate the ins and outs of relationships, this film can teach you a lot.

The film has been described as the martial arts version of Rocky, and I couldn’t agree more.

Following in the same spirit, The Karate Kid is hugely inspiring and will make you feel like jumping up and punching things– or, perhaps, being a bit more productive– as soon as it ends.

But more than just being incredibly motivating, the film teaches several important lessons on how to deal with bullying and the importance (and power) of calming and focusing the mind.

As a self-professed fantasy junky, The NeverEnding Story, a film about a boy who enters a sprawling fantasy world by entering a mysterious book, was one of my very first introductions to the genre as a kid.

Stories are important, not only because they can teach us valuable lessons but because they have a unique ability to take us away from reality and give us a much-needed respite.

There’s a special power in being able to take someone away from their life momentarily and show them a world of limitless possibility layered over a story that teaches critical but altogether Earthly lessons in living life. And fantasy epics like The NeverEnding Story do that beautifully.

It’s hard to imagine making a list of 80s movies and not including Ferris Bueller’s Day Off, but life-changing? Hear me out.

If it’s been a while since you’ve seen the movie, all you might remember is the 4th-wall breaking, wall jumping, sick-faking Bueller in all his mischievous glory and the epic quest that he and his friends Cameron (Alan Ruck) and Sloane (Mia Sara) set out on.

However, by the end of the film, Ferris Bueller teaches us that life is short and the importance in making the most of the time given to us.

As Bueller said, “Life moves pretty fast. If you don’t stop and look around once in a while, you could miss it.”

Spielberg’s heartwarming family classic about a boy who befriends a strange stubby alien and their quest to elude authorities is one of the most recognizable movies of all time, and for good reason.

The movie is masterfully crafted and tells a universally loved story about people who couldn’t possibly be more different coming together in the spirit of love and compassion.

E.T. earned its place on this list because it teaches us about the power of friendship and the power it has to break through boundaries.

Warren Buffett, Melinda Gates and Sheryl Sandberg Agree This Advice Is Essential For a Lasting Relationship