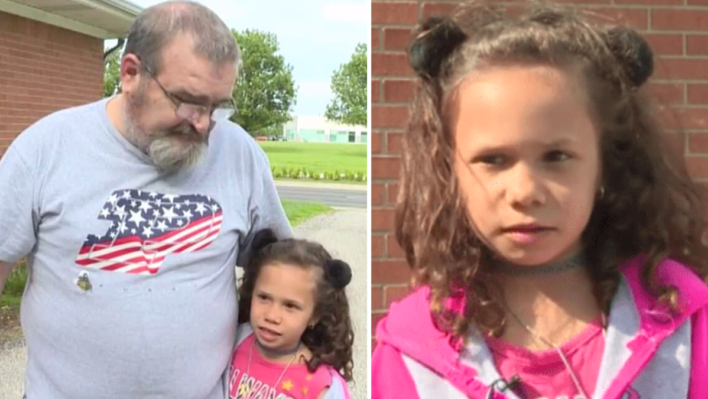 One kindergartner and her family showed the world the result of “lunch-shaming.”
By Lindsey Staub    November 10, 2022

One kindergartner and her family showed the world the result of “lunch-shaming.”

No child should be punished for a lack of funds in the cafeteria.

Anya Howard experienced this “lunch shaming,” but after her guardian raised concern over the situation, her school has looked into a different policy, one that saved kids from facing embarrassment if they didn’t have enough money to pay for a hot meal.

Six-year-old Anya was forced to return the food she was served and walk to the back of the lunch line.

Anya, a kindergartner at Southwest Elementary School in Greenwood, Indiana, didn’t have enough money in her account to pay for the $2.25 hot meal at lunch. Because she had insufficient funds, she was made to walk past all of her peers, return the food, and pick up a peanut butter and jelly sandwich instead.

“When I went to do my number, they told me that I needed to give my food back to Ms. Jenny,” Anya told WISH.

Anya walked past about 20 other children to the back of the line as they made comments and laughed at her.

Dwight Howard, Anya’s grandfather, was once a teacher, and he found this “cafeteria walk of shame” unreasonable.

“When she was talking to me about it, she was more than ‘sad.’ I mean, that’s embarrassing for a little 6-year-old,” he said.

How a 6-Year-Old’s Grandfather Reacted to the Situation

Anya wasn’t the only student who underwent the humiliation that day. Another child had to endure the mockery of their peers due to a lack of funds in the cafeteria.

“They were laughing at us,” Anya said.

That day, Anya’s family received a note notifying them that she only at $0.10 left in her cafeteria credit. Howard said that this was the first time the family was notified that the credit had dipped so low.

“They waited until there was a dime left, denied her the opportunity to eat the lunch that she had and then she had to go to the end of the line to wait for a PB&J,” Howard said.

RELATED: Little Boy Denied Food On His Birthday Because Of $9 Lunch Debt – His Grandmother Has The Best Response

“It is not an uncommon occurrence for multiple students to be served the alternate lunch on any given day. Any time this happens, our staff looks to handle all of these as discreetly as possible… We do allow elementary students to charge two hot meals before receiving the alternate meal,” DeKoninck said in a statement.

How Lunch-Shaming Led to a Positive Change at School

In conflict with this statement, a note stapled to the back of Anya’s payment reminder stated that starting that same year, the elementary school would no longer allow students to charge any meals to their account if they did not have the correct amount of money.

“Starting Monday 5/13/2019 we are no longer allowing any Café accounts to go into the negative. If there is not enough money in your child’s account to cover the entire meal, they will be receiving a peanut butter sandwich and a milk,” stated the note.

The superintendent has since said that he has met with Anya’s family and they are now all on the same page.

He also added that the district plans to review its policy to ensure that they are handling these delicate situations as well as they can.

Though Anya had to undergo an embarrassing experience, this situation has led to positive change. Now that the problem of “lunch-shaming” has been flagged to the community, the school system is ensuring that they handle future issues better.

Teen Born With a Drug Addiction Eats Lunch Alone Everyday – Then, the First Day of School Changed Everything