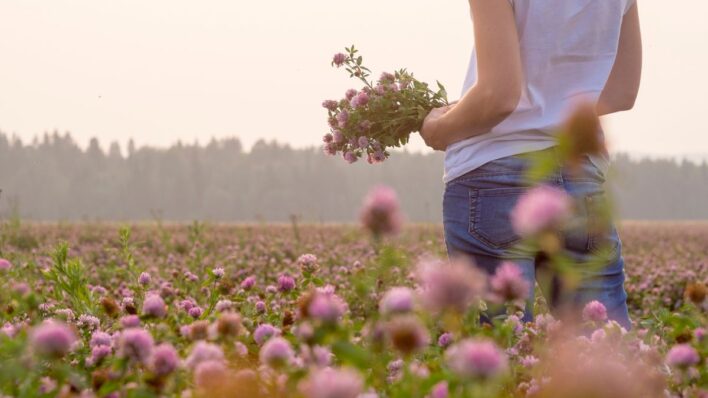 Logotherapy: A Complete Guide to This Powerful Framework for Growth

Live your life based on what makes life meaningful.
By Ricky Derisz    April 21, 2022

Live your life based on what makes life meaningful.

Viktor Frankl’s Man’s Search For Meaning is one of the most inspirational books ever written. Since its release in 1946, it has sold 10 million copies and regularly ranks highly on must-read lists. Frankl’s story is remarkable for his record of living through the horrors of the holocaust, having been sent to concentration camps in 1942, including Auschwitz, where he’d spend three years amidst the darkest depths of suffering.

By the time Frankl was imprisoned, he was 37-years-old, was lecturing on the meaning of life, and was an established psychiatrist, specializing in depression and suicide. His experience and grounding in therapy allowed him to view the experience of concentration camps through a unique perspective that offered insight into the full spectrum of human behavior.

Man’s Search for Meaning is split into two parts. The first, Experiences in a Concentration Camp, describes the horrors Frankl witnessed — both directly, and indirectly, through the loss of his father, his mother, his brother, and his wife. Frankl’s exploration is profound, as he explains his growing realization that a huge factor in those more likely to survive was not physical strength, or selfishness, but meaning.

In part two, Frankl introduces logotherapy, an approach that empowers and offers an existential solace to life’s challenges. Logotherapy is the gift Frankl gave to the world and spent the rest of his life developing. This article will provide you with a guide to logotherapy, including its ethos, its key philosophies, and the practical techniques you can apply to your own life.

The Origin of Logotherapy

Logotherapy is the result of Frankl’s mixture of professional research and personal insight. Frankl deviated from other schools of thought. Whereas Freud and Adler explored theories around the will to pleasure and will to power respectively, Frankl believed each person had a will to meaning, unique to them.

The name is based on the Greek word logos, which translates to “meaning,” and aims to “reorientate the patient toward the meaning in his life.”

Frankl held an early manuscript for Man’s Search for Meaning when he first encountered the concentration camps, and once released, revised his thoughts and wrote the book in a nine-day period. In contrast to modern-day approaches to living in the present, and not worrying about the future, Frankl discovered that during times of intense suffering, the people who had hope were less likely to succumb to a form of psychological death, and that hope was attached to purpose.

Frankl offered a different take on human suffering and mental distress. He argued that, far from a defense mechanism, meaning itself is a vital function for all of us. A life without meaning leads to what Frankl called the existential vacuum, a sense of worthlessness or emptiness that can become the cause of depression, anxiety, and even suicide. Due to its emphasis on thriving and human potential, logotherapy was an early inspiration for the developing field of positive psychology.

Frankl was critical of 20th-century living and the way they cause forms of mental distress. He noted that, whilst many people have gained security and comfort, they’d lost a deeper sense of personal responsibility and spiritual aspiration. Unsurprisingly, considering the circumstances Frankl found himself in, logotherapy centers around answering existential questions modern cultures fail to address.

Modern living makes it easy to avoid life’s big questions, not least what makes life worth living, or what’s truly meaningful, away from the values of society. Starved, sleep-deprived, and with the looming threat of physical violence or death, those within concentration camps were stripped bare, physically and emotionally. This allowed Frankl to see the essence of meaning away from creature comforts and the fulfillment of basic needs.

I’m sure most of us are familiar with the term existential crisis, the type of despair that seems to go beyond day-to-day concerns or fears. In logotherapy, when the will to meaning is restricted, it leads to what Frankl termed existential frustration, a type of neurosis that can only be resolved by discovering meaning. Frankl defined existential in three different ways:

Logotherapy is a form of existential therapy. Frankl built upon the work of some of philosophy’s greatest thinkers, including the likes of Søren Kierkegaard, Friedrich Nietzsche, and Martin Heidegger. Frankl’s genius was his ability to apply these theories to modern psychology, offering a practical way to guide patients to their own sense of existential fulfillment.

The Meaning of Life

What is the meaning of life? It’s a question so expansive and impossible to answer in a satisfying way, that even asking it is audacious. But Frankl’s logotherapy is grounded in meaning and has to approach answering this question. “What matters is not the meaning of life in general but rather the specific meaning of a person’s life at a given moment,” Frankl writes. “Everyone has his own specific vocation or mission in life to carry out a concrete assignment which demands fulfillment.”

Frankl offers a powerful reframe in the quest to find meaning. Rather than something far out of reach, meaning is within grasping distance. “Man should not ask what the meaning of life is, but rather, must recognize that it is he who is asked,” he adds. “Each man is questioned by life, and he can only answer to life by answering for his own life. He can only respond by being responsible.”

Frankl’s biggest influence in this sense was that, far from an answer only found in religious traditions or spiritual leaders, the answer is deeply personal, and found within. Logotherapy supports people to become responsible for the journey into the depths of themselves, to respond to the question their life is here to answer. Interestingly, in answering this question, people tend to become more focused on things beyond their individual needs.

Similar to Abraham Maslow’s view of self-transcendence sitting at the top of the hierarchy of needs, Frankl touches upon the paradox of inherent, personal meaning — each of us tends to find meaning in something, or someone, outside of ourselves, and yet this meaning is found only by exploring the self. Frankl backs up the claim of multiple spiritual traditions, in that “self-actualization is possible only as a side effect of self-transcendence.”

Discovering the meaning of life

Fortunately, in addition to highlighting the need for meaning in a fulfilling life, Frankl’s logotherapy provides a pathway. The three different ways to discover meaning are:

Frankl highlighted the importance of love and suffering. Love, as a direct experience and not an abstract concept, allows us to fully see another, and fully accept them. This is mirrored in someone seeing their own potential, and ability to self-actualize. And suffering, for Frankl, ceases to be when one finds meaning, as he saw demonstrated first-hand, and experienced within himself.

The Three Techniques of Logotherapy

Within the philosophical insight, and approaches to finding meaning, logotherapy offers various techniques in order to ease existential frustration, and develop a life of deeper meaning. There are many benefits to this, not least the ability to develop resilience to life’s ups and downs. The more you believe in your ability to transform suffering into growth, the less you’ll fear those experiences in future, the more risks you’ll take to live the life you want to live.

Obviously, the experiences of millions in concentration camps are the extreme of human suffering and adversity. I’m a big believer that all human experience is on a spectrum, and the intense, amplified experience is one way to understand universal principles that apply to the whole spectrum. Frankl’s logotherapy uses the extremes of suffering and resilience to distill a way to support others through many life’s challenges.

As a result, logotherapy supports people in uncovering the deeper meaning of their lives, understanding how their individual journey relates to the world and others and inspires them to take greater personal responsibility. Within the approach there are three key techniques:

Logotherapy is a powerful reminder of the transformative value of meaning. Frankl’s gift was to identify this, and use his experience as a psychiatrist to offer a model and framework to guide others. You don’t necessarily need a therapist to support you in finding meaning; consider the various techniques and pathways above, and consider making the pursuit of meaning a priority.

I’ll conclude this with Frankl’s sharing of his idea of super meaning. Whilst suffering and insight lead to self-transcendence, so too does the process of finding meaning lead to a comprehension of existential truths. In Frankl’s words: “What is demanded of a man is not, as some existential philosophers teach, to endure the meaninglessness of life, but rather to bear his incapacity to grasp its unconditional meaningfulness in rational terms.”

At the very least, allow Frankl’s insights to inspire you that there is growth, and transformation, to be found in suffering. Dedicate your life to answering the question of meaning. Live your life as an answer to the question of what makes life meaningful.