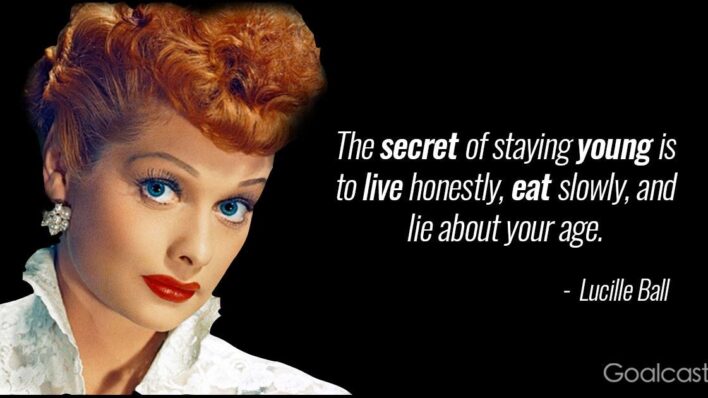 Brave, glamorous and attractive, Lucille Ball was one of America’s most beloved comedians, particularly known for her self-produced television show
By Flavia Medrut    December 19, 2017

Brave, glamorous and attractive, Lucille Ball was one of America’s most beloved comedians, particularly known for her self-produced television show ‘I Love Lucy’. She was also a model, singer and producer.

The TV show was an immense success and included story lines about marriage, suburban living, friendship and women at the workplace. Ball co-starred on the show with her husband, Desi Arnaz.

Growing up in a family who barely had money for school pencils, Lucille made it all the way to the top. She was the first woman to run a production studio without a man’s help and the first woman to receive the International Radio and Television Society’s Gold Medal. Ball also got four Emmys and is a Television Academy Hall of Fame inductee.

So let’s enjoy together 20 Lucile Ball quotes, learn to live our life to the fullest, be bold, and keep in mind that success can be just around the corner, no matter your age. After all, Ball knew real success after she was 40. It’s a helluva start, being able to recognize what makes you happy.

Love yourself first and everything else falls into line. Your really have to love yourself to get anything done in this world. I’d rather regret the things I have done than the things that I haven’t.

One of the things I learned the hard way was that it doesn’t pay to get discouraged. Keeping busy and making optimism a way of life can restore your faith in yourself.

The more things you do, the more you can do.

Luck? I don’t know anything about luck. I’ve never banked on it and I’m afraid of people who do. Luck to me is something else: Hard work – and realizing what is opportunity and what isn’t. The secret of staying young is to live honestly, eat slowly, and lie about your age.

A man who correctly guesses a woman’s age may be smart, but he’s not very bright.

I’m not funny. What I am is brave.

In life, all good things come hard, but wisdom is the hardest to come by.

Once in his life, every man is entitled to fall madly in love with a gorgeous red head.

People either have comedy or they don’t. You can’t teach it to them.

Politics should be the part-time profession of every citizen who would protect the rights and privileges of free people and who would preserve what is good and fruitful in our national heritage.

I’m happy that I have brought laughter because I have been shown by many the value of it in so many lives, in so many ways.

I don’t know how to tell a joke. I never tell jokes. I can tell stories that happened to me… anecdotes. But never a joke.

Use a make-up table with everything close at hand and don’t rush; otherwise you’ll look like a patchwork quilt.

I dyed my hair this crazy red to bid for attention. It has become a trademark, and I’ve got to keep it this way.

I’ve always prided myself on knowing when to get off, and I hope it works out that way. 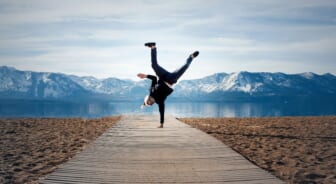 The Dunning-Kruger Effect: Who It Affects and How to Avoid It (at All Costs) Self
Follow Us Online
Motivation