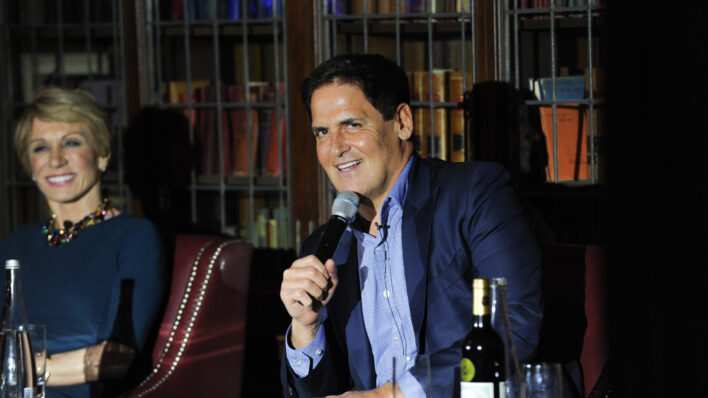 The beautiful thing about being human and evolving is that we never stop learning, and for billionaire Mark Cuban, that
By Aly Walansky    September 4, 2018

The beautiful thing about being human and evolving is that we never stop learning, and for billionaire Mark Cuban, that includes an intense amount of daily reading.

Cuban wants to start each day learning something new, and for that reason, he spends the half of every day reading.

And, in fact, he credits this habit for his success!

“I read everything I can. I don’t care what the source is,” Cuban tells CNBC Make It. In total, he says his reading routine takes up “four to five hours a day.”

This of course includes various forms of reading, including as the news.

Cuban subscribes to a mix of local and national news outlets, both for the digital and print editions.

“I start my days with the newspapers,” he tells CNBC Make It. He subscribes to the Dallas Morning News, The Economist, The New York Times, The Wall Street Journal, The Washington Post and six magazines, Cuban tweeted in August.

Of course, a chunk of that reading time involves a necessary evil all of us deal with: Email! In fact, Cuban manages as much of his business as he can over email and tries to avoid meetings, which he finds time-consuming. “No meetings or phone calls unless I’m picking up a check. Everything is email, Cuban told Thrive Global in 2016. “Saves me hours and hours every day. No meetings. No phone calls. All because of email.”

More reading time is taken up by newsletters and whatever he’s focused on “educating myself about tech-wise,” Cuban tells CNBC Make It. Right now, he’s studying up on, “all things AI, quantum and nano technology that I can.”

This learning and reading is important to stay competitive since tech is ever-changing, Cuban says.”Particularly in the tech industry, the only constant is change,” Cuban explained on “The Jamie Weinstein Show” podcast. “So you’ve got to stay up, because otherwise, there is some 12- or 18-year-old kid that is coming in with a better idea to kick your a–.”

This habit isn’t a new one: When Cuban got started selling computer software in Dallas in his 20s, when he would take home programming manuals and read them at night!

This message is clear. Even if you are done with school and feel pretty confident in your job skills, never stop reading up on research and learning. That keeps you competitive, confident, and on top of your game!

Required readings according to our favorite stars and CEOs