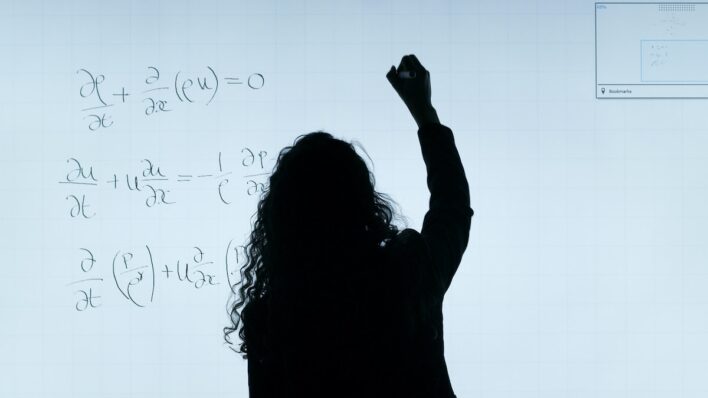 60 Funny and Inspirational Math Quotes for Students and Teachers

Funny and inspirational math quotes for teachers and students. Including math quotes from Albert Einstein and other famous mathematicians.
By Flavia Medrut    February 10, 2021

Funny and inspirational math quotes for teachers and students. Including math quotes from Albert Einstein and other famous mathematicians.

As a student, you either love or hate math. As a teacher, there’s probably nothing you love more.

Whichever the case, having some math knowledge is always useful. If you think about it, most of us use it on a daily basis — whether we’re measuring something, sorting, noticing patterns, making comparisons or recognizing shapes. Of course, we don’t necessarily use complex formulas, but we do need some basic math skills for all these activities.

When it comes to children, it is crucial to teach them about the importance of problem solving. We all know that for some kids there are few words scarier than “math”. But we can influence their thinking by incorporating math in enjoyable activities and by having a positive attitude towards it. There are so many educational games and cool facts that can make this discipline fun.

Math is neither dull nor uncool. There are enough examples of successful people that have proven that. If you’re still not convinced, take a look at the following quotes and saying that we’ve handpicked for you.

Here are 60 Math Quotes for Students, Teachers and Classrooms from Albert Einstein and other Famous Mathematicians

It is the duty of all teachers, and of teachers of mathematics in particular, to expose their students to problems much more than to facts.

The best teacher is not the one who knows most but the one who is most capable of reducing knowledge to that simple compound of the obvious and wonderful.

It is the supreme art of the teacher to awaken joy in creative expression and knowledge.

Theorems are fun especially when you are the prover, but then the pleasure fades. What keeps us going are the unsolved problems.

The curriculum is so much necessary raw material, but warmth is the vital element for the growing plant and for the soul of the child.

One of the endlessly alluring aspects of mathematics is that its thorniest paradoxes have a way of blooming into beautiful theories.

All mathematicians share a sense of amazement over the infinite depth and mysterious beauty and usefulness of mathematics.

It is clear that the chief end of mathematical study must be to make the students think.

Mathematics is not about numbers, equations, computations, or algorithms: it is about understanding.

There should be no such thing as boring mathematics.

There’s no reason to stereotype yourself. Doing math is like going to the gym – it’s a workout for your brain and it makes you smarter.

Do not worry too much about your difficulty in mathematics, I can assure you that mine are still greater.

You can be creative in anything — in math, science, engineering, philosophy — as much as you can in music or in painting or in dance.

The hardest arithmetic to master is that which enables us to count our blessings.

The only reason I don’t know more about love is because there just isn’t more to know. In fact, I’ve reduced love to a mathematical formula: Hdgk(X)=H2k(X,Q)∩Hk,k(X). Actually, that’s not right. That’s the statement piece of the Hodge conjecture, but I’m sure you already knew that.

Mathematics is like love; a simple idea, but it can get complicated.

Mathematics may not teach us to add love or subtract hate, but it gives us hope that every problem has a solution.

Mathematics is a hard thing to love. It has the unfortunate habit, like a rude dog, of turning its most unfavorable side towards you when you first make contact with it.

If people do not believe that mathematics is simple, it is only because they do not realize how complicated life is.

Life is a math equation. In order to gain the most, you have to know how to convert negatives into positives.

Mathematics as an expression of the human mind reflects the active will, the contemplative reason, and the desire for aesthetic perfection. Its basic elements are logic and intuition, analysis and construction, generality and individuality.

Wherever there is number, there is beauty.

Mathematics, even in its present and most abstract state, is not detached from life. It is just the ideal handling of the problems of life.

Mathematics knows no races or geographic boundaries; for mathematics, the cultural world is one country.

Out of an infinity of designs a mathematician chooses one pattern for beauty’s sake and pulls it down to earth.

Mathematics allows for no hypocrisy and no vagueness.

Mathematics compares the most diverse phenomena and discovers the secret analogies that unite them.

Pure mathematics is, in its way, the poetry of logical ideas.

How can it be that mathematics, being after all a product of human thought independent of experience, is so admirably adapted to the objects of reality?

But the creative principle resides in mathematics. In a certain sense, therefore, I hold true that pure thought can grasp reality, as the ancients dreamed.

Mathematics is the most beautiful and most powerful creation of the human spirit.

What is mathematics? It is only a systematic effort of solving puzzles posed by nature.

Mathematics is the supreme judge; from its decisions there is no appeal.

The laws of nature are but the mathematical thoughts of God.

Mathematics is the music of reason.

Mathemathics is the queen of the science.

Mathematics compares the most diverse phenomena and discovers the secret analogies that unite them.

The essence of mathematics is not to make simple things complicated, but to make complicated things simple.

Geometry is knowledge of the eternally existent.

Mathematics is concerned only with the enumeration and comparison of relations.

Mathematics is the science of what is clear by itself.

Nature is written in mathematical language.

Just because we can’t find a solution, it doesn’t mean there isn’t one.

You don’t have to be a mathematician to have a feel for numbers.

Somehow it’s o.k. for people to chuckle about not being good at math. Yet if I said ‘I never learned to read,” they’d say I was an illiterate dolt.

Only two things are infinite, the universe and human stupidity, and I’m not sure about the former.

If you stop at general math, then you will only make general money.

A mathematician is a blind man in a dark room looking for a black cat which isn’t there.

Math is fun. It teaches you life and death information like when you’re cold, you should go to a corner since it’s 90 degrees there.

In the fall of 1972, President Nixon announced that the rate increase of inflation was decreasing. This was the first time a president used the third derivative to advance his case for re-election.

Mathematics is a game played according to certain simple rules with meaningless marks on paper.

That awkward moment when you finish a math problem and your answer isn’t even one of the choices.

If there is a 50-50 chance that something can go wrong, then nine times out of 10 it will.