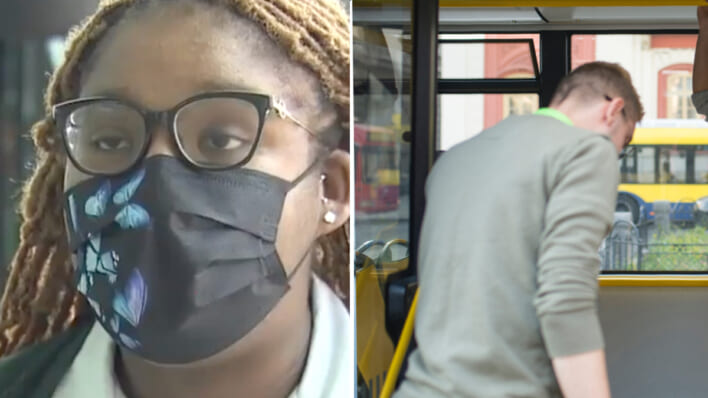 Thanks to a Miami bus driver named T’Yanna Sims, a local blind man was ferried to safety with the dignity and respect he deserves.
By Sophie Babinski    September 7, 2022

Thanks to a Miami bus driver named T’Yanna Sims, a local blind man was ferried to safety with the dignity and respect he deserves.

We often spend our days glued to our phones or caught up in our own thoughts, not taking any extra time to look around and observe those around us. People are so reserved that we often feel uncomfortable or afraid when it comes to approaching our neighbors and asking for help.

Luckily, one woman demonstrated offering help when someone was too afraid to ask — and that can have a huge impact.

T’Yanna Sims has been a driver for Miami Dade transit for over a year. For her, the job is much more than just driving people from point A to point B. It’s about interacting with people, helping them, and motivating them.

The part of the job she loves most is the opportunity she gets to meet all kinds of different folks and to learn from them. She gets something from both the highs and the lows of each interaction, and can often see when people are struggling for help, but too anxious to ask for it.

Though she performs acts of kindness almost daily, one of them recently touched the heart of thousands when it went viral. One of T’Yanna’s passengers, who was blind, was swaying and struggling to get off the bus. The stop was in a busy area, and T’Yanna knew that the man would have trouble crossing the street and getting to his next destination. Immediately, she decided to help.

“I was watching the blind passenger as he was getting off the bus,” she said, “and I noticed he was a little wobbly.”

T’Yanna stopped the bus, and helped the man cross the street. She then went a step further by helping him orient himself, and leading him in the direction of his destination.

“I let him grab my hand,” she said, “and I proceeded walking him across Fifth Street. I got him to touch a wall, and I let him know that he made it to Washington and Fifth Street, and I also wanted to make sure that he got across the street safe.”

As they were walking, the man confessed to T’Yanna that he wanted to ask for help but had been too afraid. He was grateful to the bus driver for being proactive and taking it upon herself to give him a hand.

Yes, I love it. I was happy. I was full of joy. I just felt good. I felt like a hero, and I felt like I promoted good energy.

Those around her recognized that T’Yanna was setting an amazing example. Her version of customer service went above and beyond the norm, making sure people feel safe and uplifted. She hopes that others around her adopt her mindset and work towards making the world a better place.