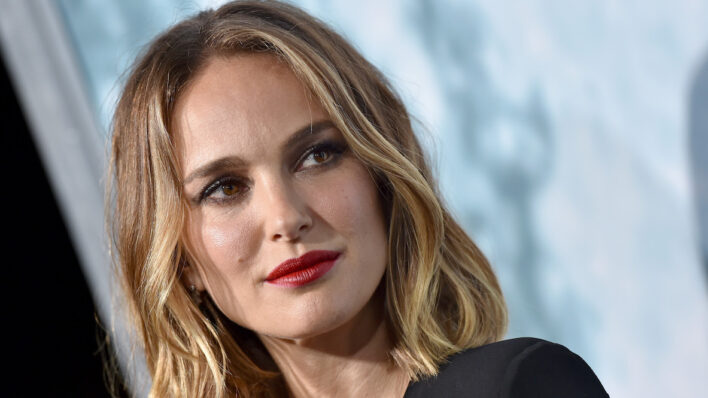 Natalie Portman decided to stand up for herself when Moby’s account of their relationship, more than 20 years ago, was false.
By Aly Walansky    May 7, 2020

Natalie Portman decided to stand up for herself when Moby’s account of their relationship, more than 20 years ago, was false.

Moby recently released his autobiography Then It Fell Apart in which he talked about his controversial relationship with Natalie Portman when she was 18 years old and he was 33.

The problem? The relationship never happened. And Natalie made sure the world would know exactly how it went down.

He assumed they were in a relationship

According to Moby, the two had met backstage at his concert in Austin, Texas, when he was 33 and she was 20. He mentions that they dated briefly before Natalie ended the relationship when she met someone else.

“I wanted one thing: for me to be alone … nothing triggered my panic attacks more than getting close to a woman I cared about,” Moby confessed in his book. And according to him, “he had tried to be Natalie’s boyfriend, but it hadn’t worked out” as he wasn’t ready to love a woman.

Except, according to Natalie Portman, a big part of what Moby details is not as accurate…especially the fact that they even dated at all. In an interview with Harper’s Bazaar, the actress said she and Moby never dated.

“I was a fan and went to one of his shows when I had just graduated,” Natalie said. “When we met after the show, he said, ‘let’s be friends’. He was on tour and I was working, shooting a film, so we only hung out a handful of times before I realized that this was an older man who was interested in me in a way that felt inappropriate.”

I was surprised to hear that he characterized the very short time that I knew him as dating because my recollection is a much older man being creepy with me.

She also said there was a big factual error in the book, saying that she was not 20 when they met, as he claimed in the book, but had just turned 18.

He said I was 20; I definitely wasn’t. I was a teenager. I had just turned 18. There was no fact checking from him or his publisher – it almost feels deliberate.

Not only did Moby falsely depict their relationship as romantic, he also tampered with the facts in his book. Writing such an account without even double checking with her was baffling to Natalie, especially since he made that whole story the selling point.

“That he used this story to sell his book was very disturbing to me. It wasn’t the case. There are many factual errors and inventions. I would have liked him or his publisher to reach out to fact check.”

Natalie got her apology, but with difficulty

Moby ultimately responded on Instagram, and rather than apologize, actually doubled down with a defense. In the caption, he mentions that Natalie’s version “confused me, as we did, in fact, date.”

“And after briefly dating in 1999 we remained friends for years. I like Natalie, and I respect her intelligence and activism,” Moby continued. “But, to be honest, I can’t figure out why she would actively misrepresent the truth about our (albeit brief) involvement.”

Except a few days later, after receiving backlash for his defense, Moby ultimately issued an apology on Instagram, saying that “many of the criticisms leveled at me regarding my inclusion of Natalie in Then It Fell Apart are very valid.”

He admitted he shouldn’t have included her at all without getting her permission. He also said “given the dynamic of our almost 14-year age difference I absolutely should’ve acted more responsibly and respectfully when Natalie and I first met almost 20 years ago.”

What Natalie’s experience means for the rest of us

Moby’s apology represents a step in the right direction when it comes to men holding themselves accountable for their mistakes. However, the situation highlights important underlying issues in women’s experiences with men.

Moby using a story he largely imagined to be true (whether or not they dated, we will never be able to tell as the two have differing accounts–and Moby has not taken back his claim) to sell books is a form of exploitation of a woman for his personal cool factor.

A small victory for women and their voices

In the wake of the Time’s Up movement, of which Natalie was a strong advocate, the need for women’s voices to be heard has become more important than ever.

[Time’s Up|] gave women the ability to say, ‘We’re essentially being silenced and shamed and now we’re coming forward.’

By refusing to let Moby have his way, Natalie is setting an example for all women whose stories have been controlled by men. Speaking your truth is always worth it, even when the voices around can appear to be louder.