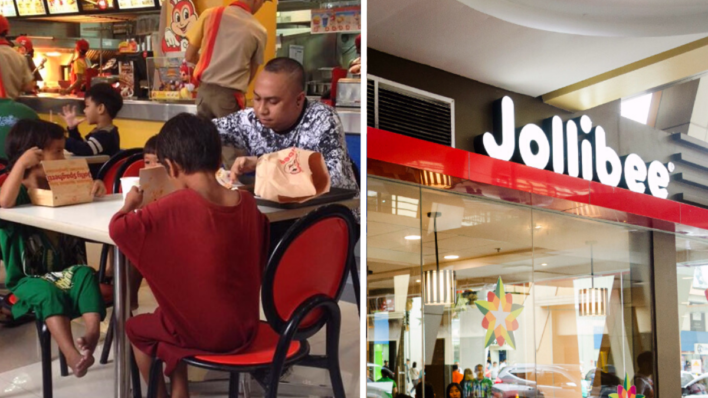 When the couple reached out, one of the children voiced a surprising, yet touching statement that the strangers would remember forever.
By Joel Balsam    December 9, 2021

When the couple reached out, one of the children voiced a surprising, yet touching statement that the strangers would remember forever.

Patrisha Capillan and her boyfriend Niks Celebrado Diaz were walking into a popular Filipino fast-food chain called Jollibee when they saw an unfortunately familiar sight.

Three children were lying in front of the store, trying to catch the attention of the people passing by and begging for money or food.

Immediately, Diaz decided to do something special.

According to Phil News, he invited the three kids into the restaurant and fed them spaghetti, even spoon-feeding the littlest one.

Boy saves meal for his mom

But then, all of the sudden, one of the children turned green and wouldn’t finish his meal.

Diaz asked why, and the boy replied that he was saving it for his mother.

So the kind stranger bought the boy an extra burger and the three ran out of the store.

Capillan caught the whole thing on video and shared it to Facebook where it garnered over 417k views, 1.4k reactions, 93 shares, and 97 comments, according to Phil News, before it was removed.

Do to others what you want to do unto you.

Stopping hunger one person at a time

The statistics are impossible to fathom and breaching on catastrophic, but we can’t change them with a snap of a finger (though perhaps with $6.6 billion). However, we can do our part to help one person, one day at a time, as this generous man did at a fast-food restaurant in the Philippines.