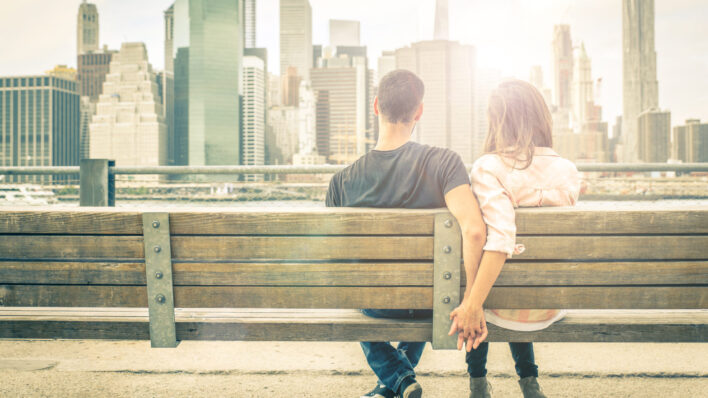 You have probably read gazillion articles about the benefits of travel. I won’t be repeating the obvious here. Instead, I
By Tatsiana    June 6, 2017

You have probably read gazillion articles about the benefits of travel. I won’t be repeating the obvious here. Instead, I want to tell a story that shows a surprising effect I discovered about how travel helps us connect with each other and build stronger relationships. Ready?

What is the key to all successful relationships? I bet the majority would answer: communication. But did you know that most of how we communicate is actually non-verbal? There are some people who could hear you speak a thousand words and still not understand you. And there are others who will understand without you even speaking a word.

When you are immersed in an environment where you don’t speak a word of the local language, and they don’t speak yours, what do you do? Does it stop you from trying to connect with the people around you? Does it scare you? Does it frustrate you? We all remember the ancient story of Babel, where it was miscommunication that stopped the people from building the tower to heaven.

But in fact, it’s been proven that most of how we communicate is non-verbal. How often do we run into problems of misunderstanding with people who are close to us? You can speak the same language, be raised in the same family, and still not get the other person.

When words fail: My adventures in (mis)communication

I’ve been to places where I didn’t speak the language. The last one was in Bratislava, Slovakia. My native language is Russian, and English is second. I’m also fluent in Belarusian, although I don’t normally count it as an additional language, because it’s not widely spread (my former compatriots, please, forgive me for this).

They spoke English well at the hotel and restaurants, but not so much on the streets. I was with my Hungarian friend who I met in the USA. One day we were up to checking out the ruins of an ancient castle in Devín, which is a borough of Bratislava. We decided to take a bus to get there. Google gave us pretty clear directions, and we thought it would be a piece of cake to find it. Unfortunately, when we got to the bus stop, we didn’t see the number of the bus we were supposed to take. That’s when all the fun began.

There were only locals at the bus stop and they spoke nothing but Slovak. As I mentioned, I spoke Belarusian, which is also a Slavic language, and they seemed at least close enough that I was able to get the gist of Slovak in written form.

So I tried to ask people in broken Englo-Belarusian where our bus stop was. I don’t know how much of what I said was actually understood, but one woman finally gestured to us to follow her.

It appeared that our bus stop was on the other side of a road under the bridge. There was no way we would have been able to find it on that particularly crazy intersection without any help. The adventures continued when we got on the bus. It was making many stops in rural areas, and it was hard to figure out where exactly we needed to get off. I tried to speak to one of the passengers again, mixing English, Belarusian and gestures. Luckily, the woman I spoke to was just as nice as the one at the bus stop. She explained that our stop was two stops after she gets off, and that we then we needed to walk for about ten minutes. Or at least that was how I interpreted it.

After getting some kind of clarity, I turned to my friend and told her where I thought our stop was.

She looked at me, puzzled. I wasn’t sure why, so I repeated it again. She still seemed perplexed. I thought maybe my explanation wasn’t logical or that I was might have been missing something. For a moment, I even thought that my friend understood everything from that woman better than I had, and that it was me who was stupid and got it wrong. I tried to explain it in different words, as I started losing my confidence. My friend’s eyes only became wider. Other passengers in the bus were staring at us. I got nervous, still not knowing what was going on, until she said:

The burst of laughter shook the bus. No, the locals didn’t get the joke, but the two of us were laughing all the way to the castle. Apparently, my brain switched between the two languages, but picked the wrong one to talk to my friend. Instead of speaking English, it switched to my native Russian. You see how close we became after traveling together – my unconscious confused her with someone I grew up with!

Learning to listen without words

I think the moral of this story is that we need to pay more attention to the people around us. How can you understand anyone when the only information you get from them are spoken words? We seem to communicate better with our phones than with our partner. How many times do we respond without even looking at the other person? How many times do our minds wander off somewhere, preventing us from being truly present with our loved ones?

Text messages are so popular today that we are living virtual lives and missing out on our real ones. Sometimes, all we need to understand someone deeply is to unglue ourselves from the screen and look them in the eyes.

The same applies to understanding yourself. The heart doesn’t speak in words, but if you are not paying attention to what it says, you may end your life with lots of regrets. It’s healthy and wise to connect with yourself on a regular basis to live your life fully.

Tatsiana is a multipotentialite with many interests and creative pursuits. She is an IT Project Manager by day and wears many hats by night. She’s been painting for as long as she remembers, and writing poetry since she was 10-11 years old. She’s a world traveler and a lover of life. You can see some of her creations at www.tatsiana.us and connect with her on social media