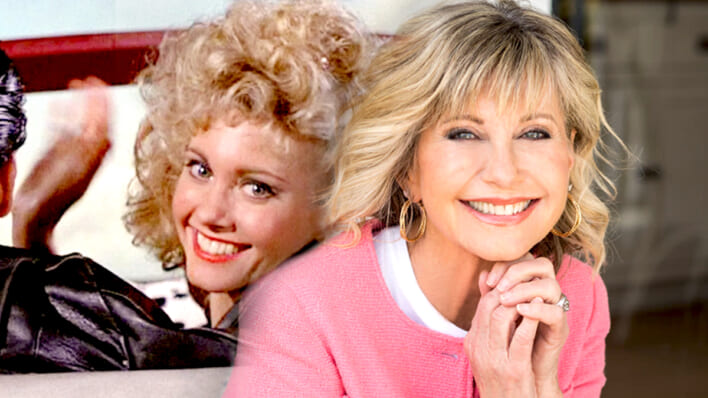 Olivia Newton-John sadly passed on Monday, August 8 at her home in Southern California, but she led a life filled with achievements, honors and an incredible amount of inspirational memories.
By Bianca Mercuri    August 9, 2022

Olivia Newton-John sadly passed on Monday, August 8 at her home in Southern California, but she led a life filled with achievements, honors and an incredible amount of inspirational memories.

Olivia Newton-John, a British-born, Australian entertainer died on Monday, August 8 at her ranch in Southern California at 73 years old.

Newton-John spent much of her life battling breast cancer. In 1992, she beat her first breast cancer diagnosis. Unfortunately, it returned in 2017. She passed away fighting stage IV metastatic breast cancer. Her official Facebook page released a statement about the pop star and actress, stating:

“Olivia has been a symbol of triumphs and hope for over 30 years sharing her journey with breast cancer. Her healing inspiration and pioneering experience with plant medicine continues with Olivia Newton-John Foundation Fund, dedicated to researching plant medicine and cancer.”

Newton-John is survived by her husband, John Easterling, and daughter Chloe Lattanzi, as well as a life filled with charitable efforts that will continue impacting many people around the world.

Newton-John was known for dominating the international music charts in the ’70s and ’80s, as well as for her starring role as Sandy in the landmark film,Grease. With a career nearly 60 years long, it’s no surprise that she racked up an impressive 10 AMAs, 9 Billboard Awards, 4 Grammys, and Country Music’s Female Vocalist of the Year.

On top of her awe-inspiring music career, her film Grease picked up four People’s Choice Awards and she was nominated for an Academy Award for Best Music, Original Song. She’s also a recipient of two Golden Globe Awards, a Daytime Emmy Award and so much more.

Later in her life, she was recognized for her environmental and humanitarian efforts, becoming a Goodwill Ambassador to the United Nations Environment Programme. Newton-John was also awarded the Order of Australia.

In 2012, the National Trust of Australia named her a National Living Treasure. She was then given the title of Companion of the Order of Australia, and the Queen made her a Dame of the British Empire.

But Newton-John was not simply an actress or renowned singer and songwriter, she was beloved by many for her caring nature and ability to get involved with real issues in the world. She insisted on making a change, not just through her art, but through actively working with organizations and groups that could make those changes happen.

Newton-John constantly defended and championed female empowerment. In fact, she loved to settle the debate over whether Sandy’s transformation in the film Grease was sexist or not. Many women criticizing Sandy for trying to please Danny, but in her 2019 memoir, Don’t Stop Believin’, Newton-John reminded everyone of the power that Sandy held over Danny as well.

She wrote Grease, “was about choice. Wear those pants, or a dress down to the floor. Empowerment comes from calling your own shots and being who you want to be.” Newton-John gave Sandy a voice that was both feminine and strong. And that’s exactly who she was in her own life off-screen. She possessed a genuine tenacity, one strong enough to fight breast cancer for decades, and to make advancements in crucial causes.

Newton-John lived a full life. In many ways. She was versatile in her talents and persistent in her mission to help enforce change, whether it was through humanitarian efforts, environmental efforts, or through a more personal cause of breast cancer research and awareness.

She will be remembered for her kind heart and loving nature. Her legacy lives on through her music and films, which will continue to be as timeless as the memory of her.