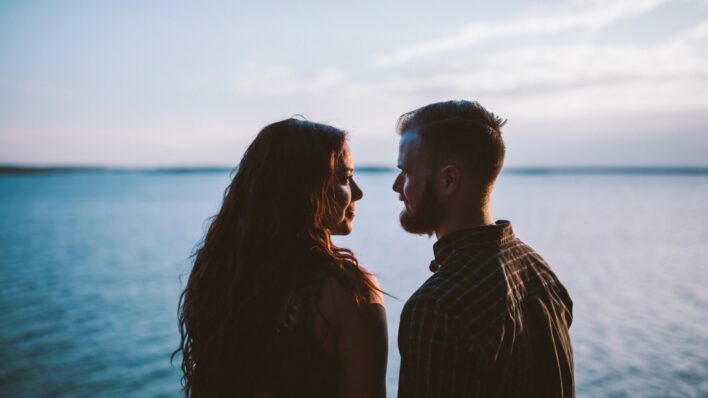 If Your Partner Can’t Say These 7 Things, They Are Probably Not Your Soulmate

How do you know you’ve found “the one”?

That’s a question we’d all like to know, right?

There may be no exact method for discerning whether you’ve finally found that destined partner, however, one thing is for certain: there are certain things that the right person will and won’t. These are things you can look for to help find out if they’re the one for you or not.

In particular, if communication isn’t clear and nourishing, that’s a sign of one of countless different issues that prove they probably aren’t the one for you.

I believe when you meet the right person it clicks, and you both know and you start making it work, you know?

If your partner can’t say these seven things they’re not the one.

Each of you must feel like you can open up to one another and express whatever is on your mind.

There will be times where this is easier said than done, when you really rather not talk about it, but you must always feel able to open up to them knowing that you won’t be judged.

Similarly, if your partner isn’t able and willing to open up to you then there are either trust issues or they’re emotionally unavailable, each which will lead to their own problems throughout the relationship.

Your partner should be able to express gratitude to you for the things you do for them. Without gratitude, without a little thank you or a show of appreciation from time to time, we don’t feel valued.

A lack of gratitude often points to one of several internal issues such as too much pride or even narcissism. Ultimately, if they aren’t willing to express how much you mean to them, they’re not the one for you.

Does your partner tell you that you’re incredible? Does he or she compliment you without hesitation and let you know regularly how valuable and special you are?

Everyone needs a good compliment from time to time. It confirms in us our own self-worth and lets us know that we’re on the right track, however small a confirmation of that a single compliment is.

You partner should express to you how much they believe in you, how valuable you are, and why you’re special. Not just because we like to hear it but because it’s a sign of how deeply they care about you.

No one wants to be in a relationship where they feel like they can’t be themselves. Holding back feelings creates a breeding ground for resentment and hatred,

You wouldn’t stick around if you felt like you couldn’t express yourself to your partner, so you should expect the same thing from them. If communication isn’t healthy enough to where they feel like they can express themselves (even if the cause is their own), they’re probably not the one.

That’s important not just because both people want and deserve the same thing– a partner who believes in their goodness. It’s important because if your partner doesn’t trust you then you can never forge a close bond with them.

A lack of trust in you will make them keep you at arm’s reach, never allowing you to see into deepest reaches of themselves, something that a real relationship that hopes to be in it for the long haul demands.

Your true love doesn’t have to be the one and only friend you have a deep bond with.

However, you must see them like a best friend, loving simply being around them and talking to one another and having a sincere desire to support them in every way possible.

If you aren’t fully comfortable being yourself around them at all times and instead find yourself acting like someone else to either cover up for perceived flaws or to make yourself seem more impressive, they’re probably not the one.

Your partner should want you to succeed, deriving pleasure when you do so and experiencing pain and compassion for you when you fail.

Often, though, one or both persons let jealousy and envy taking the place of joy and loving-kindness, hating their partner’s success as it reminds them of their own believed inadequacy.

But the right person believes in you and wants to see you spread your wings. They want to see you progress no matter how much they’ve progressed themselves while being with you. It’s not an ego battle with them but a sincere desire to for you to be happy because they truly care.