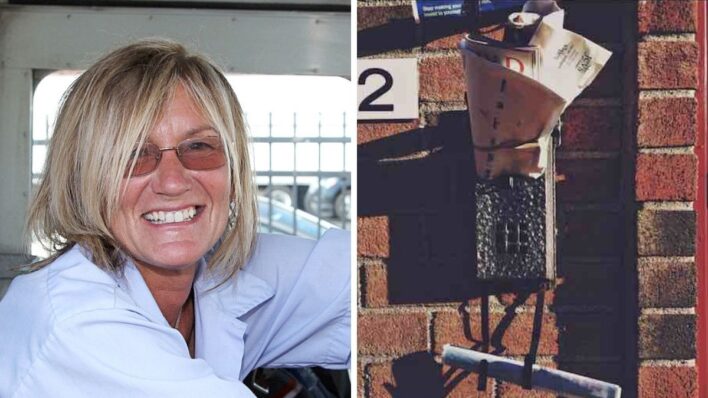 The last thing postal service worker Lisa Sweeney expected on her shift was to save someone’s life.
By Joel Balsam    October 6, 2021

The last thing postal service worker Lisa Sweeney expected on her shift was to save someone’s life.

When US Postal Service worker Lisa Sweeney was delivering on the same route she’d covered for 13 years, she noticed mail piling up in front of Marie Boyer’s door. Immediately, she knew something was wrong.

Marie Boyer lay on the ground in her Staten Island home, helpless and dehydrated for four days. As she swung in and out of consciousness, the 87-year-old desperately tried to get up, but couldn’t. Her only hope was to call for help.

“There were no windows open and I kept calling out, telling someone to call 911, but nobody could hear me,” Boyer told CBS New York in a 2017 story. “I remember thinking to myself, I didn’t wanna die that way.”

Luckily, Lisa Sweeney was passing by Boyer’s house when something in her gut told her to check on the person living there.

“I decided I should call 911. I mean, I didn’t know, but my heart told me she was inside,” Sweeney told CBS New York.

“They came out and told me she was alive. I started crying,” Sweeney said.

Boyer went on to recover and move into a retirement home — but she didn’t stop seeing Sweeney. The two would meet twice weekly to catch up and even to celebrate events like Boyer’s birthday.

“I enjoy every minute talking to her, hearing stories, she’s just a blessing to me,” Lisa Sweeney told CBS.

“If it hadn’t been for her, I wouldn’t be here talking to you.”

When asked if she had something to say to Sweeney for doing this, Boyer said she wanted “to thank her for being in my life.”

How can we help?

This isn’t the first time a postal worker has gone out of their way to help an elderly member of their community — and it won’t be the last.

But postal worker or not, we all have a role to play in making our communities safer. If we’re not calling the police when someone is in danger, maybe we’re chatting with an elderly neighbor to make them feel less lonely. Maybe we’re offering to help someone lift a heavy box up the stairs. Or maybe we’re simply saying an enthusiastic “hello!” to brighten someone’s day.

Whatever it is, we all should be looking up and around at others to see how we might be able to help.

4 Years Ago, He Was Homeless–Today, He Bought His First House

Brooklyn Landlord Cancels Rent For Hundreds Of Tenants, Setting An Unprecedented Example For Others