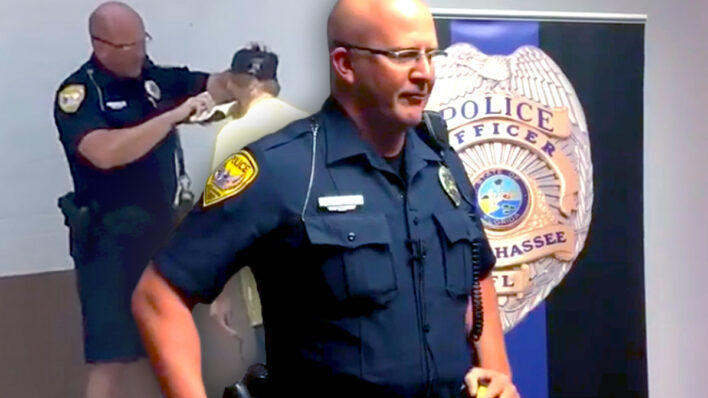 Normally, a story about a man with a blade outside a gas station doesn’t end well. Luckily, Tallahassee Officer Tony Carlson made sure his story did.
By Bryan Liquor    March 21, 2022

Normally, a story about a man with a blade outside a gas station doesn’t end well. Luckily, Tallahassee Officer Tony Carlson made sure his story did.

When Officer Carlson noticed a man brandishing a razor outside a gas station, it would have been easy to react with suspicion. However, on taking a closer look when he arrived on the scene, the officer noticed that the only thing the man was trying to cut… was his beard. When he learned the gentleman’s story, it also cut right to Officer Carlson’s heart.

The man — only known by his first name ‘Phil’ —  explained he needed to shave for a job interview at a local McDonald’s. However, the faulty blade wasn’t working.

“He asked me if I knew anything about fixing a razor because his was broken and if I could look at it,” Officer Carlson said in a video posted on Facebook.

He was excited that there was a chance he was going to get this job if he did this simple thing.

Even more incredible was how Phil landed the interview to begin with. Restaurant owner Raphael Vasquez told TODAY that Phil overheard Judy McLennan, a job recruiter, talk about how two McDonald’s employees found a job while living on the street.

This inspired Phil, who said he could work “just as hard” as the other employees if given the opportunity. McLennan then gave him the goal to clean up — and lose his beard — before coming in for an interview. That was all the motivation he needed.

Carlson went to work, tightening a screw on the razor, taking it in his hands and gaving Phil a close shave fit for a CEO.

How a Kind Police Intervention Resulted in an Incredible Outcome

It turns out that the best was yet to come, as Phil crushed the interview. Yet there was one last obstacle: Phil needed a government ID, but he had none.

In yet another positive turn, a local senator heard about his story and — through officer Carlson — helped him get everything in order.

Ugly crying in New England watching this video. My heart is swelling with love for this story!

Hope it is inspiration for everyone to go out there and do good things!

Carlson you are one amazing man! That was just such a beautiful act of kindness,” posted another.

How the Smallest Gestures Can make the Biggest Life Changes

Carlson said he’s just glad that he was in the right place, at the right time for the right reason.

If he’s wanting to help himself, I need to try and help him as best I can. He was excited that there was a chance he was going to get the chance to get a job if he just did this single thing. I just wish I could have done more.

Shaving, brushing our teeth, getting dressed, all part of our morning ‘routine’ we largely take for granted. Yet for Phil and so many others, they’re huge daily tasks that determine their future.

It takes someone like Officer Carlson — or any one of us — to notice that and lend a helping hand. 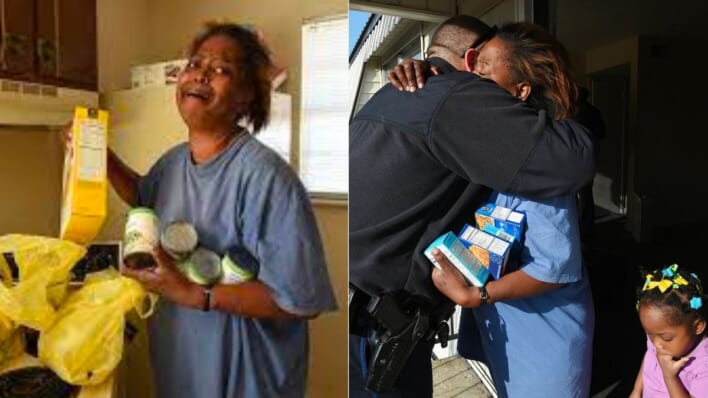