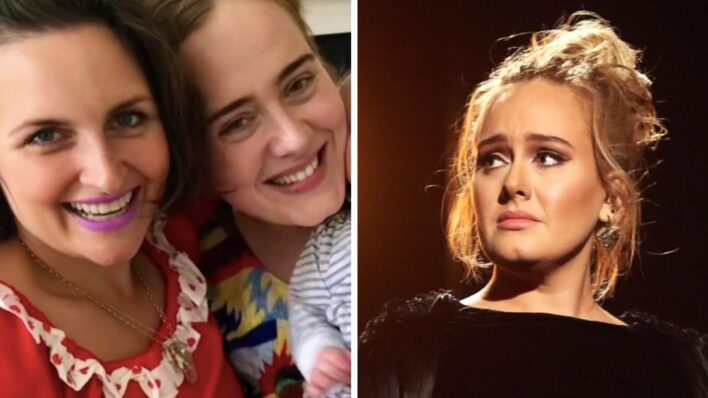 Laura Dockrill’s best friend, the singer Adele, knew something was wrong after the former had delivered her child. And she saved her life.
By Kawter    May 3, 2020

Laura Dockrill’s best friend, the singer Adele, knew something was wrong after the former had delivered her child. And she saved her life.

Unfortunately, giving birth does not always mean the end of pregnancy woes. For many women, complications can occur and sometimes, they can be life-threatening.

This was the case of Laura Dockrill. After giving birth to her son Jet, she was afflicted with a serious condition called postpartum psychosis but she would not have been aware of it, had she not Facetimed her best friend, who happens to be the world renowned singer Adele.

After delivering her son Jet, Laura’s struggles started to manifest almost immediately. Having to feed her son for 24 hours straight deprived her of sleep and exponentially aggravated the symptoms.

The symptoms count paranoia, hallucinations, delusions and strange beliefs amidst others. It requires urgent help.

I was mostly naked, sweating, scratching, bleeding, unable to wash, feeding myself just to feed Jet, feral and sobbing. One day I fed him for 24 hours straight. The sleep deprivation can send you mad.

Laura Dockrill to The Sun

That’s when the paranoia settled in. She began thinking that her stitches would split open and that the teddy bear in her room had surveillance cameras hidden in its eyes.

I was paranoid and thought everyone was conspiring against me.

Three weeks after giving birth, she decided to call her longtime friend Adele to catch up.

Adele immediately saw something was wrong

The pair have been longtime friends. The singer happens to be the godmother of Laura’s son. Adele even dedicated the song “My Same” from her debut album 19 to Laura and officiated Laura’s wedding.

So when Laura Facetimed Adele, who is also a mother, the latter immediately noticed something was wrong with her childhood friend. Laura told her her she was being hypnotized by her father-in-law. The unusual statement raised a red flag. “Adele was so calm on the phone and told me to get some rest,” Laura recalled.

But after the call ended, Adele decided to talk to Laura’s husband. She notified him that his wife was in need of medical help, as she was suffering from postpartum psychosis.

She rang Hugo and explained she thought I was suffering from postpartum psychosis — and that it was classed as a medical emergency. Who knew she would know that? It was the night before Mother’s Day.

Laura Dockrill to The Sun

Laura and her husband went to the hospital, where she was indeed diagnosed with the condition. Unlike postpartum depression and anxiety, which are common in women who have given birth, postpartum psychosis only affects 1 in a 1000 women.

The road to recovery

After a two-week hospitalization, with the appropriate medication and regular follow-ups with a psychiatrist, Laura’s condition improved.

It was a relief to tell the doctors about the paranoia, delusions and suicidal thoughts.

Yet, it was a long way until full recovery, as Laura fell into depression. With her husband’s help, she was able to get past it. “Hugo has been incredible. He has seen everything and still he stayed,” she said.

And the experience, despite its terrifying ordeals, only made her family stronger. “These days, the three of us have an amazing relationship. We are such a tight unit,” Laura said. “Being so ill has taught me to be patient and appreciative. Jet has responded to that. He’s well behaved and intuitive.”

Laura has written a memoir called What Have I Done? which details her journey with mental health and motherhood. With it, she hopes to help other mothers and raise awareness to the serious nature of postpartum mental health conditions.