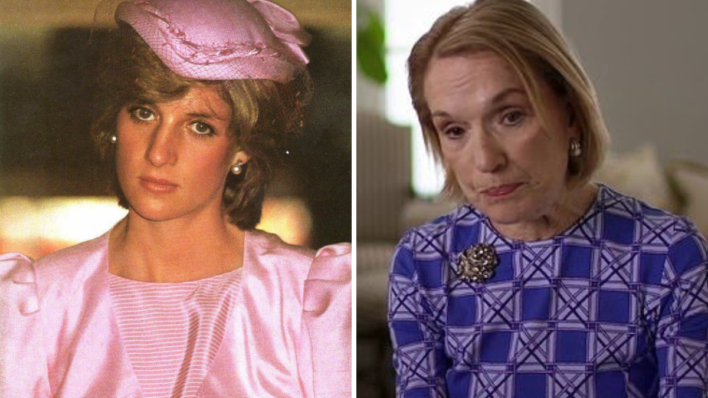 The woman who hired 18-year-old Princess Diana remembers her traits we all cherish even today.
By Bryan Liquor    September 29, 2022

The woman who hired 18-year-old Princess Diana remembers her traits we all cherish even today.

Even 25 years after her tragic death, Princess Diana’s legacy as a loving, lauded figure lives on.

Yet once upon a time, she was just a shy 18-year-old juggling working as a part-time nanny and nursery school teacher, all while trying to be a teen.

The woman who she worked for shared that even then she flashed a caring nature fit for royalty. Her memories will warm your heart and also includes a surprise twist that is vintage Diana.

When a Businesswoman Met a Glowing Young Diana

Linked to over 100 charities, the ‘People’s Princess’ walked the talk when it came to helping others, and often at great risk. From her stigma-smashing work with AIDS patients to her dangerous work for landmine clearance, she led by example while putting her health and image in jeopardy.

Still, she would tell you that her shining success was her unconditional love for her two sons, William and Harry. Even with all the various demands on her time, one cause mattered most to her.

“I live for my sons. I would be lost without them,” she said in an interview.

It has left an impact on her boys. 25 years after her tragic death, they honor their amazing mom. In a recent speech, Prince Harry said, “I want it to be a day to share the spirit of my mom with my family, with my children, who I wish could’ve met her.”

It turns out that Diana’s nurturing personality was clear long before she wore a crown.

Rewind to 1980, when businesswoman Mary Robertson hired a shy teen girl named Diana Frances Spencer to watch her baby boy Patrick. In a clip from the docuseries ‘Diana,’ Robertson recalls her motherly touch.

“She was just wonderful with Patrick,” she said, adding, “That basic warm, trusting, loving, caring personality was always there.”

However, Robertson would soon make a shocking discovery about Diana that would only serve to show how special a person she really was.

How Diana’s True Identity Was Discovered

While Diana might have been royal, she was always humble and down to earth. This, too, was a quality she clearly showed.

Little did Robertson know at the time, but her shy sitter was dating Prince Charles and was just weeks away from being crowned princess. In fact, she would have never known if not for a chance discovery under her couch.

RELATED: The Truth Behind This Photo Of Princess Diana Sleeping At A Formal Event

Recalling the moment to Inside Edition, she said that she had found a deposit slip from Diana’s bank, which Robertson recognized from working in finance as the bank of the aristocracy and the Royal family.

And just what did Diana say when her cover was blown? True to her humble nature, she brushed it off and asked to take Patrick out for a walk.

Even after Diana’s wedding, the two would keep in touch through the years.

Though Diana’s loss still hurts, Robertson prefers to recall what made Princess Diana so special.

“One of her strongest characteristics was she was very tactile, she wanted to hug people, reach out at touch them,” Robertson said.

Some will look back on Diana’s life as one we can never live — a pipe dream. Yet, if there’s one thing we can all take from her life, it’s that success isn’t about crowns, but caring. What made her so special was that she was human, and never let anything change that.

If we could ask her, I’m sure she’d say that the best way to honor her memory is to treat others like royalty.

: How Princess Diana Broke All the Rules — and Changed the World