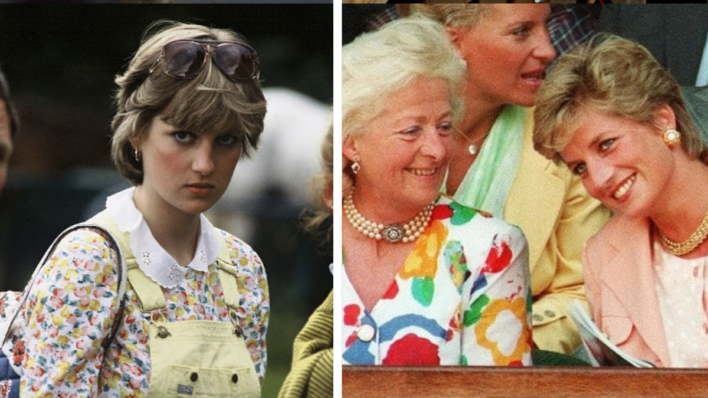 Princess Diana’s mother, Frances Shand Kydd, devoted her last years to charity after she had previously cut her daughter from her life.
By Nicole Garbanzos    June 22, 2021

Princess Diana’s mother, Frances Shand Kydd, devoted her last years to charity after she had previously cut her daughter from her life.

Frances Shand Kydd was a humanitarian and philanthropist who cared for bereaved families and handicapped children. But she was also Princess Diana’s biological mother who left her when she was only eight years old.

Princess Diana had a rocky relationship with her mother. While Diana was alive, Frances grew jealous, angry, and spiteful towards her own daughter. Though her past foes may have called her a “snob and a bad mother,” Frances still managed to live her later years with peace and self-forgiveness, which can be seen in the way she has honored Diana’s legacy through her charity work.

She was the youngest bride to wed in Westminster Abbey

Frances was born into a life of privilege. Her family also had strong ties to the royals, as her mother was a lady-in-waiting to the Queen and her father was a close friend of King George VI. Frances married John Spencer when she was only 18 years old and he was 30. She recalled her marriage as “unhappy,” as she tragically lost her first son, 10 hours after giving birth to him.

She and John eventually got divorced, as she was having an affair with business tycoon Peter Shand Kydd. During her divorce settlement, Frances’ own mother sided with John, which caused her to lose custody of all four of her children—including Diana. Frances was initially labeled as a “bolter, adultress, and the other woman” from both sides of the divorce hearings.

Frances felt resentment towards Diana after being compared to her

When Frances married Peter Shand Kydd, they moved to a remote island to live a quiet life. During that time, Diana became engaged to Prince Charles, which followed a large media frenzy. Sadly, Peter decided to leave Frances for a younger woman, and Frances felt Diana was to blame. She believed the bombardment of the media became too much for Peter to handle.

“I think the pressure of it all was overwhelming and finally, impossible for Peter. They didn’t want him. They wanted me. I became Diana’s mum, and not his wife,” said Frances.

The media constantly compared Frances and Diana to each other, from physical appearance to lifestyle choices. This led her to feel resentment towards her daughter and see her as a rival.

During the same year as Diana’s death, Frances made a call four months prior that would make Diana vow to never speak to her mother again.

Paul Burrell, Diana’s former butler, told The Mirror that he once had to comfort her crying on the floor after hearing hate-filled insults from a phone conversation with Frances.

“What I heard was a torrent of abuse, swearing and upsetting inuendo towards the Princess and towards the male company she was keeping… How prophetic and sad those words were,” said Paul.

What I heard was a torrent of abuse, swearing and upsetting inuendo towards the Princess and towards the male company she was keeping… How prophetic and sad those words were

Paul Burrell to The Mirror

After that phone call, Diana vowed to cut off all communication with her mother. She returned unopened letters Frances wrote her and remained true to her vow until her death in August 1997.

According to Paul, once Frances heard about Diana’s death, she immediately regretted treating Diana the way she did.

“Her mother had to live with that guilt after Diana’s death… for the rest of her life,” said Paul.

Diana’s death made Frances revaluate her life through a new lens. Though she had already converted to Roman Catholicism after her second divorce, it was Diana’s passing that pushed her to continue the work her daughter had done.

I think the pressure of it all was overwhelming and finally, impossible for Peter. They didn’t want him. They wanted me. I became Diana’s mum, and not his wife

According to The Guardian, Frances’ later years brought her the most peace and satisfaction. She raised funds for pilgrimages and charities, supported mothers who lost their children tragically, and worked on various projects involving handicapped children—a cause Diana greatly cared for.

Frances Shand Kydd teaches us an important lesson on redemption. She shows us that no matter how much time we’ve spent on the wrong path, we have unlimited chances to end up on the right one.