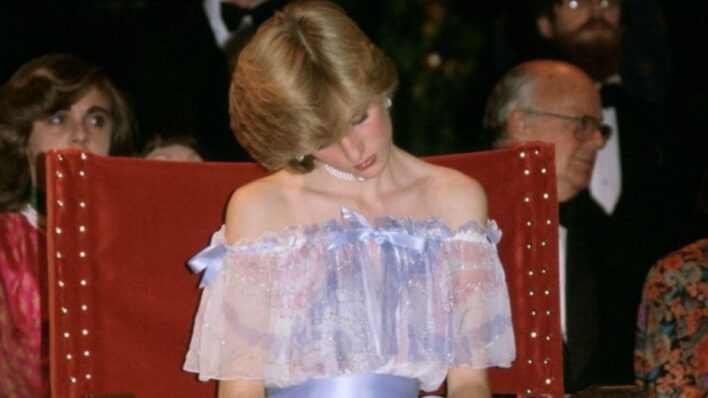 To many, Princess Diana seemed to have it all, but in reality she was privately miserable. The level of suffering
By Aly Walansky    March 8, 2021

To many, Princess Diana seemed to have it all, but in reality she was privately miserable. The level of suffering she experienced wasn’t known to the world until far later.

Now that we know of the tragedy that became her life, looking back at old photos holds a greater significance.

There’s one photo of Diana early in her marriage, sitting in a chair, asleep during an event she was attending as the Princess of Wales. While it may seem strange – and perhaps rude – that the princess would fall asleep at an important media event, there was a reason. Shortly after, it was revealed that she was pregnant with Prince William!

Diana was exhausted, trying to adapt to life as a new wife and new royal. The adjustment wasn’t easy. A new baby on the way was surely going to make things different, at least for a while.

Baby on the way

The first trimester of pregnancy is known to be exhausting, which explains why she fell asleep in the most unexpected of places. After that moment, the palace knew they had to reveal the truth to the curious public. Buckingham Palace released the official announcement that the Prince and Princess of Wales were expecting their first child shortly thereafter.

Sadly, we know now that even though she went on to become mother to the heir to the British throne, she never felt wanted or welcome. Between her strained relationship with the royals and media harassment, she often had suicidal thoughts.

Diana loved her sons William and Harry, and in motherhood, she found the purpose that had been so lost to her. However, as we all know, she didn’t get the happy ending we all hoped for – and she died when her boys were still teenagers.

Things aren’t always as they seem

But that moment, and that photo, it tells a story – and it might not be the story we think it is at first glance. It’s a reminder we never truly know what is going on with someone — and we should always give them all the compassion we can provide, because we never know…it just may be exactly when they need it.