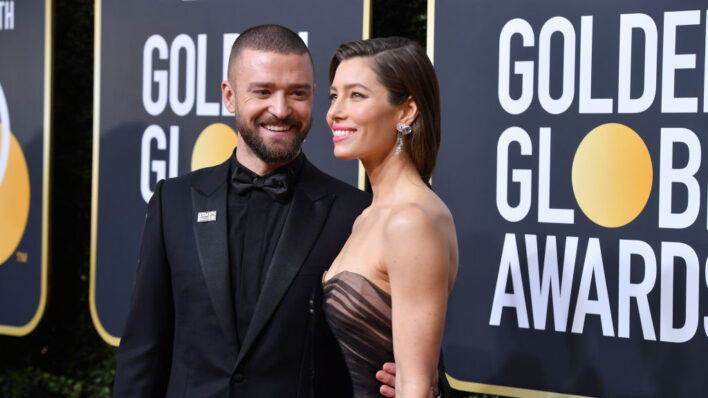 Welcome to #RelationshipGoals, where we’re giving the stage to the power couples we admire. From admirable long-term relationships to inspirational
By Barbara Pavone    May 9, 2019

Justin Timberlake and Jessica Biel may be a poster couple for great relationships now, but that wasn’t always the case. The pop superstar and Golden Globe-nominated actress actually met at a time when neither one of them was truly single.

The year was 2006 and Timberlake was in his fourth year of dating Cameron Diaz, while Biel was in an on-again-off-again relationship with Chris Evans. Understandably, they approached their chemistry with trepidation. When they finally did give love a chance, their union nearly fell apart for good after they broke up in 2011.

True love brought them back together again, however, resulting in marriage and a growing family. The couple tied the knot on October 19, 2012 in Puglia, Italy and welcomed son Silas Randall into the world in April 2015.

If there’s one thing their unshakeable partnership proves it’s that sometimes you really don’t know what you have until it’s gone. Here are the key lessons we can all take away from Timberlake and Biel’s rollercoaster romance.

They took things slow to protect their hearts

In  October 2018, Timberlake published his first book, titled Hindsight: & All the Things I Can’t See in Front of Me, and in the 288-page tome, the singer opened up about his first encounter with his future wife.

It happened at a Hollywood party around 2006 and the pair had a short but memorable interaction. “When I met Jess, it was undeniable how beautiful she is. I made some sort of sarcastic comment, really dry,” he recalled. “Nobody got it except her. She laughed, and I noticed, all of a sudden, and in the way where you wonder if a person’s like you, if they have a very dry, dark sense of humor, too.”

He didn’t make a move that night, but he also couldn’t get her off his mind. “There was just something about that girl,” he wrote. “I had to psych myself up. I had to remind myself that I was me — giving myself a pep talk, shadowboxing with myself, rubbing my own shoulders.”

They next crossed paths when Biel and her friends attended the kickoff show of Timberlake’s 2007 FutureSex/LoveSounds tour in San Diego. After the gig, JT offered to drive Biel and her crew back to Los Angeles on his tour bus and that’s when he finally asked for her number.

They chatted but didn’t make any solid plans, other than seeing each other at the Golden Globes.

“We were both still seeing other people, keeping ourselves safe from getting hurt, from really putting ourselves out there,” Timberlake wrote in his memoir. “It took a bit for both of us to admit to ourselves that we were really, really into each other. When I came back from tour [in December 2007], we spent a month together. After that, I said, ‘I really want to be exclusive.’ And, somehow, she said, ‘So do I.'”

Before he ever called her, Timberlake asked for permission. “I asked my friend if I could call her and ask her out,” he revealed. “My friend called Jessica and Jessica said yes, and so I called her.”

Why the “old-fashioned” approach? “That’s something I learned from both my stepdad and my grandfather — that there is a thing called chivalry and it doesn’t have to die with the birth of the internet,” he explained. “The way I see it, if you’re asking a girl out on a date, it’s only right to do it in a way that she can hear your voice. I had to be pretty persistent in order to get her to say yes. But I have a fair amount of tenacity and if I want something I stick to it. And in the end she agreed.”

They split up… briefly

Believe it or not, Timberlake and Biel actually called it quits in March 2011. Their reps issued a joint statement confirming the news, writing that the pair “mutually have decided to part ways. The two remain friends and continue to hold the highest level of love and respect for each other.”

While the cause was never publicly revealed, both parties did hint at what may have caused friction in their relationship: marriage talk.

Shortly after the split, Timberlake told Vanity Fair, “I said that I think the mistake is that people commit to who that person is right then and not the person they’re going to become. That’s the art of staying together, is changing together. When you say it like that, it seems damn near impossible, right?”

Meanwhile, long before the breakup, Biel admitted to Marie Claire UK in 2008, “I kind of go back and forth about marriage and kids. I feel like, if it’s an organic way for me and the right time in my life, then, yeah. If it’s right, it’ll be right — but, at this moment, that seems completely foreign.”

By July 2011, they were back together again and in January 2012, it was confirmed that the couple were engaged.

They work hard for their love

Relationships are never easy and Timberlake and Biel’s key to success is the fact that they actively work on theirs, setting relationship goals and following through.

Opening up about her marriage on Today in 2018, Biel proclaimed, “Honestly, I just really feel like you have to work hard. That doesn’t change if you work at home or in an office or you’re on a tour. It doesn’t change, the work doesn’t change.”

Speaking with Marie Claire, she also shared the importance of sharing similar values, which can then form a strong foundation.

“We have similar values; we believe in loyalty, honesty. We like to have fun. We like a lot of the same things,” she told the magazine. “Also, in the business, we’re all very career-oriented, and you have to be a little selfish. I understand that about my peers — about being focused and driven — and if you can find that and someone who shares the same values as you, it’s like: Score!”

They’re each other’s No. 1 fans

There’s nothing quite like getting unconditional support from your loved one, but Timberlake and Biel take their cheerleading to the next level. In fact, they’re each other’s biggest fans.

Praising his wife in his memoir, Timberlake wrote, “I have such an admiration for her, especially seeing her as a mother now. But I had admiration for her before. She’s a very good writer. She’s a poet. She’s a tremendous actor. She’s funny. Very funny. And she’s one of the most patient people I’ve ever met.” He concluded, “She changed me. She changed my life.” Biel knows it too. As she told ELLE, “I always say he’s my biggest fan.”

The admiration and support are mutual. When it comes to Biel, she has a penchant for celebrating Timberlake’s milestones and accomplishments on Instagram.

In 2018, she wrote on his birthday, “I’m so proud of all you’ve accomplished and all that is ahead for you… I love you, you hot dad.” The following year, she celebrated his 38th by writing, “I am the luckiest human around to have the honor of hearing your jokes, your words, your voice, every day of my life. Happy birthday to the man of my blue ocean dreams. I love you.”

When Timberlake wrapped up his Man of the Woods tour on April 13, 2019, Biel secretly recorded a sweet message backstage, gushing, “I would say that I’m so proud of you, but I feel like that’s the understatement of the century […] I just am in absolute awe of you every night to see you up there in your glory, doing what you were put on this earth to do,” she continued. “You make my heart burst with joy and love when I see you doing your thing, baby.”