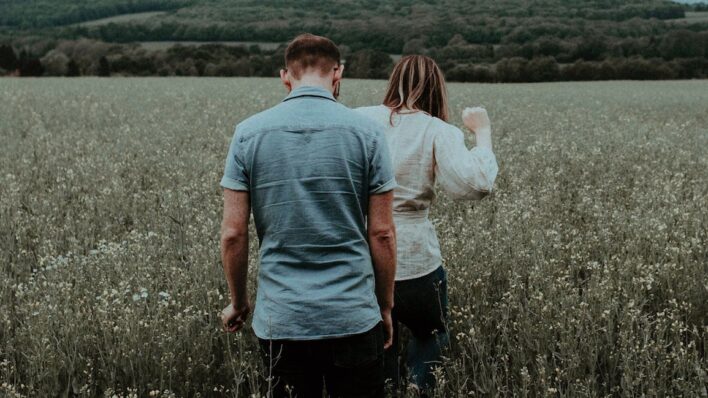 Resentment and anxiety are two very natural emotions. We have all experienced them to some extent. However, when the two go unchecked, they can not only damage a person but also their relationship. This is why shadow work can help prevent the worst.
By Ricky Derisz    April 2, 2020

Resentment and anxiety are two very natural emotions. We have all experienced them to some extent. However, when the two go unchecked, they can not only damage a person but also their relationship. This is why shadow work can help prevent the worst.

The inner emotional world — or the emotional body as some spiritual traditions would describe — is complex and alive. The more we develop awareness and emotional intelligence, the clearer these complexities become. We realize the emotional world isn’t binary, but an assortment of feelings and sensations.

As the subtle nature of emotions becomes clearer, we’re better able to detect different textures of emotion that may occur simultaneously or rapidly one after the other. So far, in the shadow work series, we’ve explored why exploring difficult emotions is integral to personal growth. In this article, I’ll guide you through a specific example to highlight how the emotional body can fuel itself.

As someone who has experienced panic disorder, I can vouch for the way in which we can develop emotions in response to other emotions. Back then, I was afraid of anxiety. I’ve also experienced shame and guilt in response to depression or sadness or anger.

In romance, emotions are generally more intense. Some call this passion. The increased intensity makes emotional intelligence a vital component of developing intimacy. However, it can create a barrier between two people who love each other. One of my most difficult areas of shadow work was the realization I was holding on to resentment for my partner.

Looking at the person in front of me, a woman I love dearly, and feeling difficult feelings simmering under the surface, was a tough pill to swallow. It conflicted with my self-image and my ideal of a caring, attentive, compassionate lover. To make things more complicated, I was experiencing anxiety in response to resentment!

So how, then, do we become unstuck, process this healthily, and move past the difficult feelings to move closer to unconditional love? Here’s the process I went through.

The difference between resentment and anger

Anger is a healthy response to certain life situations. The skill is channeling anger in the right way, not letting it consume us or dictate our actions. Generally as a society we have a difficult relationship with anger; it’s seen as an undesirable or “ugly” trait. But it’s not the anger itself: it’s actions that accompany it that cause problems.

Whereas anger is a burning flame — an impassioned outburst — resentment is a smoldering hot coal. It’s the tinder of that flame which hasn’t been fully distinguished. Resentment in many ways is a pervasive form of unnecessary suffering. Holding on to resentment closes the heart, keeps us energetically blocked, and prevents us from seeing clearly.

The role of blame and victimhood

Shadow work isn’t easy. It takes courage to realize and accept the presence of emotions such as anger and resentment. But it’s the first step which is essential to move on, learn, and grow. It’s not easy to take ownership of resentment. The ego becomes defensive. Consequently, the strong indicators of resentment are blame and victimhood. When we resent, the ego feels everything is someone else’s fault.

Let’s say you notice building resentment because your partner isn’t meeting one of your core needs. In my experience, when a core need isn’t met, the ripple effect can manifest as something so subtle as not asking you how you are or taking too long to reply to a text. In themselves, they aren’t a big deal. But when fuelled by resentment, they become significant.

When resentment builds, our role is to take responsibility, to self-reflect, to communicate. Taking responsibility means not placing control of the situation onto someone else. Responsibility is the acceptance that “this is my resentment.” The next stage is to honestly assess the cause. It could be you feel unloved or that your partner isn’t showing you enough attention.

Honesty is acknowledging where or how you’re seeking fulfillment in your partner, and whether your expectations are reasonable. If I get upset when my partner doesn’t respond for a few hours, clearly there’s an indication of fragile self-esteem. If I’m responding in this way because my partner is always emotionally unavailable, then I can explore what needs to be communicated.

Communication in this scenario is a real test of your emotional intelligence. Expressing resentment without blame is walking an egoic tightrope. But it’s possible. It requires mindfulness about what you’re feeling and openness to express what needs are not being met.

“I’m noticing some feeling of resentment because I feel you keep distancing yourself from me,” is much more desirable than “you keep running away and making me angry.”

Anxiety and the barrier to growth

Let’s return to anxiety. Remember in the emotional world, emotions respond to other emotions. Certain emotions can conflict with your self-image: the example I used was being an attentive, caring, compassionate partner. In an earlier article on skilled niceness, I explain how our self-image can limit authentic expression. The same applies here.

If I have a concept of myself as nice and caring, when anger arises or resentment builds, I may repress or shut down these feelings because I don’t want to take ownership. Because I see these emotions as wrong or not who I am, I push them away. But as explained, the purpose of shadow work is to explore and accept the depths of the unconscious so we can integrate and grow beyond them.

In my experience, anxiety often masks multiple emotions. I’ve experienced anxiety which is actually anger, or sadness, or jealousy. And, of course, anxiety masking resentment. Such is the peculiarity of the human psyche, we may feel anxious communicating our resentment because we feel it makes us look needy or sensitive or over-the-top!

It’s important to sprinkle self-compassion here. Anger, resentment and all other shadow emotions are part of the human experience. When they arise in a relationship, it’s not the end of the world. It’s our response, not the stimulus, that is the test of our character. Reducing the perfectionist tendencies of always being kind or always loving or always attentive actually allows us to become all of these qualities authentically.

The emotional world is complex and alive and ultimately beautiful. The challenge is finding the beauty in the midst of the darkness, to alchemize difficult feelings such as resentment, to open your heart through the tension and to choose to return to love. And remember, if you slip up, you’re only human.