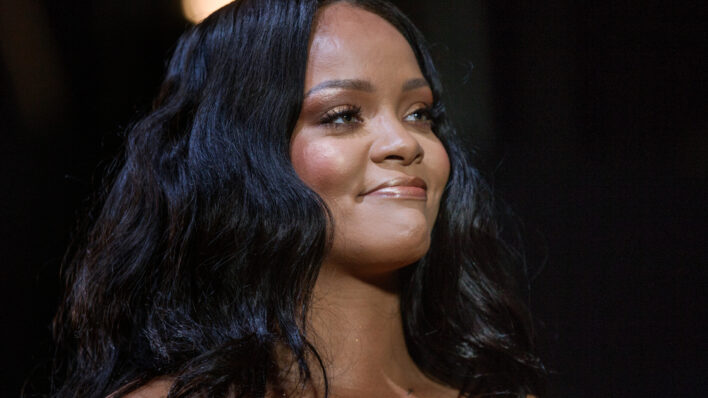 Rihanna Gets Vocal About Embracing Flaws, Uses Her Platform to Spread Message of Unconditional Self-Love

In more than a decade of stardom, Rihanna – born Robyn Fenty – has reinvented herself time and time again.
By Eliza Theiss    May 4, 2018

In more than a decade of stardom, Rihanna – born Robyn Fenty – has reinvented herself time and time again. And her business ventures in the fashion and beauty world have given her the opportunity to promote body positivity and inclusivity.

But Rihanna’s crusade for inclusivity isn’t relegated to the products she creates and sells. She leads by example by being herself and feeling comfortable in her own skin no matter what others may say or think.

She just posted a series of pictures of herself enjoying a sunny day out on Instagram – complete with body hair and stretch marks, which drove over 3.8 million views to date, along with a barrage of praise. As she told Vogue, you just have to go with the flow, enjoy life and love yourself.

You’ve just got to laugh at yourself, honestly. I mean, I know when I’m having a fat day and when I’ve lost weight. I accept all of the bodies. I’m not built like a Victoria’s Secret girl, and I still feel very beautiful and confident in my lingerie.

Now, the star’s wildly anticipated new lingerie line Savage x Fenty – set to drop only a week from now – will cater to a wide range of body types from XS to 3X, since, as Rihanna puts it, “savages come in all shapes and sizes.”

In fact, rumors have been swirling that bra sizes will be expanded even further than their current 32A to 44DDD range to welcome an even greater variation of body types.

And when it was time to create her own beauty line, Fenty Beauty, the pop-culture icon made sure everyone was going to find something that resonates among her products.

With 40 different shades of foundations, Fenty Beauty landed in the beauty industry as a revolutionary new brand, reaching $72 million in sales in its debut month alone. Stocks sold out so quickly certain items had months-long waiting lists. One thing Rihanna didn’t expect? The emotional impact the products would have.

“As a black woman, I could not live with myself if I didn’t do that. But what I didn’t anticipate was the way people would get emotional about finding their complexion on the shelf, that this would be a groundbreaking moment,” she told Vogue.

Starting out as a teenage pop star, few could have predicted the global dominance Rihanna would reach.

At only 30, she has released eight albums, sold out countless venues, starred in movies, started a charity, launched a wildly successful make-up and beauty line and is about to launch a direct-to-consumer lingerie line that has already set the internet and fashion world ablaze – and has done it on her own terms, embracing her flaws and ignoring haters.