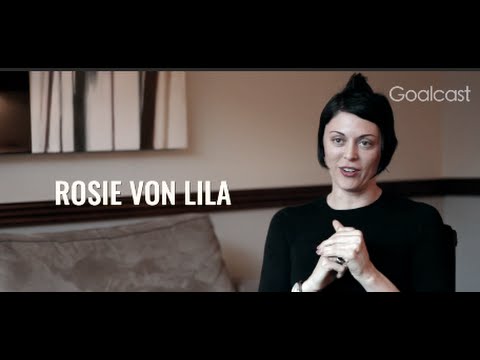 Transcript: “So, up until last year the story that I had been living with was that when my Mom and
By Goalcast    August 12, 2016

Transcript: “So, up until last year the story that I had been living with was that when my Mom and

“So, up until last year the story that I had been living with was that when my Mom and Dad divorced when I was three, my dad disappeared. And he was living in the United States, but was originally from Canada, and we though that he had left the country to avoid playing child support, because we never heard from him again. And so for 30 years, up until last year, this was the story that I had. And last year, I had this very strong impulse that I needed to find him, that it was time. And I was at a meditation retreat, and we did this, like, sharing circle. And I said, I’m gonna look for my dad. And I said, I don’t know if anybody here can help me, but I need help, so if you can help come and let me know. And there was, right after we finished, there was a man who came up to me and he asked me a few questions, and he said, I can help you. And it turned out that he was an investigator, an investigator for a major bank. So, he had access to all kinds of information. I had my dad’s social security number, and I had basic information about him. And so, within a few days, I got a message back from the guy who was helpful, and it said, I’m so sorry, it shows that he’s deceased. And it turned out that he had passed away six months after my mom and he had divorced. I think things have shifted, where women nowadays don’t encounter the same level of oppression that our prior generations did. You have a lot of freedom now, and there still is wage inequality. There still is gender inequality, and that said, we are making progress, and you can see it. You can see it in opportunities we have available to us. You can see it in the amount of women who are in leadership. And there’s still a huge distance for us to go before we reach full equality, but we’re making progress. And so, I think that it’s a cop out, anytime somebody blames their inability to make something happen because of the circumstances. And that’s a generalization, of course there’s other circumstances, but I think that any of us, any human being, can have, can do, and can be, anything that they want. And so, if a young woman has a dream, she’s gotta work on it. She has to give it focused attention and persistent effort. So, I wrote a framework on how to inspire people to engage in the world, and it does two things. The first thing that it does is it inspires people to awaken to being solutions creators, and idea makers. And it does, I like to say, that it shifts people from being passive consumers of life who are just waiting for other people to solve whatever it is that they’re complaining about. Okay, going back to my dad. I had this story, the story went like this. And it sounds, as soon as you say, Okay, this is one of the exercises, you write down what the limiting belief is, okay, and then you say it out loud. And every time I do this, I go, that’s so stupid. Every single time. Okay, so the limiting belief was, because my dad wasn’t around and didn’t teach me how to engage with boys, I don’t know how to interact with men, and therefore, I can’t have the relationship I want. And that’s just not true. And so, the real belief that I’ve adopted is I have all the experience, I have all the knowledge to have the relationship that I truly want. If I were to share one life lesson with the audience at Goalcast, it would be for you to truly know that you are on this planet for a reason. You’re on this planet to create joy in your life. You’re on this planet to create freedom for yourself. To have fun, to feel amazing, to contribute to the ever expanding, beautiful blossoming of life. And no matter what’s going on in the world, no matter how dark it may seem, know that humanity is united. We are coming together in a way like never before, and we have tremendous opportunities at this time to make the world be the world that we want it to be. ”