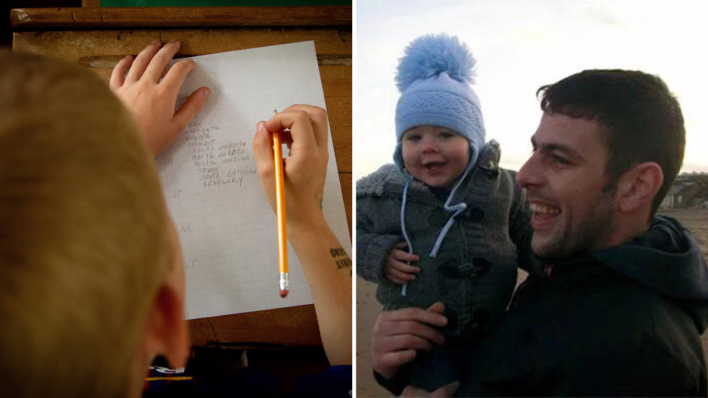 Little Boy Asks Mailman To Deliver A Letter To His Dad In “Heaven” – Then, He Receives A Reply

A busy postal worker was touched by the little boy’s letter and decided to go above and beyond for him.
By Sophie Babinski    July 22, 2022

A busy postal worker was touched by the little boy’s letter and decided to go above and beyond for him.

However, one mailman decided to go above and beyond when he saw a letter from a grieving little boy that he just couldn’t ignore.

Grief is hard for any one of us to handle, but it can be even harder for young children who don’t necessarily understand what has happened when a loved one dies. One little boy named Jase was dealing with feelings of grief about his father who had passed away.

His father’s birthday was coming up, and Jase was looking for a way to celebrate with him. He decided to write his late father a birthday letter and mail it to him. On the envelope, he asked the mailman to please help him get this letter to his father in heaven, writing: “Mr. Postman, can you take this to Heaven for my dad’s birthday? Thanks.”

Jase’s letter, which might have just ended up in the garbage, ended up on the desk of Assistant Delivery Officer Manager, Sean Milligan. The letter immediately touched Sean’s heart, and he decided to write back, saying:

While we’ve been delivering your post, we became aware of some concerns. So I just wanted to take this opportunity to contact you about how we succeeded in the delivery of your letter to your dad in heaven. This was a difficult challenge avoiding stars and other galactic objects on route to heaven.

He went on to write, “However, please be assured that this particular important item of mail has been delivered. Royal Mail’s priority is to get our customer’s mail delivered safely. I know how important your mail is to you. I will continue to do all I can to ensure delivery to heaven safely.”

RELATED: 4-Year-Old Sends a Note to Her Dad in Heaven – Days Later, She Receives a Package From Him

Sean’s letter reached Jase, whose heart was lifted knowing that his father would receive his birthday wishes. His mother, Teri Copland, posted about the exchange on Facebook, thanking Sean for his actions and helping make the world a better place for her son.

Her post went viral and was shared thousands of times. This story is proof that doing something kind not only benefits the person doing the kind action and the person receiving it, but it has a ripple effect that can benefit thousands of people from around the world.