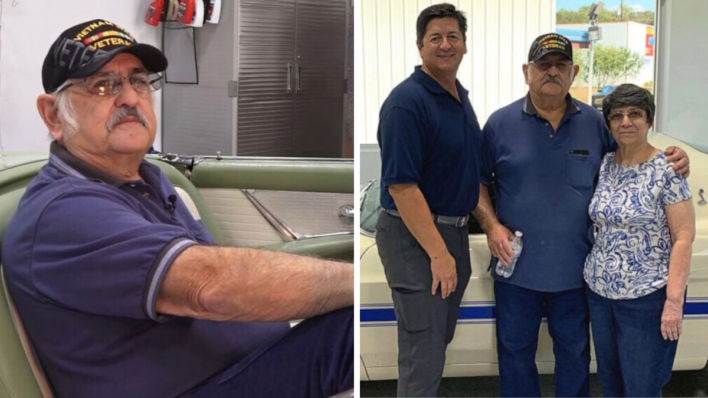 One boss of an auto restoration shop rewarded his employee’s loyalty by paying off his remaining mortgage so that he could retire early.
By Sophie Tolias    January 20, 2022

One boss of an auto restoration shop rewarded his employee’s loyalty by paying off his remaining mortgage so that he could retire early.

Albert Brigas worked hard as a mechanic for Rudy Quinones, owner of Renown Auto Restoration in San Antonio, Texas, for more than a decade. So, when Brigas announced he planned on retiring as soon as he paid off his mortgage, Quinones stepped in to speed up the process.

Quinones paid off the $5,000 Brigas had left of his mortgage as a tribute to the 69-year-old’s hard work and loyalty, helping him start his retirement a few months early.

“His family was very close to our hearts and the fact that he gave us so many loyal years of service… He’d come to work sick, he never came in late. He is just one of those guys that had so much pride in what he did,” Quinones added.

Albert is a humble individual, extremely hardworking, would give the shirt off his back to anyone.

Quinones joined Brigas and his wife Sylvia at the bank, where they paid off the mortgage on the house they had lived in for the past 24 years.

To give them something they’ve been yearning for their whole lives. It’s incredible.

One of Quinones other employees, Joseph Winkler, notified the media about the act of kindness.

“Not enough good news is out there and this is one of those things that I thought needed to be shared, so people know hey there are people out there that do good things for other people,” he told KENS5.

Brigas served in Vietnam and worked as an aircraft mechanic in the Air Force before he went on to work for Quinones for the last 13 years. Now retired, he’s looking forward to spending more time with his 12-year-old granddaughter and new grandson.

Inspiring to give back

As for Quinones, he hopes this story inspires employers and managers to give back to employees who put “so much heart into their work.” It’s true what they say- a company is only as good as its best employee. If you’re in a position to do so, make sure you’re creating a culture of recognition and show your employees you value them.