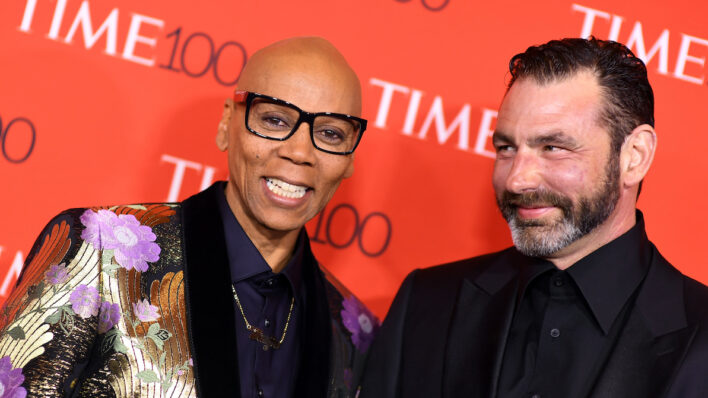 RuPaul and husband Georges LeBar have been together for 25 years and the secret to their long-lasting relationship is their unconventional approach to love.
By Barbara Pavone    January 10, 2020

RuPaul and husband Georges LeBar have been together for 25 years and the secret to their long-lasting relationship is their unconventional approach to love.

RuPaul Andre Charles needs no introduction. The singer-songwriter and pop culture icon is a six-time Emmy winner who has brought drag performance into the mainstream with his show, RuPaul’s Drag Race.

But what many of his fans may not realize is that, as outlandish as RuPaul can be on TV, he’s actually got an incredibly stable (and understated) personal life. In fact, he has been in an unshakeable relationship with Australian rancher Georges LeBar for over 25 years.

Their secret? Playing by their own rules and doing so unapologetically.

Here’s what we can learn from RuPaul and Georges LeBar’s relationship:

When RuPaul first saw the love of his life in a New York City nightclub in the 90s, he had absolutely zero doubts that he needed to talk to him.

“I met Georges right on the dance floor at the Limelight disco at 6th Avenue and 21st Street on his birthday in 1994,” he recalled in a 2019 interview. The first thing that caught his eye was LeBar’s height — “He was 6’8” at 12-years-old,” the TV personality quipped — and as he watched him “dancing like a maniac,” he was pulled towards him.

Despite their 13-year age difference –RuPaul was 34 at the time while LeBar had just turned 21– there were no doubts on either side. What they had experienced was more than a dance floor fling — it was pure magic. Magic that would lead to a lifelong romance.

They’re open about being open

RuPaul has always been true to himself and over the years, he’s spoken publicly about finding  the right relationship formula that works for him and LeBar, even if it may seem unconventional to some.

As the Emmy winner told The Guardian back in 2018, their winning formula is all about trust — and freedom. “If [LeBar] needs to do something else somewhere else, I’m fine with that,” he said.

I love him too much to try to put shackles on him. Love is free.

LeBar has his own successful career

Rather than fostering any sort of jealousy or resentment towards his partner’s massive fame, LeBar is happy staying out of the spotlight and pursuing his own career. As RuPaul revealed in 2017, his husband “doesn’t care about show business at all.”

He could care less. Most of the time, he’s on the ranch.

That ranch is a 60,000-acre property he manages, which spans across Wyoming and South Dakota and is the reason why they spend much of the year apart. “We see each other about every three weeks,” RuPaul, who works in Los Angeles, told Interview. He continued, “But, you know, we’re adults. We can handle it.”

But while they’re each wholeheartedly pursuing their individual careers, they never forget to support one another’s passions. When RuPaul’s Drag Race took home the Emmy for Outstanding Reality Competition Program in 2019, LeBar was on-hand to cheer on his hubby. As RuPaul once noted, finding “someone you know is going to be looking out for your best interests, no matter what — that’s really key.”

They continue to play by their own rules

Based on that bold statement, it sure seemed like a walk down the aisle would never happen. Jump to 2017 and the couple said “I do” in a secret ceremony on the 23rd anniversary of their first encounter.

Explaining their change of heart, RuPaul admitted it was primarily a business decision, proclaiming, “that paper don’t mean nothing… if you’re devoted to a person, nothing’s going to change that.”

We can all learn from their unconventional relationship

It’s that unfaltering devotion to one another, combined with their refusal to follow the status quo, that has resulted in over 25 years of bliss. They’ve made the decision to be with each other. “There isn’t a person on this planet I like being around more than him,” RuPaul told Interview — and to not let anything, or anyone, stand in their way.

When building a strong foundation, it’s okay to shut out the rest of the world and decide what works best for you, even if it goes against the norm. Listen to each other, trust each other, and you’ll be able to rest assured that your relationship will withstand the test of time.