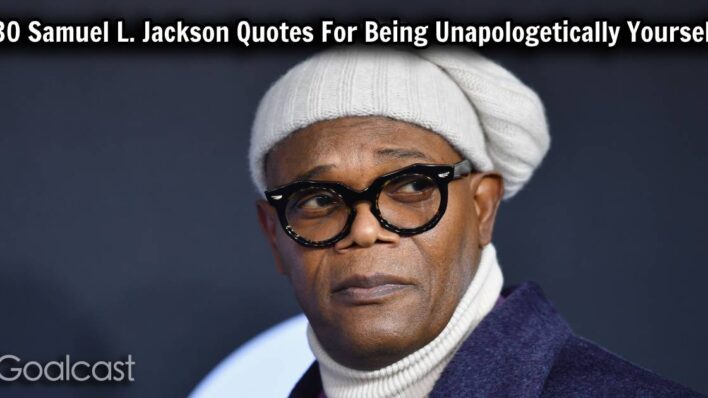 30 Samuel L. Jackson Quotes For Being Unapologetically Yourself

Considered the hardest working and, in 2011, the highest-grossing actor of all time, Samuel L. Jackson worked his way into the hearts of millions.

With an unapologetic attitude, when Samuel says something, people will remember it for a long time. The countless memes on the internet are statement that his interpretation of certain movie lines have had a lasting effect on his audience.

Samuel L. Jackson began his acting career on stage before impressing his fans with stormy speeches up to five pages long, in Quentin Tarantino’s Pulp Fiction. If you haven’t watched this classic yet, what are you waiting for?

He was a drug addict for many years and never shied away from openly talking about his addiction. The love he had for his family and career helped him through rehab. Now, older and wiser Jackson still remembers how it felt to hit rock bottom and how hard it was to find the necessary strength to get back up.

This actor is a wizard with words — whether he’s off-screen standing up for what is right or on-screen assembling a team of superheroes.

Here are 30 Samuel L. Jackson quotes on having what it takes to make history:

If you have an opportunity to use your voice you should use it.

The best advice that was given to me was that I had to be 10 times smarter, braver and more polite to be equal. So I did.

Take a stand for what’s right. Raise a ruckus and make a change. You may not always be popular, but you’ll be part of something larger and bigger and greater than yourself. Besides, making history is extremely cool.

People know about the Klan and the overt racism, but the killing of one’s soul little by little, day after day, is a lot worse than someone coming in your house and lynching you.

You ain’t got but one life. You ought to live it the way you want.

We’ve come a long way in our thinking, but also in our moral decay.

I don’t mind dying, I just don’t wanna go out like some punk.

Lifelong readers continue to read, finding in books the means to enjoy life or endure it.

If you do not have courage, you may not have the opportunity to use any of your other virtues.

I’m a good son, a good father, a good husband – I’ve been married to the same woman for 30 years. I’m a good friend. I finished college, I have my education, I donate money anonymously. So when people criticize the kind of characters that I play on screen, I go, ‘You know, that’s part of history.’

I grew up in the South with guns everywhere and we never shot anyone. This [shooting] is about people who aren’t taught the value of life.

I’m not as angry as I used to be. But I can get in touch with that anger pretty quickly if I feel my space is being invaded or somebody is not treating me with the respect that I think I want.

Anyone who tells you money can’t buy happiness never had any.

I tend to play characters that I can infuse with certain kinds of humor. Even the baddest guy can be funny in his own particular way. I want the audience to engage with the character on some deeper level so that they leave the cinema still thinking about him.

I don’t understand how people live without creating.

Not everybody goes to movies to get their life changed.

Just ’cause you pour syrup on something doesn’t make it pancakes.

Everything that I’ve gone through informs me and my opinions in a way, I guess because I am a child of segregation. I lived through it. I lived in it and I was of it.

Everybody has to learn that the world works in very specific ways, and you’re not in charge of it.

I guess the worst day I have had was when I had to stand up in rehab in front of my wife and daughter and say ‘Hi, my name is Sam and I am an addict.’

I was a drug addict and I was out of my mind a lot of the time, but I had a good reputation. Showed up on time, knew my lines, hit my marks.

Your playing small does not serve the world. There is nothing enlightened about shrinking so that other people won’t feel insecure around you. We are all meant to shine as children do.

You think water moves fast? You should see ice. It moves like it has a mind. Like it knows it killed the world once and got a taste for murder.

If my answers frighten you then you should cease asking scary questions.

And You Will Know My Name Is The Lord When I Lay My Vengeance Upon You!

I never did one thing right in my life, you know that? Not one. That takes skill.

Mankind Is The Virus And I’m The Cure.

I’m as serious as a heart attack. 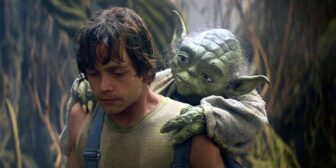 The Best Quotes from Star War’s Yoda About Fear, Patience and Knowledge By Flavia Medrut