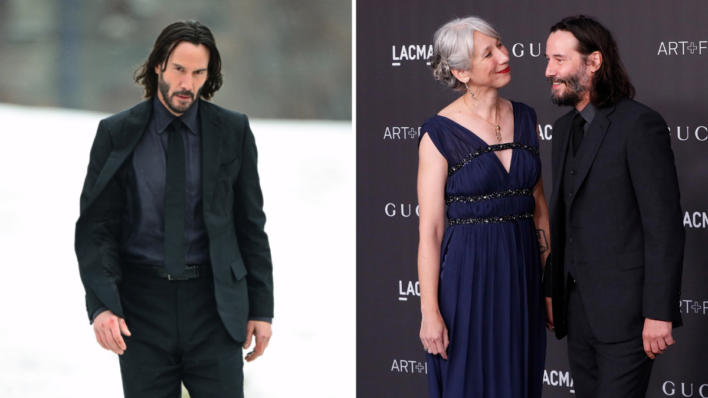 Which Hollywood Celeb Convinced Keanu Reeves to Marry Girlfriend Alexandra Grant – And Why?

Wedding bells are ringing in Hollywood as one of its own, Keanu Reeves, is finally engaged to his long-term girlfriend, Alexandra Grant.
By Lindsey Staub    April 26, 2022

Wedding bells are ringing in Hollywood as one of its own, Keanu Reeves, is finally engaged to his long-term girlfriend, Alexandra Grant.

For The Matrix star, it wasn’t love at first sight. He first met Grant, a visual artist, at a dinner party in 2009. Though they immediately hit it off, they didn’t begin working with each other until two years later and didn’t become romantic after another six years.

Reeves and Grant have kept their love life under wraps. They went public as a couple in May 2019, though they reportedly had already been dating for a year before that.

Keanu Reeves and Alexandra Grant Are Set to Tie the Knot

Even the actual proposal was covert. Reeves was spotted looking for diamond rings in Los Angeles in March, causing massive buzz, and an inside source later confirmed to OK! that the speculation was true: Reeves and Grant plan to walk down the aisle soon.

According to the source, this particular aisle will be a low-key one, as Grant has already started planning the ceremony, “which will be very laid-back and take place outdoors before a small group of family and friends.” There will also be personalized vows written between the two lovers, with the source adding, “no doubt it will get very emotional.”

How Did Keanu Reeves Realize Alexandra Grant Was “The One?”

57-year-old Reeves reportedly proposed after working on a project abroad. The time he spent with 49-year-old Grant while filming made him realize he could not live without her.

“Keanu popped the question after they returned home from Europe, where he was filming back-to-back movies, and she was there the whole time to support him,” the source told OK!

Sandra Bullock, who has been friends with Reeves since they played love interests in Speed in 1994, helped convince him to make that final leap into love. According to a source, “it was a heart-to-heart with Sandra that finally inspired him to put a ring on, and he’s so happy that he did.”

“Alexandra is a huge light in his life,” the source continued. “Everyone can see how she fills him with joy.”

40 years Ago, Christopher Reeves Got Brutally Honest on Live TV – His Surprising Message Is Still an Inspiration Today Celebrities