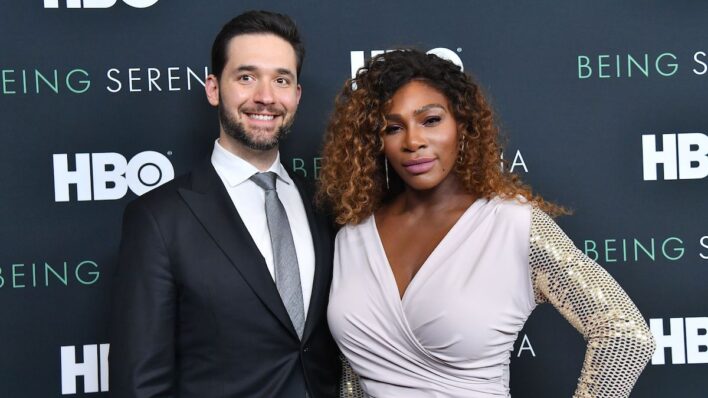 Many have carried ridiculous stereotypes about Serena Williams’s love life based on her appearance and personality. And the reality proved everyone wrong.
By Shaoni Das    September 28, 2020

Many have carried ridiculous stereotypes about Serena Williams’s love life based on her appearance and personality. And the reality proved everyone wrong.

Serena Williams is more than a tennis extraordinaire. In the last few years, she has emerged as one of the most empowering, inspiring, and confident women of our time. It’s not just her impeccable and unprecedented records on the court that have made her a downright champion; it’s the way she continues to motivate millions of women around the world and encourages them to be proud of who they are and to never stop striving for the best.

While it’s quite natural to admire her as a woman and as a tennis player, it’s equally necessary to keep in mind that Serena Williams in fact is not a superhuman. In many ways, she’s just like you and me. She has won countless titles over the decades but she’s also a wife, a mother, and a woman doing her best in the face of criticism and adversity.

Many have carried ridiculous stereotypes about Serena’s love life based on her appearance and personality. Many assumed that she would never be able to find love unless she changed herself drastically to someone she was not. Yet Serena continued to break those expectations on the daily and proved to the world that she didn’t have any trouble in that department.

Her ability to maintain confidence in herself is a lesson to all of us on how we can approach love in our own lives: love for others as well as love for ourselves.

Serena has dated some of the most attractive, successful men in the past

Any misconceptions about Serena being “unlovable” need to be put to rest immediately. If one takes a glimpse at the list of the men she has dated or rumored to have dated, it should tell you everything you need to know.

From fellow tennis players to famous rappers to movie directors, men certainly haven’t had a problem in accepting Serena’s unconventional body or personality. Most of all, these men pursued a relationship with her knowing full well that she’s a force of nature and would oftentimes be way more powerful than them.

Between 2004 to 2006, she dated director Brett Ratner. She was with Amar’e Stoudemire, a basketball player, in 2010. In 2012, Serena Williams dated tennis player Grigor Dimitrov. Serena and rapper Common had an on-off relationship between 2007 and 2010, and she even appeared in one of his music videos. Serena and Drake also had a brief relationship in 2015.

The latter two men have spoken about being with Serena even after the relationship had ended. Drake released a song called “Nothings Into Somethings” which was heavily rumoured to be about Serena. Through the lyrics of the song, the rapper laments on reading about Serena’s engagement through someone else and regrets how she wasn’t able to “wait” for him.

Whereas Common has had nothing but positive things about his relationship with Serena. He’s talked about how hard it was being in the public eye with Serena, as she’s always been an international figure drawing so much attention.

But he’s also been supportive of her success in the years since their break-up. From tweeting about her wins on the court to sitting down to have a conversation about race, he holds nothing but respect for his former love. He spoke about maintaining a friendship with her post-breakup:

We got a great understanding and I care about [Serena] as a person. Most of the women I have dealt with in my adult life, I care about, so we can keep that friendship. You still have that respect, you have love for them, and you want to see them do well.

It’s clear as day that the men that Serena has dated still maintain some form of love for her — a testament to her character and her qualities as a girlfriend and lover.

We have already spoken about the wonderful love story of Serena Williams and her husband Alexis Ohanian. Since their engagement and birth of their daughter Alexis Jr, the two have basically become “couple goals” in the last couple of years. Being the co-founder of Reddit and a tech entrepreneur, Alexis could have easily let Serena be the traditional stay-at-home mother while he travelled the world and worked on expanding his own businesses.

But yet Alexis went against the traditions and became Serena’s superfan. He doesn’t get jealous about her success and he definitely doesn’t feel emasculated to travel all around the world to be there for his wife. Speaking on his role as Serena’s husband, Alexis said:

At the end of the day, sometimes her career really does have to come first. I try to be the most supportive partner I can be and to have conversations with her about her career goals and what she can do to reach them. […] I’m far from perfect, but I try to get behind her and let her know I’m there for her and our daughter, no matter what.

Alexis further discussed having an equal partnership in marriage and the importance of “showing up” for your partner. He’s become a staunch advocate for paid paternity leave and believes that in order to strike a perfect balance between work and life, compromises have to be made. He chooses to make those sacrifices so his daughter can have a proper father presence in her life.

Furthermore, he’s also the ideal romantic husband. From sweeping Serena off to Venice when she has a pasta craving to ensuring they’re never two weeks apart from each other, he doesn’t leave a single stone unturned when it comes to making his wife a priority.

Never stop rooting for yourself

Serena Williams has not always been the confident woman we see before our eyes today. She’s struggled with her own share of insecurities and poor self-esteem. But when you’ve achieved everything there is to achieve in the world of tennis and you’ve found the love of your life, you begin to remember that there is a lot to love about yourself. As Serena said:

Since I don’t look like every other girl, it takes a while to be okay with that. To be different. But different is good.

Each of us is unconventional in our own ways and though we might not have the achievements of Serena, we can’t forget we’re significant no matter what.

Much like how there’s been a change in how the public perceives Serena Williams’ beauty, appearance and suitability as a romantic partner, we should also embrace what makes us different and change how we feel about our own qualities.

Because there is absolutely someone in the world that will love you for who you are; therefore, you shouldn’t shy away from what makes you different. Instead, you should lean into it as your life depends on it. Before you know it, the love of your life will be waiting in the corner, waiting to give you the happily-ever-after you deserve.