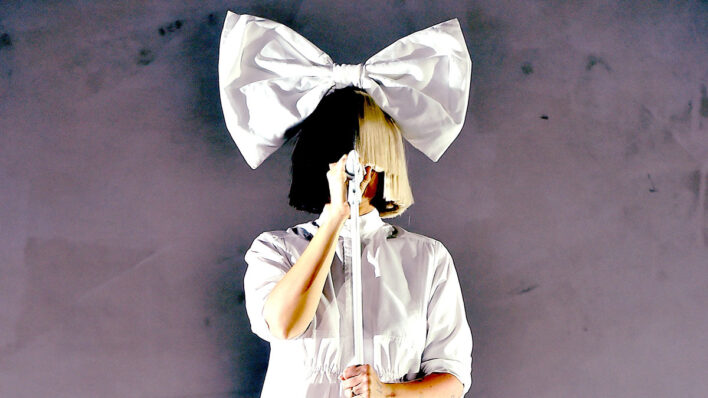 Sia Takes off Her Disguise to Buy Groceries for Strangers

Singer and songwriter Sia is known for hiding her face with oversized hats and wigs, but she revealed her true self in buying groceries for strangers.
By Aly Walansky    December 2, 2019

Singer and songwriter Sia is known for hiding her face with oversized hats and wigs, but she revealed her true self in buying groceries for strangers.

Sia, best known for her hit songs “Chandelier” and “Cheap Thrills”, is somewhat infamous for hiding her face and identity by wearing over-the-top wigs and hats on stage and on the red carpet. But she took advantage of that reputation to give back in an unexpected and sincere way.

As shoppers were scrambling to buy last-minute groceries, Sia went undercover at a Walmart in Palm Springs, California to pay for everyone’s orders!

How Sia’s giving back

In a report by local news station KESQ, it was revealed the singer did not tell anyone who she was, and in fact created a pseudonym of Cici and told bystanders she had just won the lottery.

The singer and songwriter lives with an incurable tissue disorder known as Ehlers–Danlos syndrome that causes her chronic pain. The famously private star stepped out of her comfort zone this year to open up about her condition and encourage others who are living with chronic pain.

I just wanted to say to those of you suffering from pain, whether physical or emotional, I love you, keep going. Life is… hard. Pain is demoralizing, and you’re not alone.

Sia, who sported a simple bun rather than her typical face-covering wig or hat, also stopped by a local TJ Maxx and did the same act of kindness there, simply walking from cashier to cashier and asking “who is next?”

What we can learn from Sia

While Sia had no intention of being recognized or getting attention for this amazing holiday good deed, of course social media took care of that for her and the news spread fast.

If you have the power to make someone’s day better, in a small or big way, why not do it? Sia did, and shows a wonderful side to the performer that is often only noticed for her singing and theatrical presence.

That is what the holidays are all about.